The couple had a tiff and instead of resolving it quickly, the tension bubbled over to the next day.

Moira went to work on the farm, but she came head-to-head with Nate Robinson (Jurell Carter), her hunky new helper.

He set about seducing her on some hay bales and it wasn’t soon before long they were kissing each other passionately.

Thankfully, before any naughty business could take place, Cain arrived back home and put an end to any affair Moira and Nate might have had.

While Moira put it down to a slip-up on her part, Nate insisted the pair have a real connection and he couldn’t let it go.

He tried to convince his crush to continue their trip, however, it seemed there was simply no changing Moira’s mind.

This was even more clear when Moira and Cain were interrupted by Nate and Amy Wyatt (Natalie Ann Jamieson).

Amy is trying to get custody of her son, Kyle Winchester (Huey Quinn), who is currently residing with dad, Cain.

However, the real shocker came when Moira discovered Nate was working closely with his new girlfriend to help her get her boy back.

It all seemed a little too convenient as the farm owner clocked her employee was trying to tear her family apart. 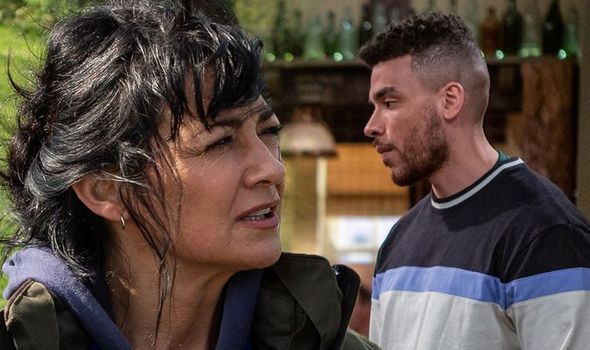 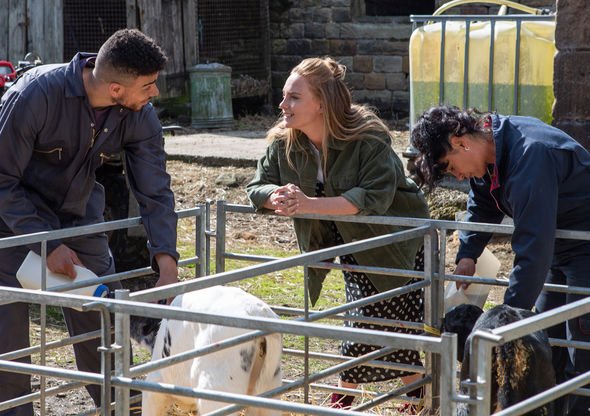 She issued him a big warning as she told him not to try anything because she will overcome him.

However, it seems Nate will keep going towards his end goal, but is it getting Moira or getting Kyle?

What’s more, Moira could be blackmailed by her hunky employee as he threatens to tell Cain the truth.

Although she thinks her husband would het over a quick kiss, she has been reluctant to tell him what happened.

With Cain’s fiery history familiar to viewers, will he let out his anger? 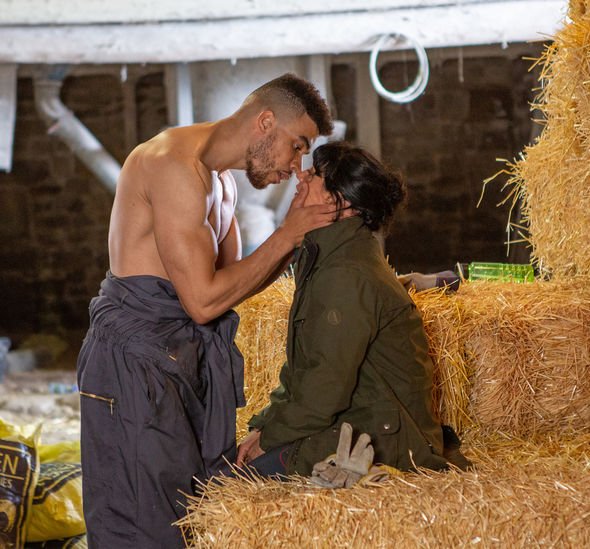 Elsewhere on Emmerdale, Rishi Sharma (Bhaskar Patel) made a deal with the devil as he teamed up with Kim Tate (Claire King).

He was forced to tell his son, Jai Sharma (Chris Bisson) the sweets business was in ruin.

However, Rishi goes to desperate lengths and asks Kim for a loan, knowing full well it will be a disaster.

What demands will Kim make and will she eventually take over the business as well?