The most recent Emmerdale spoilers have shown DI Mark Malone (Mark Womack) face to face with Dawn Taylor (Olivia Bromley), tormenting the former addict with a bag of heroin. The images from filming clearly show the young mother very distressed, and it seems she should be concerned about who else is in the room, because Malone has a plan for Dawn.

Next week, Dawn’s actions are going to bite her in the bum when Malone turns up and demands answers.

Having gone to the police and issued a complaint agains the detective, the corrupt cop plans on intimidating Dawn.

He will explain how her testimony against him has been taken as false and while Dawn tries to pretend this doesn’t bother her, her attitude soon changes.

Malone will produce a wrap of heroin and a syringe from his back pocket, and initially Dawn will back away in horror, only for Malone to torment her with the illegal substance. 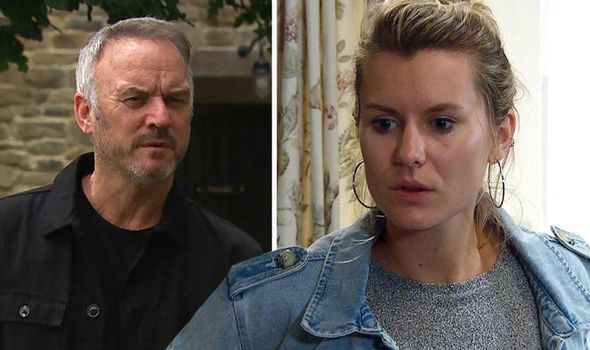 But this is only the start of a much bigger plan Malone has for Dawn.

“I think he’s killed people before and he wouldn’t think twice,” the actor recently revealed.

“He will go on doing what he’s doing until he gets what he wants.

“In a different world he would quite like Dawn, he probably thinks she is ballsy,” Mark added. 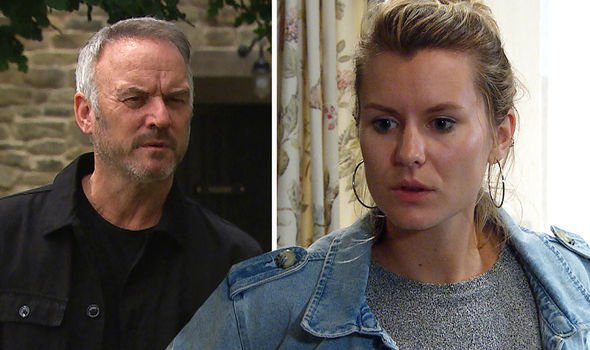 “That relationship has never been given the chance to form, and what he hates is people who betray him.

“Even though there is no relationship with Dawn, in his head once someone betrays you especially in the way that she does it, she compromises everything, his future, his plans it’s unforgivable,” he said in reference to Dawn going to the police and making a complaint.

“I think that’s why he’s taken it to that length, he’s the sort of person who manipulates people because he understands what their weakness is.

“He understands Dawn has got two weaknesses; Lucas and heroin. That’s how I see it.” 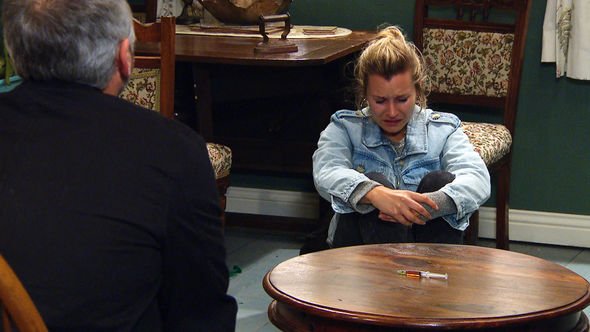 It seems it is only going to be a matter to time before Malone’s dark past catches up with him.

And his affair with vicar Harriet Finch (Katherine Dow Blyton) will also be revealed.

The culprit – who was later revealed as Gabby Thomas (Rosie Bentham) – trashed the Take A Vow office once more.

But this time, Leyla has inside and threw a vase at her as she tried to escape.

When the teenager returned home, viewers saw an injury on her arm.

And some think this is the start of a plot twist.

Emmerdale airs Monday, Wednesday and Friday at 7pm on ITV.