In recent weeks, Emmerdale fans have been eagerly waiting for Chas Dingle (played by Lucy Pargeter) and Al Chapman (Michael Wildman) to be caught out. ITV viewers have watched as the pair have gone behind Paddy Kirk (Dominic Brunt) and Kerry Wyatt’s (Laura Norton) backs as they embarked on an affair. However, it looks like things are going to come to a head after Belle (Eden Taylor-Draper) spotted the two together.

During Monday night’s instalment, Chas and Al spent the day together at a hotel.

However, little did they know Belle was in the hotel foyer when she saw them share a kiss.

“Excuse me, I just wanted to check if you enjoyed our event today,” the hotel employee said to Belle. “Did you see everything you needed to?”

“Yes, thank you,” Belle replied as she watched Chas and Al leave the hotel. “I actually saw a lot more than I thought I would.” 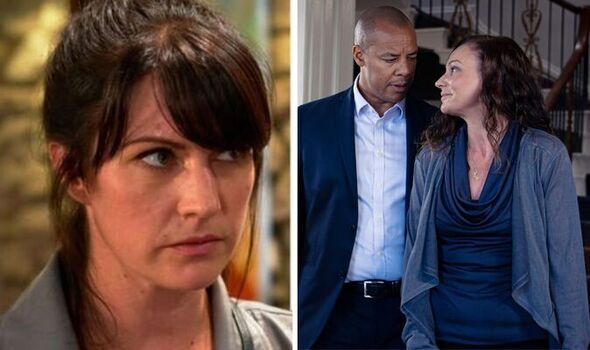 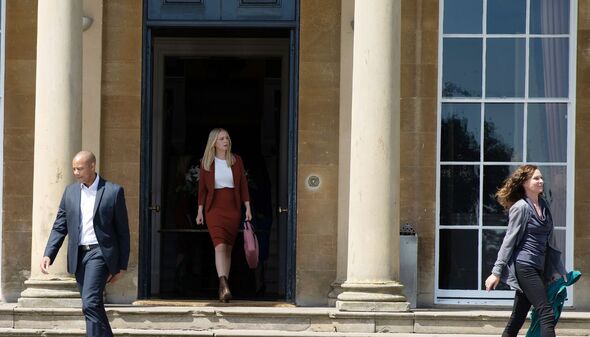 Following the episode, fans have come up with their own theories about how the storyline will play out.

Many seem to think Kerry will leave the village when she finds out about their affair.

The theory would tie in with actress Laura’s recent pregnancy announcement.

Earlier this week, the Kerry Wyatt star confirmed she was expecting her second baby with co-star Mark Jordan. 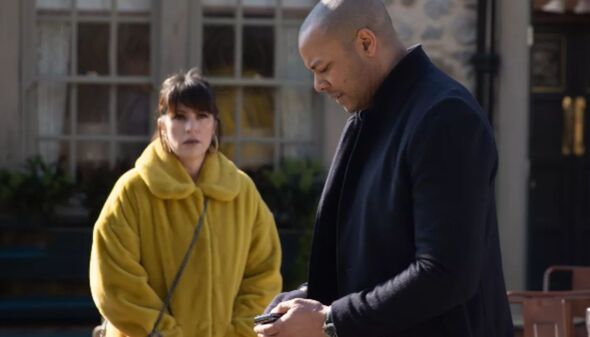 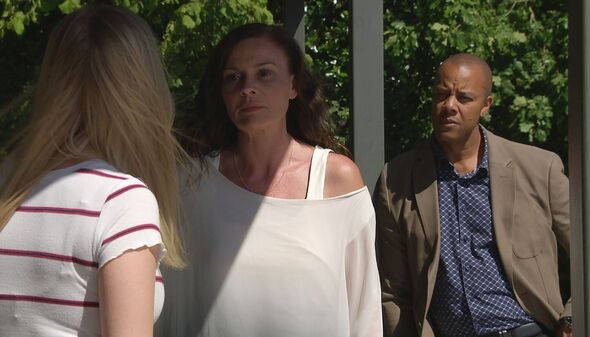 Taking to social media to speak about Kerry’s exit, Leanne White penned: “So with the actress playing Kerry being pregnant In real life her exit will be finding out about Al cheating and either leaving with him to start a fresh or killing him (he is playing in Xmas Panto in Sunderland so must be at least having a break ).”

Ryan Glendenning wrote: “Looks like Kerry is set to take another break from the show then whilst Laura Norton is on maternity leave. Hopefully, this means that Al and Chas’s affair will get exposed. Paddy deserves to know the truth.”

“Ugh! @emmerdale How much longer have we got to put up with this sordid mess?” Carole fumed.

“When does Laura go on maternity leave? Because Al won’t have anywhere to live then & they’ll have to stop their nauseating booty calls then.”

While Jamal went on to add: “And now Belle has seen what she didn’t expect to see, let’s see how long it takes till she tells someone. Probably tell Chas to tell Paddy, or she will or end up saying she knew after one month of dragging the storyline.”

“Oh go on can Belle do something useful for once and expose Chas and Al?” Owen asked.

Mike commented: “Belle has spotted the cheats, Al and Chas.. go and confront them, Belle. And tell all to paddy immediately! #Emmerdale.”

The actor who plays bad boy Al has also spoken out about his latest storyline with Chas.

“He’s going to have some hard choices to make, and I think the fact that Al is so in love with Chas will make him fight for her,” the actor explained.

“Part of me would love a happy ending for them as Al’s pushing 50 years old, he needs to settle down.”

“They’ve always had a connection, so I’m not surprised they’ve had an affair,” Michael added to Digital Spy.

“Paddy’s the perfect man, but he’s safe, and I think Al represents the fire and the danger that Chas feels she’s missing.”