The teen (Eden Taylor-Draper) was shaken up when she received a package of dead flowers, a birthday card, and a mystery text message on New Years Eve – before her pet pig Gloria was slaughtered in Tuesday's episode. 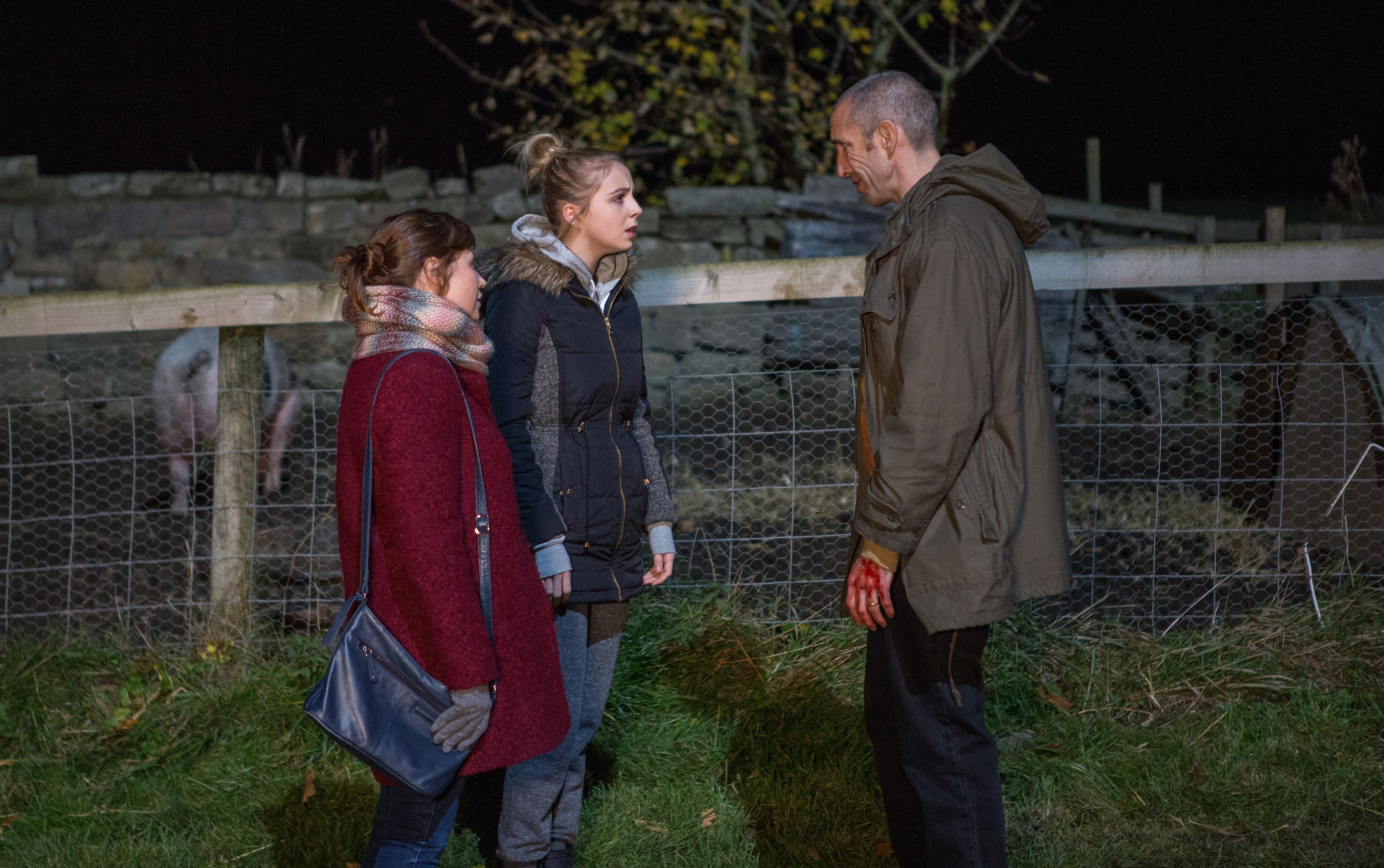 Though Belle is convinced that jailbird Lachlan is behind the stunt – fans online went wild when Sam was seen with Gloria's blood on his hands.One person said: "Sam’s gonna kill everyone"

Another fan reasoned: "Hang on, has Sam just killed a pig with his bare hands?"

And a third person wrote on Twitter: "Sam….you swine!" 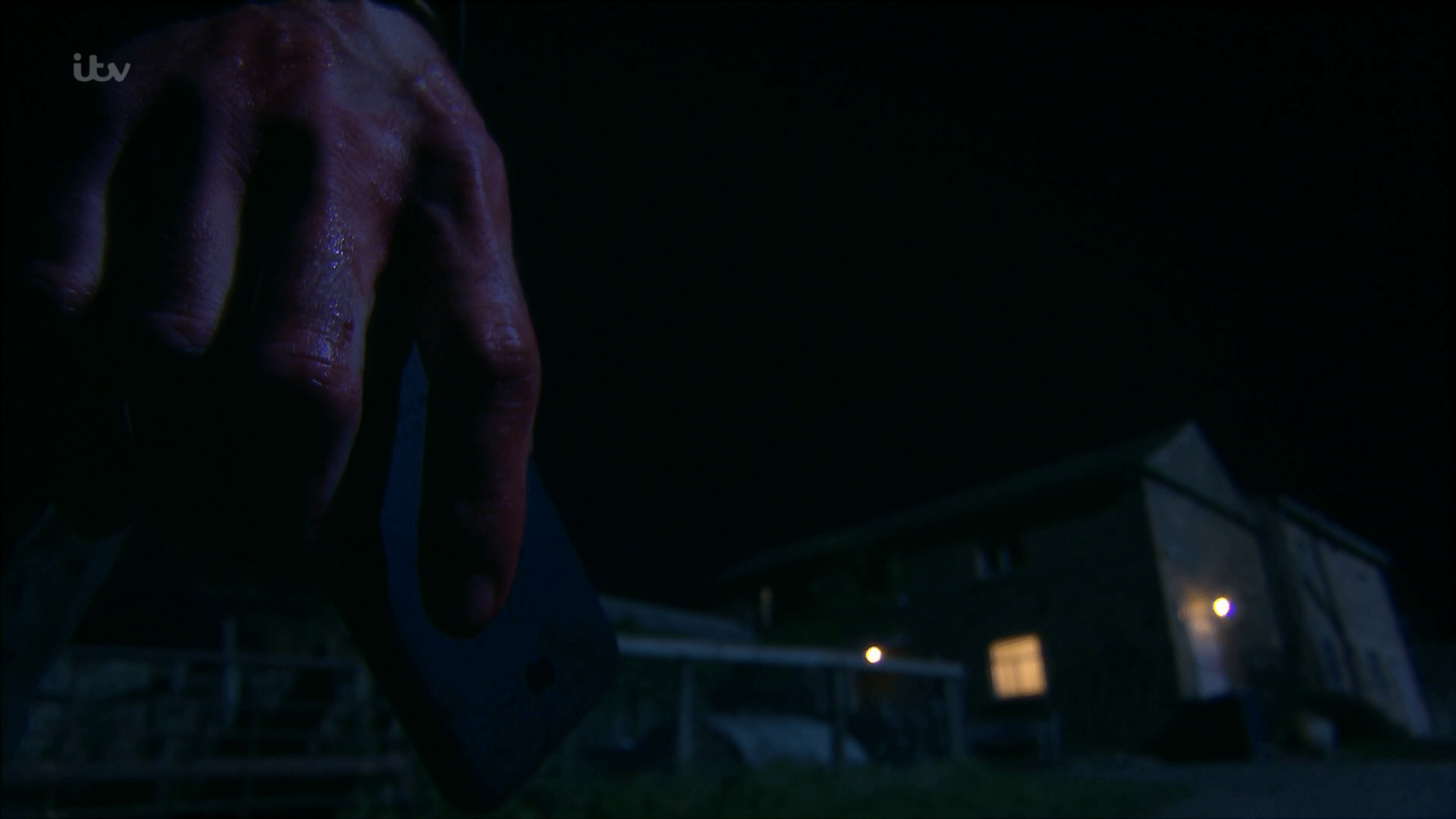 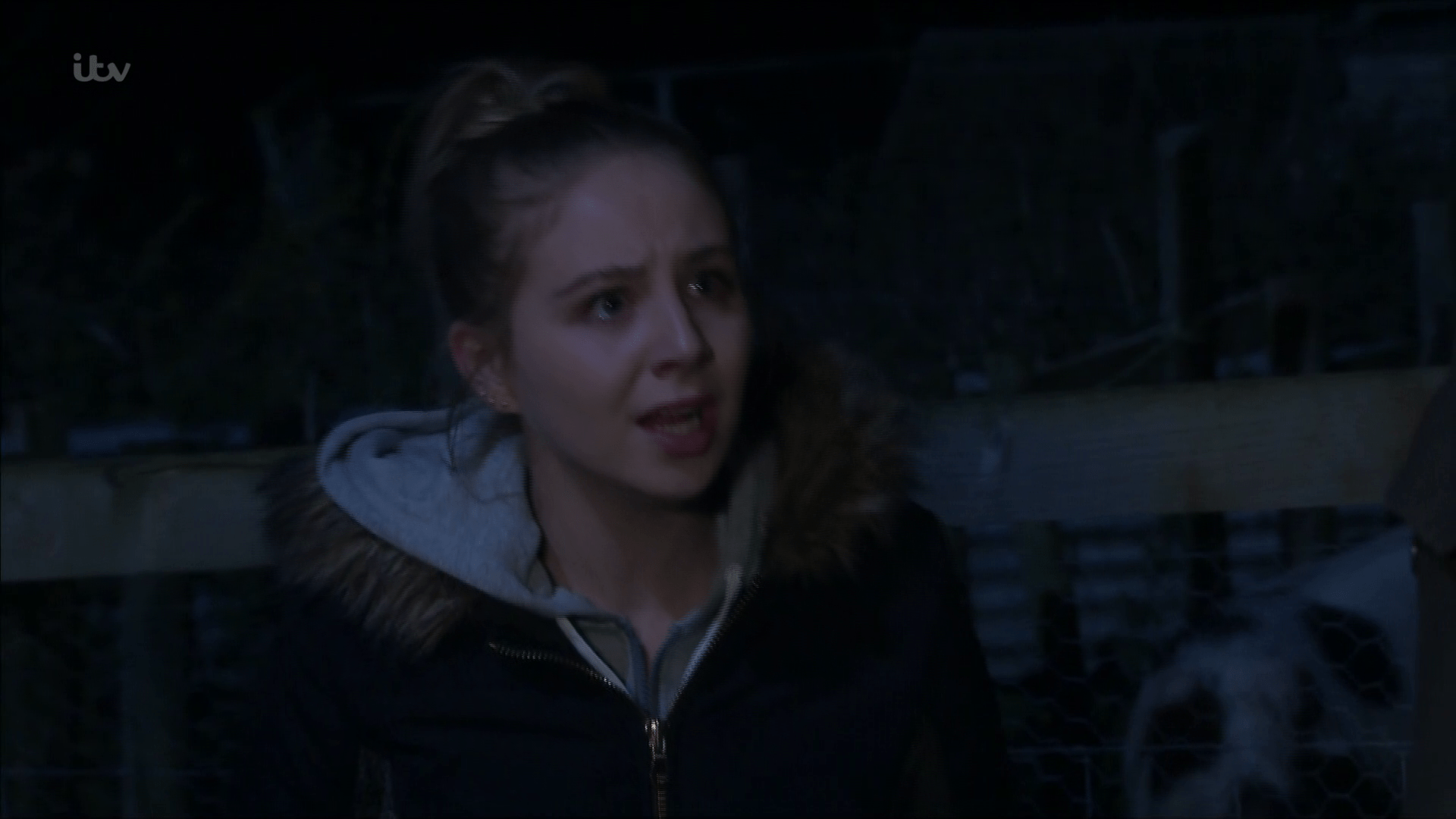 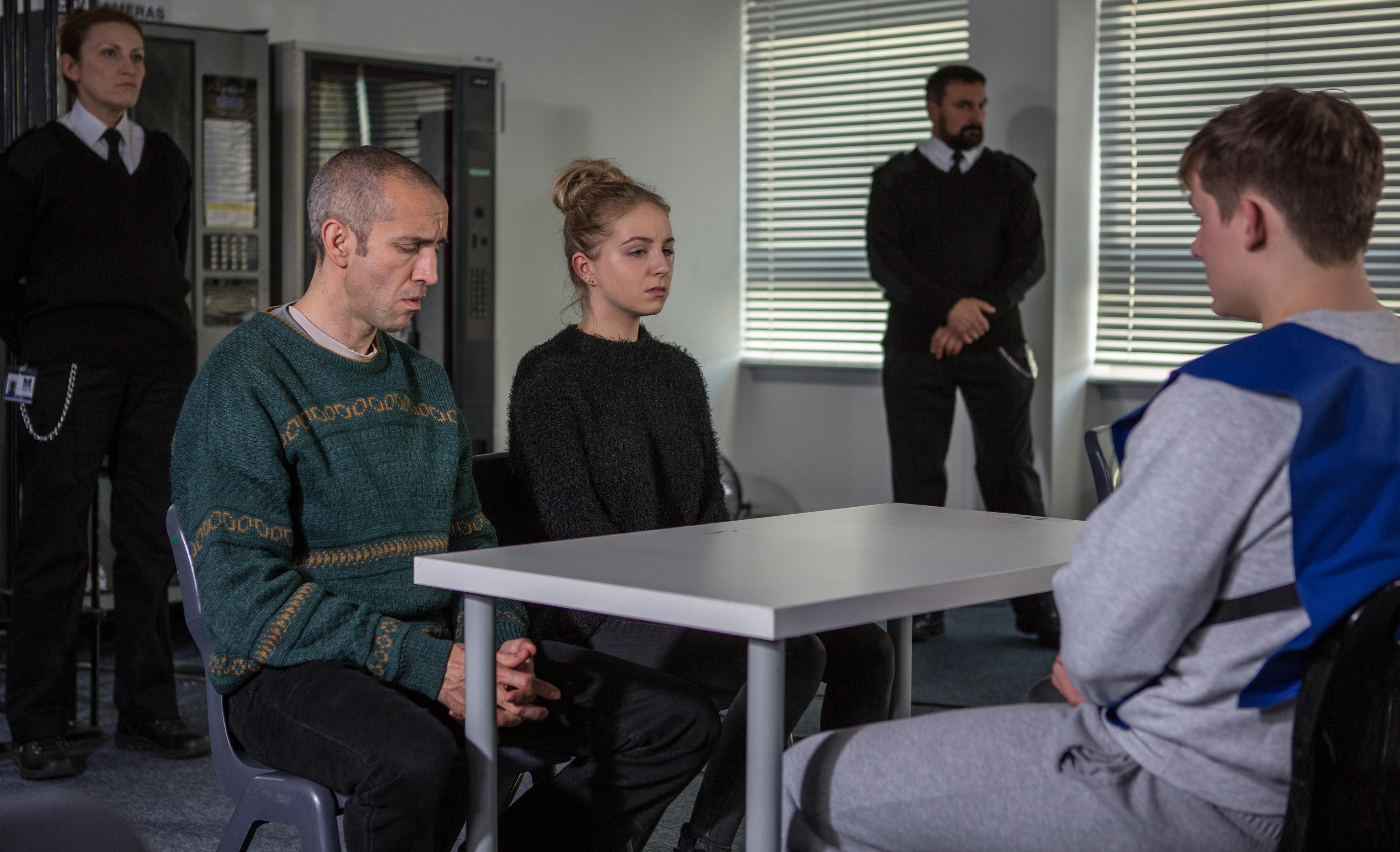 Belle became increasingly frustrated when no one seemed to believe her that Lachlan had drafted in an accomplice to hound her.

Later Lydia Hart was worried when she got a frantic phone call from boyfriend Sam and arrived at Wishing Well Cottage horrified to find Sam covered in blood and that Gloria had been killed.

In upcoming episodes, a worked up Belle is hell-bent on seeing Lachlan – returning star Thomas Atkinson – who is currently in prison awaiting trial for killing Gerry Roberts, Chrissie and Lawrence White and conman Paul Tozer who tried to pass himself off as Gerry’s fake uncle Terry.

She’s convinced he’s behind the horrible goings on at home and – accompanied by Sam – heads off to the prison to visit him. 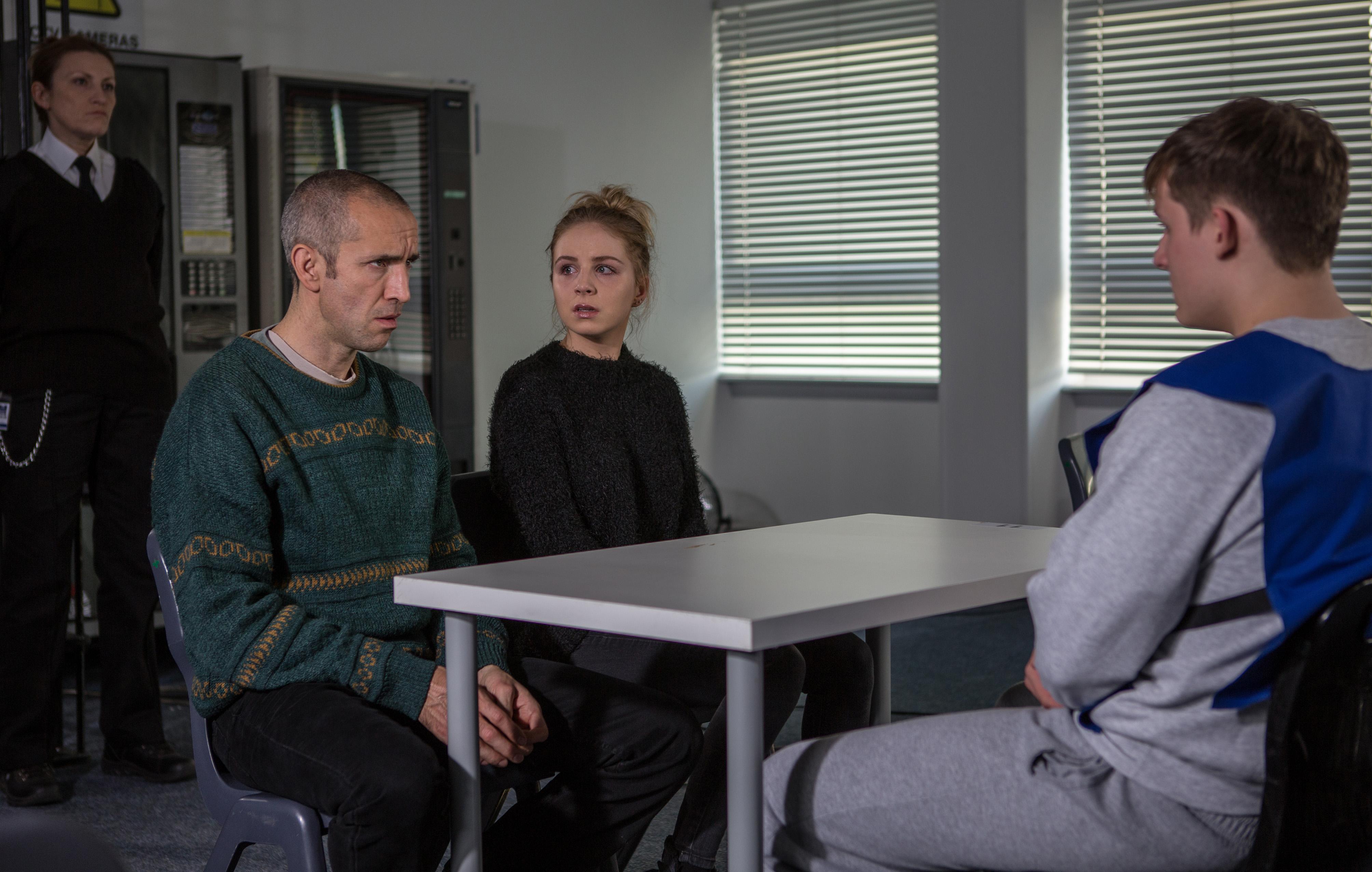 As she faces her ex-boyfriend Belle isn’t fooled by Lachlan’s display of remorse.

But Sam appears taken in by him and tells Belle the killer has changed.

Later, Lachlan was seen taking out a hidden mobile phone and making a call to someone, telling them to up the ante in their scheming.

Charity – understanding what Belle is going through as Lachlan’s trial looms – insists to Belle that he’s going to be sent down for a very long time and Belle does her best to believe it.

But is Charity right?

Or will Lachlan somehow be back in the village to terrorise Belle even more?