Last month, Skydance Animation raised many eyebrows when it announced that John Lasseter — one of the most influential figures in the animation field and a co-founder of Pixar — would become its new head. After all, Lasseter had left the Walt Disney Company last year following employee complaints about unwanted touching.

But reaction in some corners went beyond a raised eyebrow: Emma Thompson, the two-time Oscar winner who had previously worked on the Pixar film “Brave” with Lasseter, wanted out of a Skydance project.

Last week, The Hollywood Reporter, citing anonymous sources, reported that Thompson had backed out of a voice part in “Luck,” a Skydance movie with Alessandro Carloni attached to direct, because of concerns about working on a project for a studio run by Lasseter.

Thompson had actually left the project, it turns out, on Jan. 20, 11 days after Lasseter’s hiring was officially announced. Three days later she sent a scathing letter to Skydance, detailing her decision to leave, that was published on Tuesday by the Los Angeles Times. A representative for Thompson confirmed its contents.

“It feels very odd to me that you and your company would consider hiring someone with Mr. Lasseter’s pattern of misconduct given the present climate in which people with the kind of power that you have can reasonably be expected to step up to the plate,” Thompson wrote.

She said she realized the situation was “complicated” and called Carloni, the director, “wonderful,” but nonetheless excoriated Skydance. 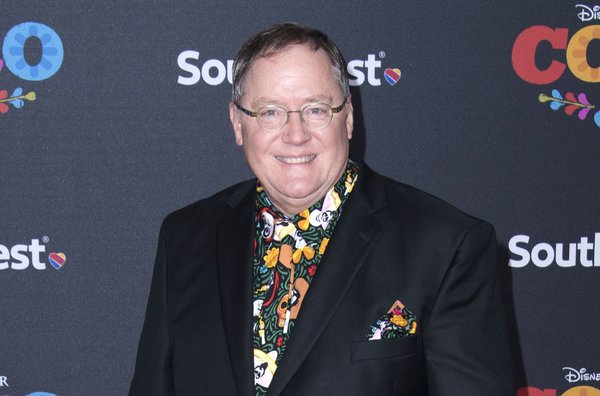 “If a man has been touching women inappropriately for decades, why would a woman want to work for him if the only reason he’s not touching them inappropriately now is that it says in his contract that he must behave ‘professionally’?” Thompson said in the letter.

It continued: “If a man has made women at his companies feel undervalued and disrespected for decades, why should the women at his new company think that any respect he shows them is anything other than an act that he’s required to perform by his coach, his therapist and his employment agreement? The message seems to be, ‘I am learning to feel respect for women so please be patient while I work on it. It’s not easy.’”

The British-born Thompson is an accomplished figure in Hollywood, with a career stretching back to the early 1980s. She voiced the part of Elinor in 2012’s “Brave,” a Pixar production that Lasseter executive produced. The movie won praise from critics partly for being the first Pixar movie to have a female protagonist.

Skydance’s decision to hire Lasseter was met with immediate criticism. Time’s Up, the Hollywood advocacy group formed to fight workplace sexual harassment, said in a statement that the move “endorses and perpetuates a broken system that allows powerful men to act without consequence.”

David Ellison, the chief executive officer of Skydance Media, said in a statement at the time, “We do not enter into this decision lightly. John has acknowledged and apologized for his mistakes and, during the past year away from the workplace, has endeavored to address and reform them.”

In a memo to Skydance employees, which was published by The Hollywood Reporter last month, Ellison said the company had hired “outside counsel to thoroughly investigate the allegations, which we considered serious and have warranted our full attention as we made this important decision.”

Later, the memo said, “We are certain that John has learned valuable lessons and is ready to prove his capabilities as a leader and a colleague. And he has given his assurance that he will comport himself in a wholly professional manner that is the expectation of every Skydance colleague and partner.”