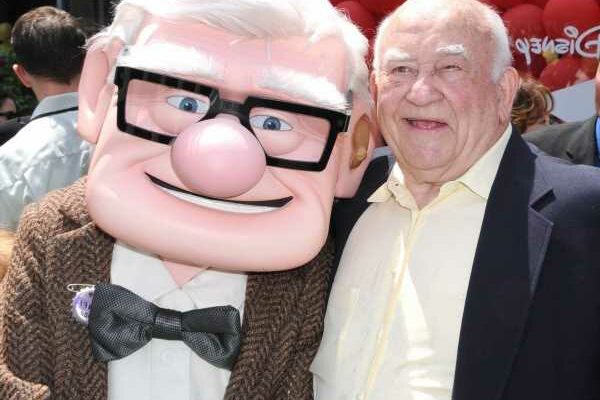 Adventure was always out there for Ed Asner. Celebrated for his roles on The Mary Tyler Moore Show and the Disney Pixar animation Up, Hollywood now mourns the late actor’s death.

Asner was recognized for his grouchy yet comical roles and playing Santa Claus for a few holiday classics. But more audiences learned his name after he voiced Carl Fredricksen. After he wrapped production on Up, Asner admitted he might have underestimated the movie’s level of sophistication.

The late actor started his career in the Chicago theatre scene and later in Off-Broadway and Broadway roles. After he gained more theatrical roles, Asner gradually made his way into television. Before his big break on The Mary Tyler Moore Show, Asner guest-starred in the other shows Decoy and Route 66.

Although he found success with the Lou Grant show, Asner participated in the 1980 SAG-AFTRA TV and Theatrical Strike. The actor was passionate about social causes in the entertainment industry and society. Not only did he support the strike, but Asner also became a president of the Screen Actors Guild.

Later in his career, Asner put on Santa’s red coat a few times. His most famous Christmas project was alongside Will Ferrell in the popular comedy Elf.

Ed Asner was ‘relieved’ that ‘Up’ was an ‘adult’ movie

In an interview with CNN, Asner discussed his experience with Disney’s Pixar Studios and working on Up. The actor revealed he always loved animation, specifically cartoons; however, Asner hadn’t seen many Pixar films.

“I hadn’t seen any Pixar until I went to see Wall-E, and I watched it and I was shocked at how adult it was, with the setting in our lives, both present and future, and how they dealt with it,” Asner admitted. “And then quite relieved to find that the one I was working on, Up, how adult it was.”

Asner later explained how Up is a tribute to older audiences: “We’re a larger and larger nation of seniors, and the need to provide meaningful product for them to watch, rather than the bang-bang-boom-boom, the noise deafening that I’m confronted with either on TV or in movies, something that’s sweet and lovely and deals with me. Up certainly does it, and I think it would serve as a good sign to get live-action to follow it more.”

When Asner died, Disney’s Pixar shared an emotional tribute on social media. The touching post nods to the characters Carl and his deceased wife, Ellie. The image of the empty chair beside the balloon salesman strikes an emotional chord in viewers.

Up is praised for its heartbreaking core—Carl has to manage the aftermath of his wife’s death while remembering his promise to take her to Paradise Falls. Throughout their marriage, the couple saved up as much as possible to finally travel. Sadly, they had to dip into their savings for other needs. Carl ultimately earns enough money to take Ellie, but her character tragically dies before they can go.

The film is a personal journey for each character, but mainly for Mr. Fredricksen.