Robert Kazinsky is set to make a return to EastEnders this month as Sean Slater, after 10 years away.

The character will return this month as part of Jean Slater’s (Gillian Wright) ongoing cancer storyline.

In tonight’s episode, Jean wondered if Sean knew about her diagnosis, citing a possible telepathic connection due to their familial bond.

And after the episode, EastEnders revealed a brand new trailer for the BBC soap, which teases Sean’s explosive return.

“He’s not just going to walk in the pub and go, ‘Hello mum’”

It opens with Stacey (Lacey Turner) firmly telling Jean: “He’s not just going to walk in the pub and go, ‘Hello mum.'”

But, of course, that’s exactly what happens and Jean is close to tears when she’s reunited with her son.

Stacey’s not quite as happy and eventually slaps him, asking why he’s decided to come back.

It’s clear seeing his mum isn’t the only thing on his mind, as he soon reunites with love rival Jack Branning (Scott Maslen). 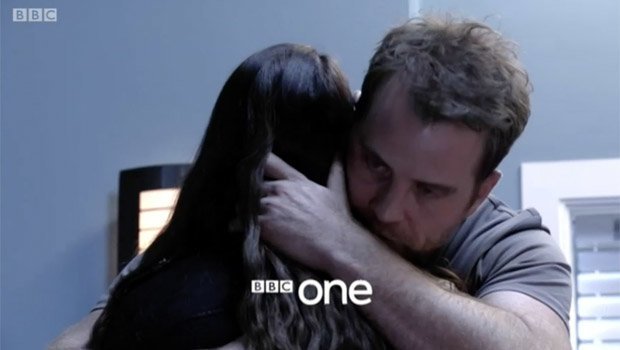 Sean punches Jack but is next seen by ex Roxy Mitchell’s grave with a bloody nose of his own.

Later, he and Jean take a walk through the countryside and Jean can be seen further along in her treatment.

She wears a headscarf, perhaps to mask the hair loss associated with cancer treatments such as chemotherapy. 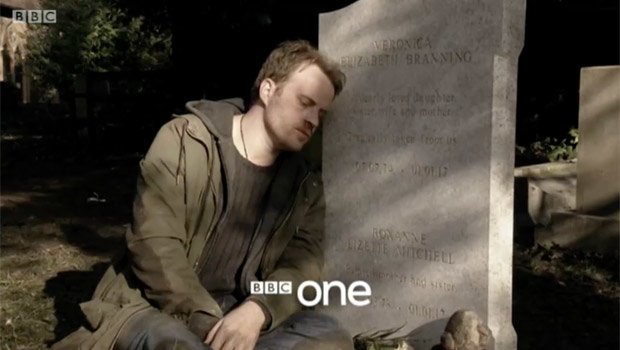 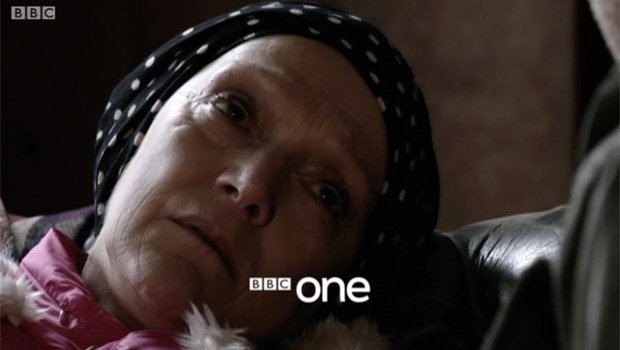 Sean and Stacey eventually hug and seem to put things behind them – and it could be just in the nick of time.

As the trailer comes to a close, Sean can be seen with mum Jean who doesn’t look good at all.

Could Sean be the one to say goodbye to his mother in her final moments?

EastEnders continues Monday at 8pm on BBC One.