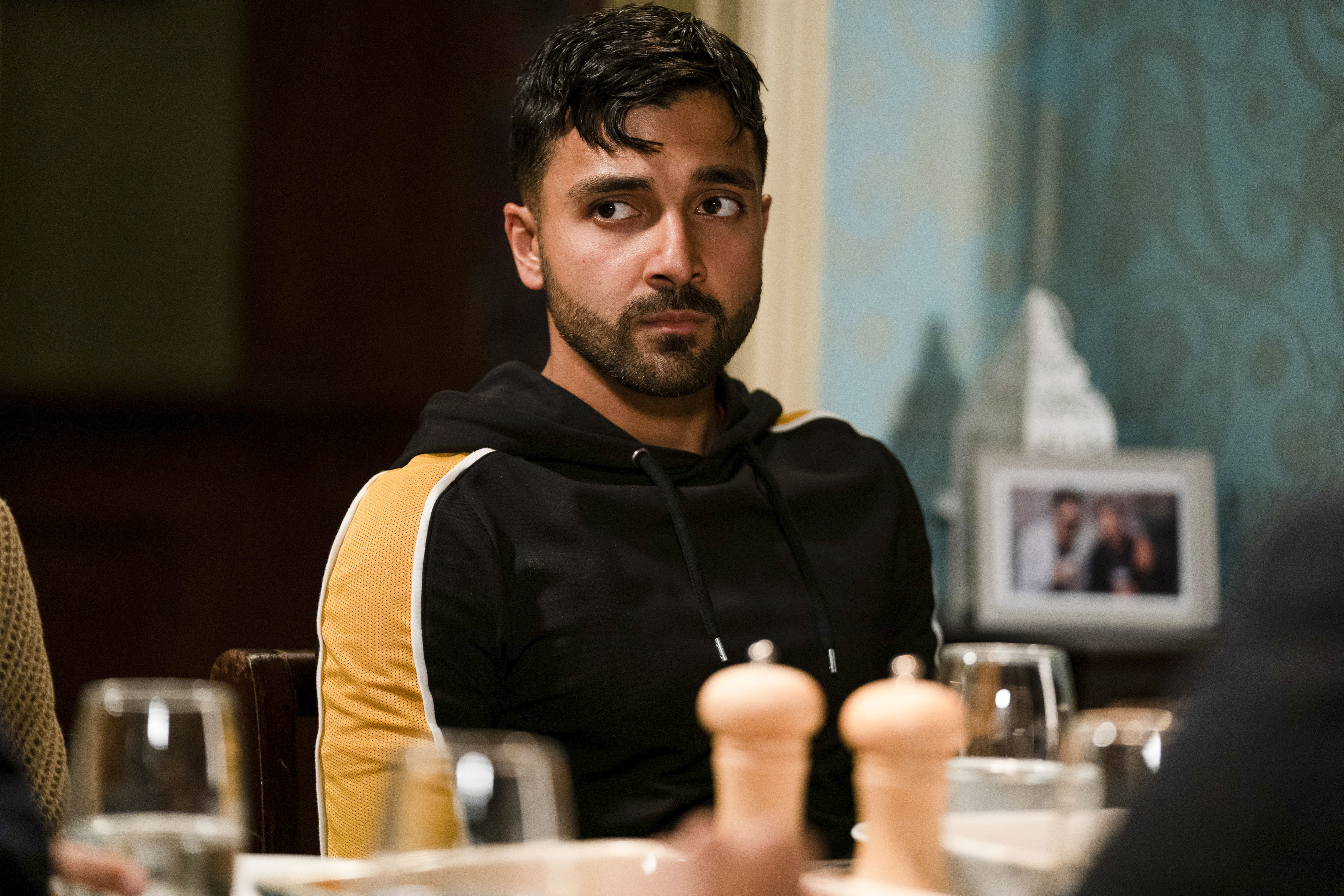 EastEnders star Shiv Jalota, who has played the role of Vinny Panesar since 2019, recently shared some very sad news about the death of a beloved family member.

On his Instagram he posted a picture of his Nana Sue with another relative, and shared the touching message, ‘Saying goodbye to our Nana Sue today. RIP you beautiful being.’

Shiv’s character Vinny is the youngest Panesar brother. The family were recently thrown into upheaval when dad Nish (Navin Chowdhry) – who had been talked about for a long time but had never been seen – was released from prison and returned to take up his place as the head of the household.

At around the same time Vinny’s older brother Kheerat (Jaz Singh Deol) went to prison himself, taking the fall for the killing of Ranveer Gulati (Anil Goutam) to keep his mum Suki (Balvinder Sopal) out of prison.

The official BBC EastEnders account recently posted a picture of Suki, Nish and Vinny together, which prompted fans to declare that they wanted to see more of the family and are excited to see what drama will unfold next.

‘Best family soap history ❤️’ said one, while another commented, ‘Love these three. Balvinder Sopal is out of this world marvellous👏’

When Shiv was cast as Vinny in 2019 the character was described as the ‘golden boy’ of the Panesar family, though never far from trouble.

At the time, Shiv Jalota said, ‘It still hasn’t sunk in that I’m going to be on EastEnders. As a young boy, I remember being introduced to the Masood family and thinking there are people like me on television. To be part of that next generation of people representing my identity is a blessing. I couldn’t be more excited.’