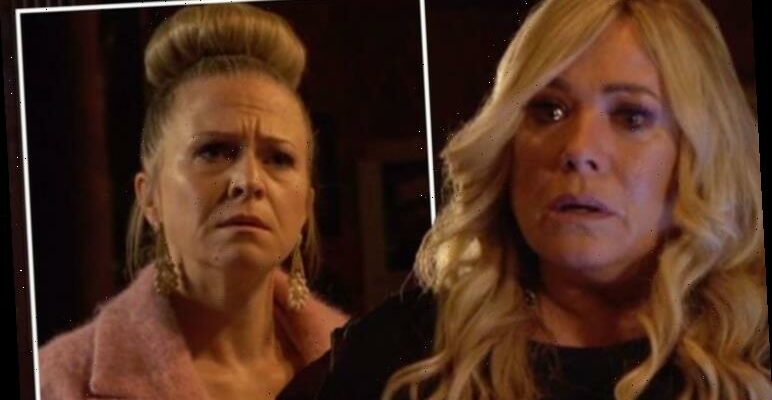 EastEnders: Sharon flirts with Ian at the dinner table

EastEnders resident Max Branning (played by Jake Wood) outed Sharon Mitchell’s (Letitia Dean) various misdemeanours against Ian (Adam Woodyatt), whose whereabouts remain unknown. However, with Max backed-up by a vengeful Dotty Cotton (Milly Zero), it looked as though Sharon had been found out. Tonight’s biggest twist saw Linda Carter (Kellie Bright) turn on Sharon right at the end of the latest instalment but as she remains determined to seek justice for her sister-in-law, will the landlady end up arrested?

On Monday night, Max decided to reveal the truth about Ian’s declining health to all the punters in the Queen Vic.

Tonight’s instalment aired the conclusion to this bombshell, with Sharon’s lies ultimately unravelling.

But it was best friend Linda Carter who got the full confession out of the landlady.

With Mick’s worry of Tina (Luisa Bradshaw-White) continuing, he took to getting Max’s help in order to try and clear his sister’s name. 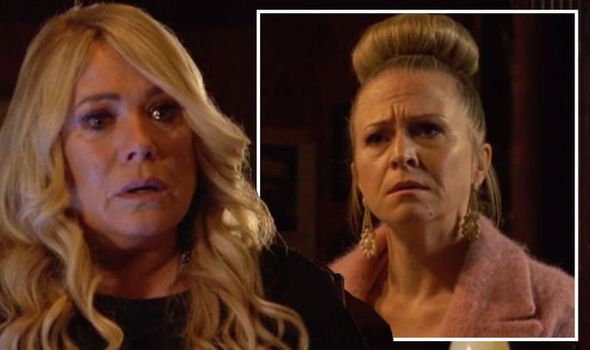 Later on, Mick asked Linda to pay Max a visit and try and get some more information out of her former lover.

After turning up at Walford East, Linda made her intentions clear: “I’m here for Tina, that’s all.”

Explaining the situation, Max began: “Look, Ian was worried Sharon was putting something in his food.”

Probing him on why, he admitted: “Because I might have told him he couldn’t trust her, but I was right, wasn’t I? 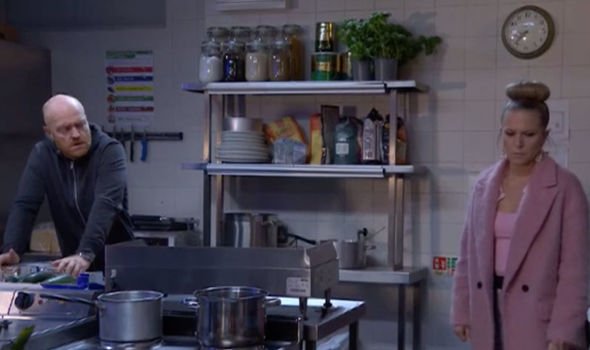 “He was going to the doctors and getting all these toxicology tests… I don’t know, don’t know if he got the results.”

“So, nothing?” Linda snapped back but Max desperately tried to clarify things: “No, so she tried to stop him. I heard her telling them he couldn’t make the appointment.”

But Linda was still yet to be convinced: “Okay, so here’s everything you’ve got. You made Ian paranoid, and it came to nothing and they couldn’t make a doctor’s appointment.

“Sharon is my best mate, I love her and she lost her son. Do you have any idea what that does to someone?”

Of course, long-term viewers know Max has previously lost a son after his eldest child Bradley (Charlie Clements) fell off the roof of the Vic in 2010.

Max concluded: “Whatever the truth, whatever you believe Linda, Ian was scared of Sharon and that’s the truth.”

This was enough to heighten Linda’s suspicions and she went over to talk to Sharon, looking to get the real story from her.

Linda lovingly referred to Sharon as her “sister” but reminded her: “I need to know the truth because this is my family. Is what Max said about Dennis true?”

Sharon nodded: “There was a phone message Denny left from the boat just before… you can hear in his voice, pleading for his life,

“I’ve never felt anything like it, Linda, more than anger. It just took me over, how could he live when Denny didn’t?”

Sharon went on to explain how she had got Phil (Steve McFadden) involved, promising her: “We never planned for Tina to be accused, of course, we didn’t.”

After hearing her confession, Linda said: ”Maybe, if I was in your situation I would have done the same,” with Sharon agreeing: “Maybe, yeah.”

Linda hit back: “But to let someone else take the blame, to tear my family apart? Shame on you, Sharon. Shame on you.”
With the vital information in hand, what will Linda decide to do with it?

Could she end up calling the police on Sharon as the desperate search for Tina Carter continues?

EastEnders airs Mondays and Fridays at 8:05pm and Tuesdays and Thursdays at 7:35pm on BBC One.