All week, EastEnders has been airing a series of episodes to celebrate their 35th anniversary, tonight, in the grand finale, BBC One viewers tuned in to see Dennis Rickman (played by Bleu Landau) confirmed as the Square resident who would tragically die. But while many fans were distraught at losing a character with so much potential, others were wondering about the whereabouts of a Walford icon was.

From Monday, the soap instalments have been from the perspective of one legendary EastEnders family or couple.

Fans tuned in to see Mick Carter (Danny Dyer) and Linda Carter (Kellie Bright) be the focal point at the beginning of the week, but during one scene on the boat, Patrick Trueman (Rudolph Walker) was seen striking up conversation his son Isaac Baptiste (Stevie Basaula).

“I’m going to the bar, what are you having?” Patrick asked but Isaac snapped back:” You’re married to my mum mate, not me.”

After walking away from Patrick, Isaacs mother and Patrick’s wife Sheree Trueman (Suzette Llewellyn) came over. 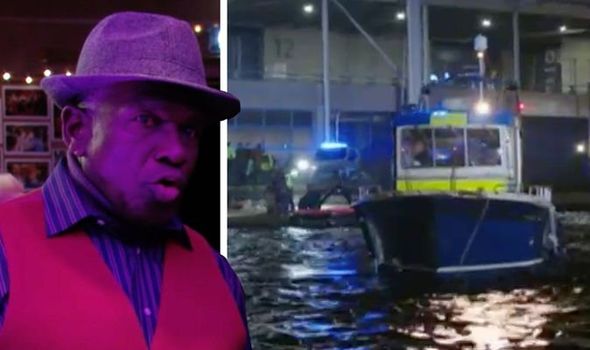 Patrick said: “I’ve had enough of this you know, that boy has got no respect whatsoever. He needs to know the truth,” but she was adamant: “No Patrick, you promised.”

During Tuesday night’s instalment, a scene jumped back in time a little when all the Walford residents were boarding the boat.

Sheree turned to Max Branning (Jake Wood) and asked: “Max, have you seen my husband?”

“No, he was talking to the driver last time I saw him, swapping racing tips,” Max explained and Denise Fox (Diane Parish) interjected: “Not much comes between Patrick and his horses, not even his other half.” 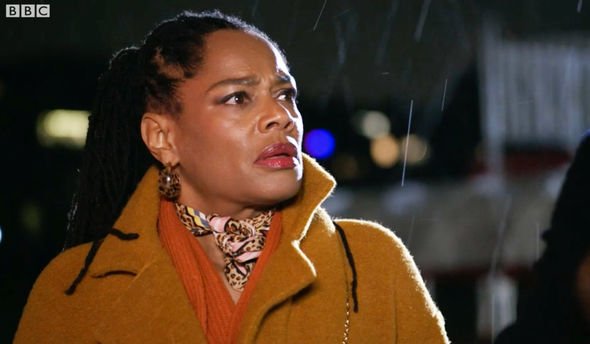 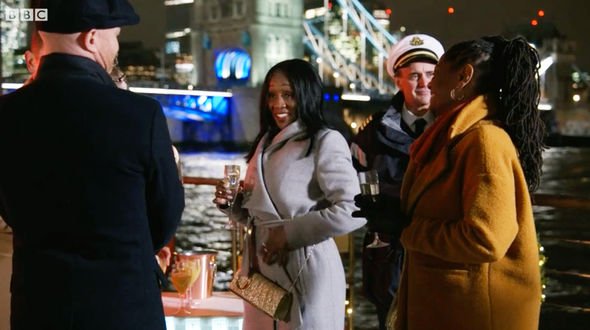 Tonight, in amongst the hullabaloo Patrick was no where to be seen and this worried viewers.

“Hang on – did they kill Patrick? #Eastenders,” someone else surmised.

A third questioned: “What happened to Patrick #Eastenders,” while one tweet read: “Someone pls find Patrick and Callum  #EastEnders.” 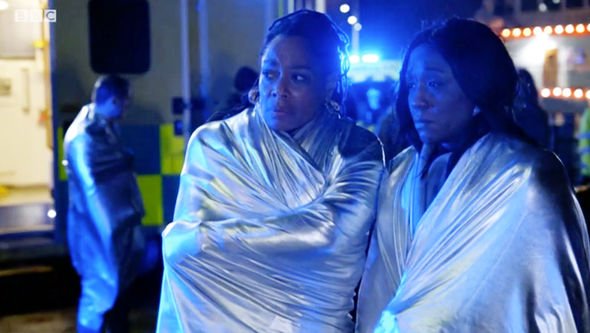 Some thought they saw Patrick falling into the Thames: “Why is no one talking about patrick? Was that his body in the river next to the boat at the end? #Eastenders.”

“Is everyone going to ignore the fact that we didn’t see Patrick get out the water?!? #EastEnders,” another remarked.

Another added: “Was that a hand in the water at the end? Maybe it’s Patrick’s son?? #EastEnders.”

Elsewhere, Sharon Mitchell (Letitia Dean) gave birth to a baby boy but was left distraught when Keanu Taylor (Danny Walters) explained what had happened on the boat.

After finally putting aside their differences, the mother and son were due to leave together until disaster struck.

But with a new baby, will Sharon be forced to give him up in order to be able to grieve for the loss of Denny?

EastEnders returns on Monday at 8pm on BBC One.