Bailey (played by Kara-Leah Fernandes) is a young carer for her terminally ill mum Dinah (Anjela Lauren Smith) and viewers have seen her assist her mum by cooking for her and providing care.

Now, it looks like Bailey may no longer be able to cope with her mother’s condition.

It unfolds on the BBC soap as Mitch (Roger Griffiths) grows worried about Bailey when he doesn’t hear from her for a while and he shares his concerns with Keegan (Zack Morris).

Keegan offers to go round to the flat the youngster shares with her mum but he is shocked by what he finds on EastEnders.

He realises that Dinah’s health has deteriorated leaving her too frail for Bailey to care for her.

Keegan tries to help Bailey by suggesting that Dinah would be better off in a care home.

However, viewers will have to wait and see if Bailey agrees with the plan.

There are other dramas for the Taylor/Baker family in Albert Square too following the arrival of Chantelle Atkins (Jessica Kate Plummer) and her family.

She then turns to Mitch Baker for advice on the situation. 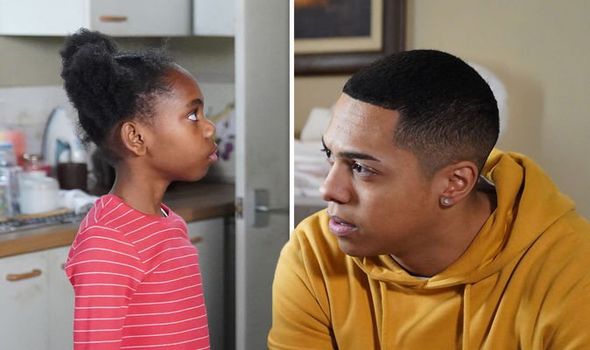 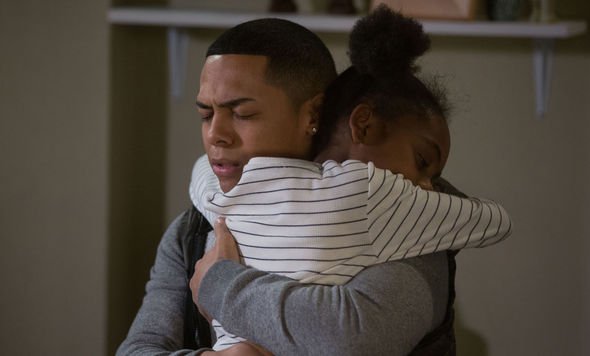 Elsewhere in Walford, Ben Mitchell’s (Max Bowden) behaviour has been getting increasingly troubling.

In a bid to protect his scheme to con dad Phil Mitchell (Steve McFadden) out of money, he made a chilling threat in last night’s episode toward Lola Pearce’s (Danielle Harold) fiancé.

Lola’s husband-to-be Ewan (Riley Jones) came down from Newcastle to rescue his relationship.

She asked Jay Brown (Jamie Borthwick) if there could be a future for them but Jay spurred Lola who decided she would return to Newcastle with Ewan.

However, Ben intervened and didn’t let Ewan see Lola, instead taking him to the cafe to threaten the northerner’s life. 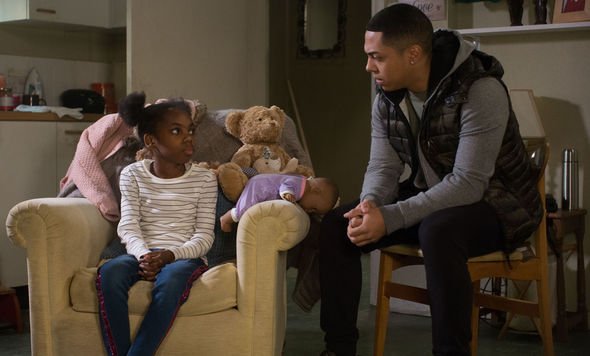 He menaced: “Most of the time I am a very nice person. I’m friendly, I’m charming. I’d do anything for anyone, me. But sometimes that button gets pushed. And you really don’t want to be in way way when then happens.

Handing over cash to Ewan, Ben added: “Buy yourself a new phone with that but when you do, you don’t call Lola you don’t text her you don’t contact her in anyway are you following me.

EastEnders continues tomorrow at 7.30pm on BBC One.