She is seen sobbing over Alfie’s lifeless body before turning on her cousin during tonight’s instalment of the hit BBC soap. 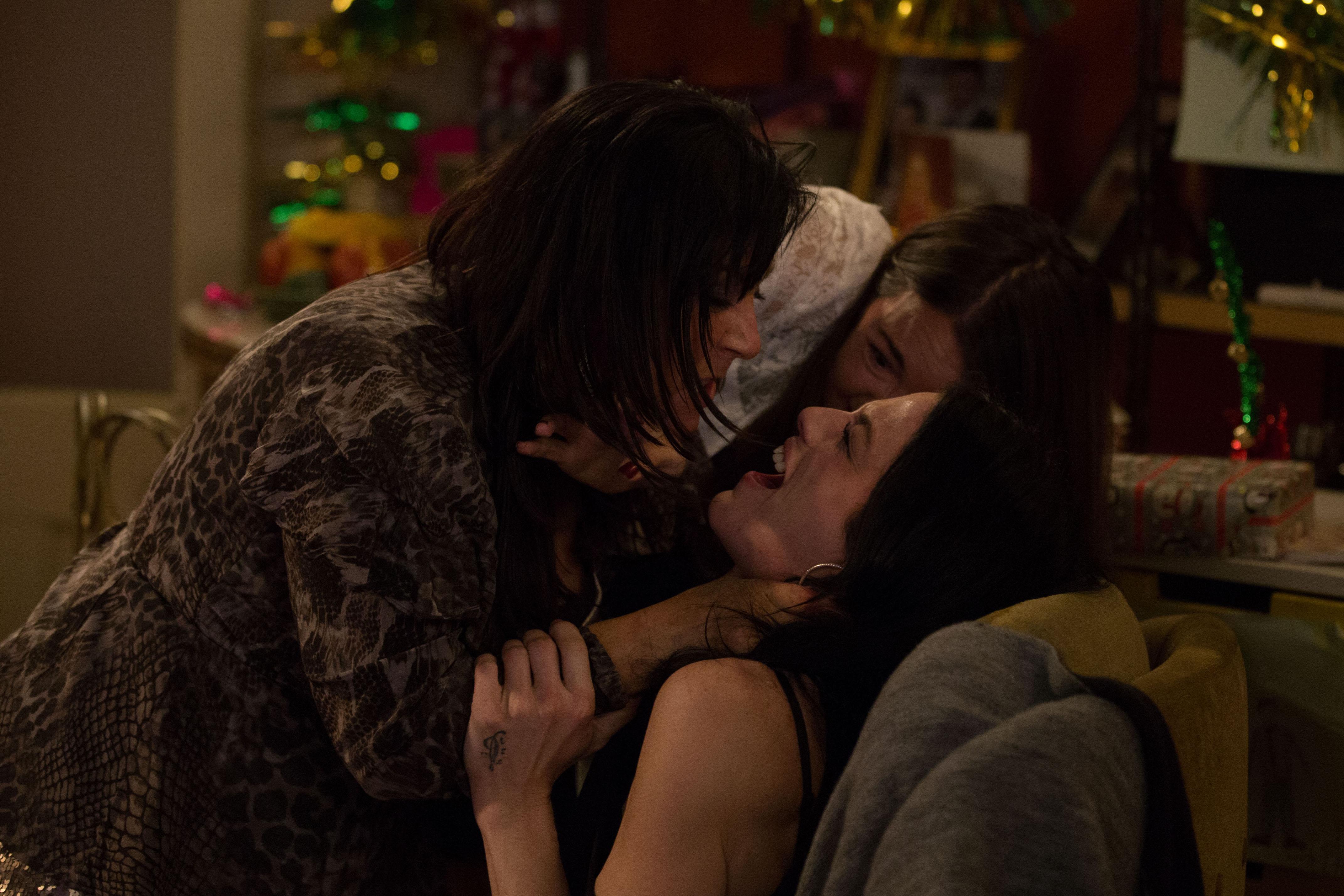 Last night, viewers feared Alfie was dead after seeing his head hit the ground with a sickening crunch.

And this evening, the fallout from the event will see Kat, played by Jessie Wallace, turn on Hayley.

Grabbing Hayley round the throat, Kat screams as she tries to choke the life out of her.

Luckily, Stacey, actress Lacey Turner, manages to grapple with Kat and pull her away from the terrified mum. 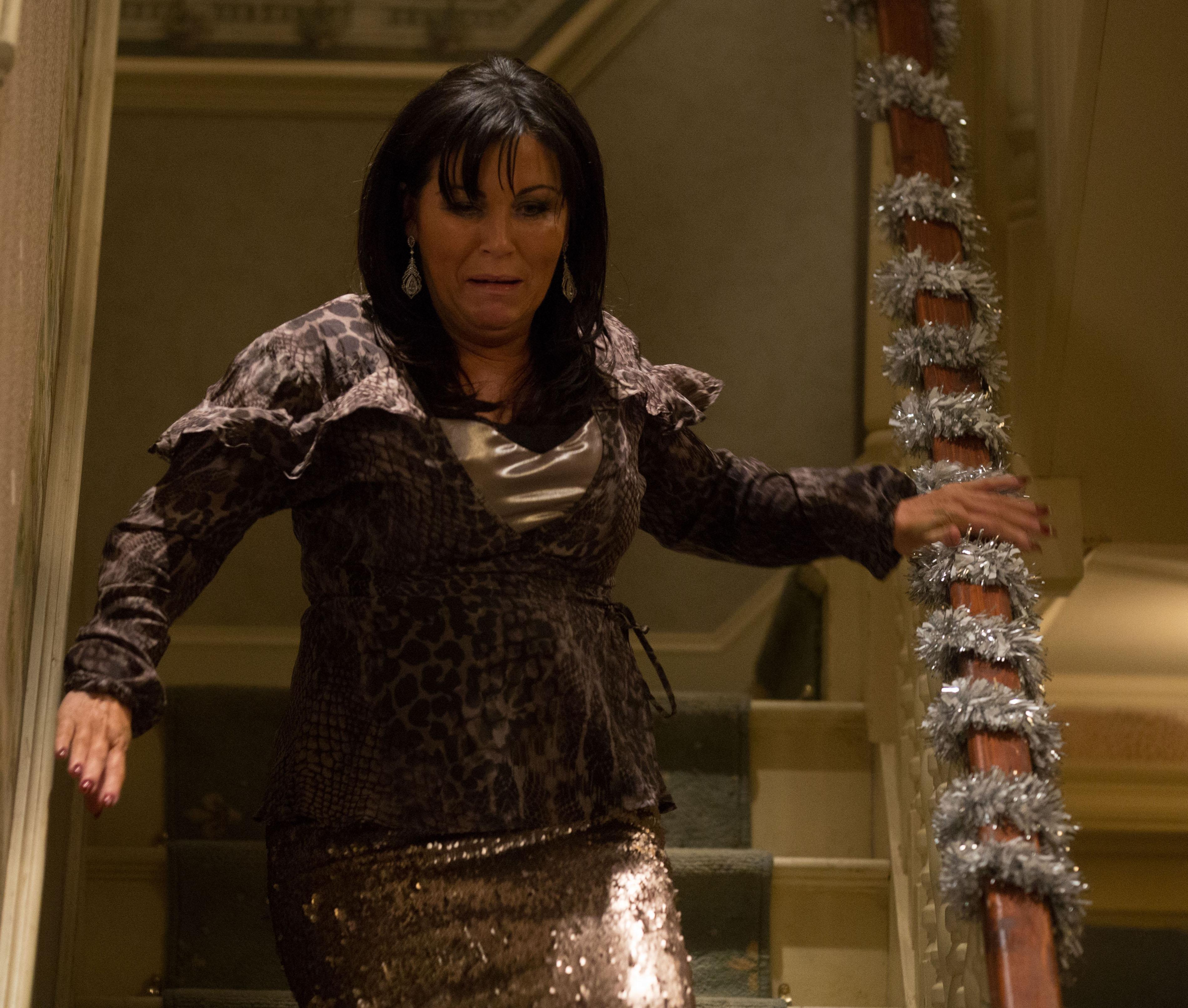 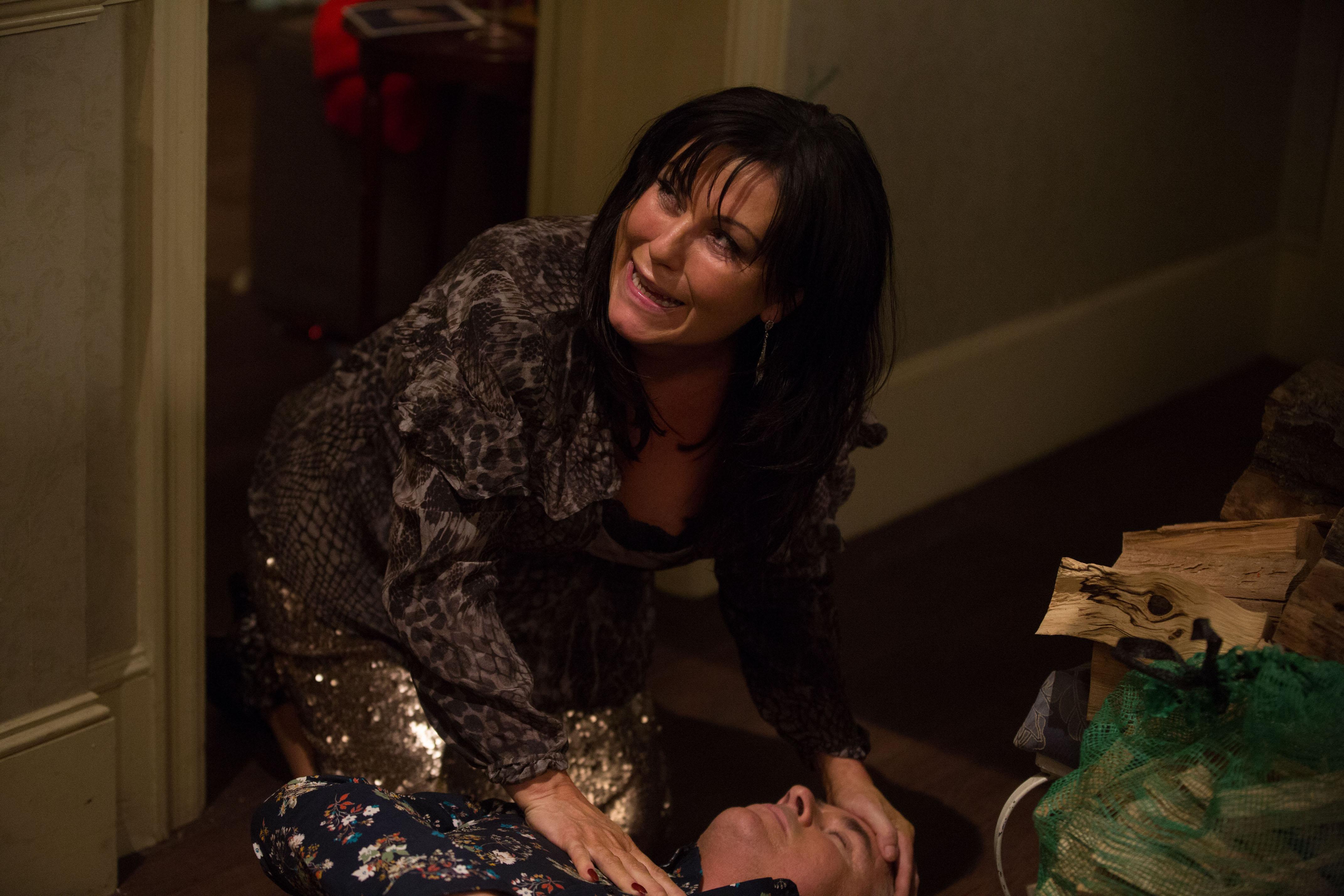 She is then seen crying and screaming as she tries to work out whether Alfie has survived the fall.

Last night, fans were on the edge of their seats as they watched Kat break down after discovering Alfie – played by Shane Richie – was the father of Stacey’s baby daughter Cherry.

During a vicious showdown, Alfie showed his true colours and blasted his wife – mocking her and the sexual abuse she’d endured as a teenager. 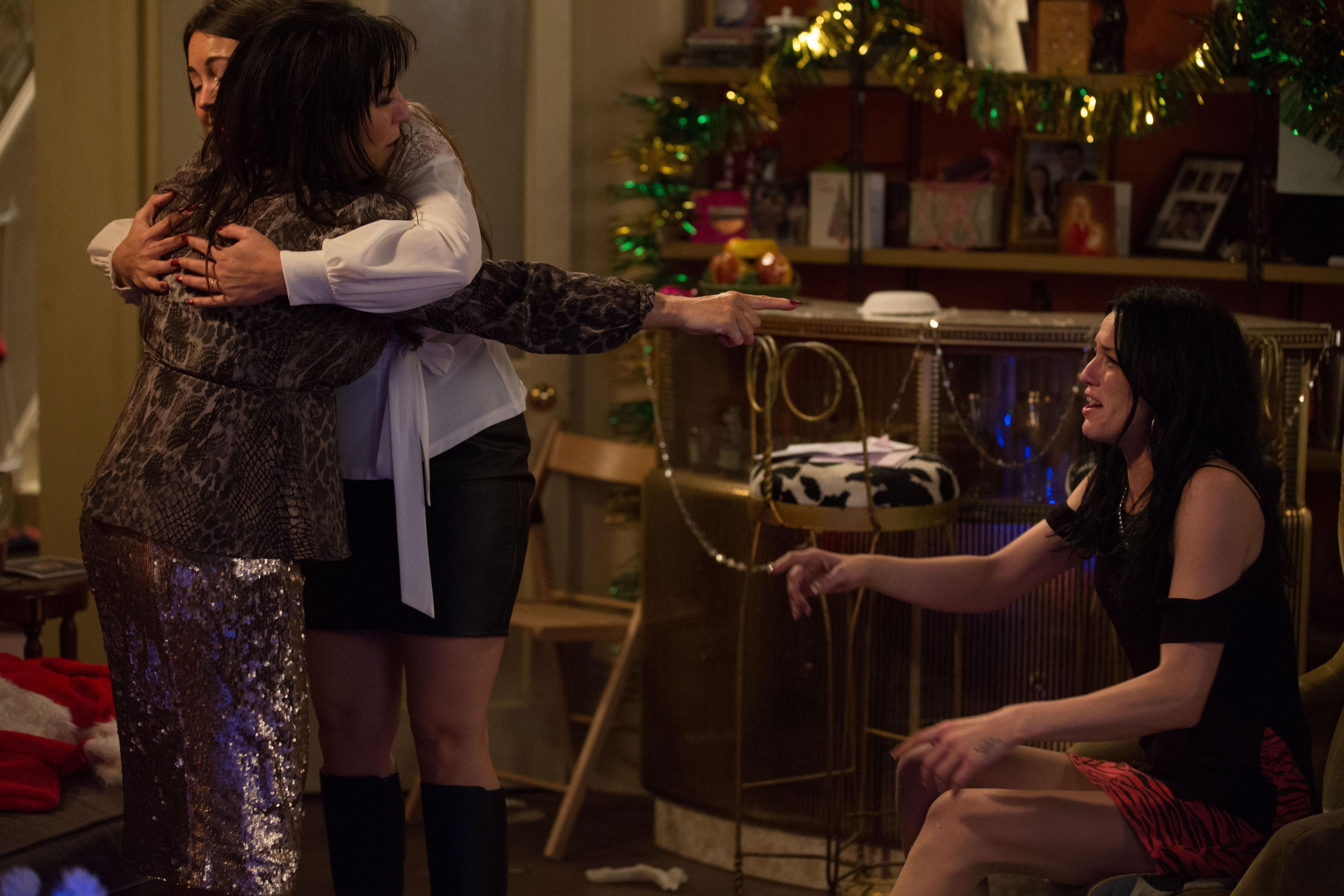 Alfie turned on Hayley but she launched herself at him, pushing him down the steep stairs at the family’s home.

Viewers are now waiting to find out if Alfie will pull through.

And if he does, how is he going to solve the mess he’s created for himself.

Speaking ahead of tonight’s episode, actress Jessie Wallace said Kat was blind with rage when attacking Hayley and hinted anything is possible.

EastEnders continues tonight at 8:30pm on BBC One.