And the pair waste no time rubbing the locals up the wrong way as they eye up taking over Walford East, the restaurant Mas set up with Ian Beale. 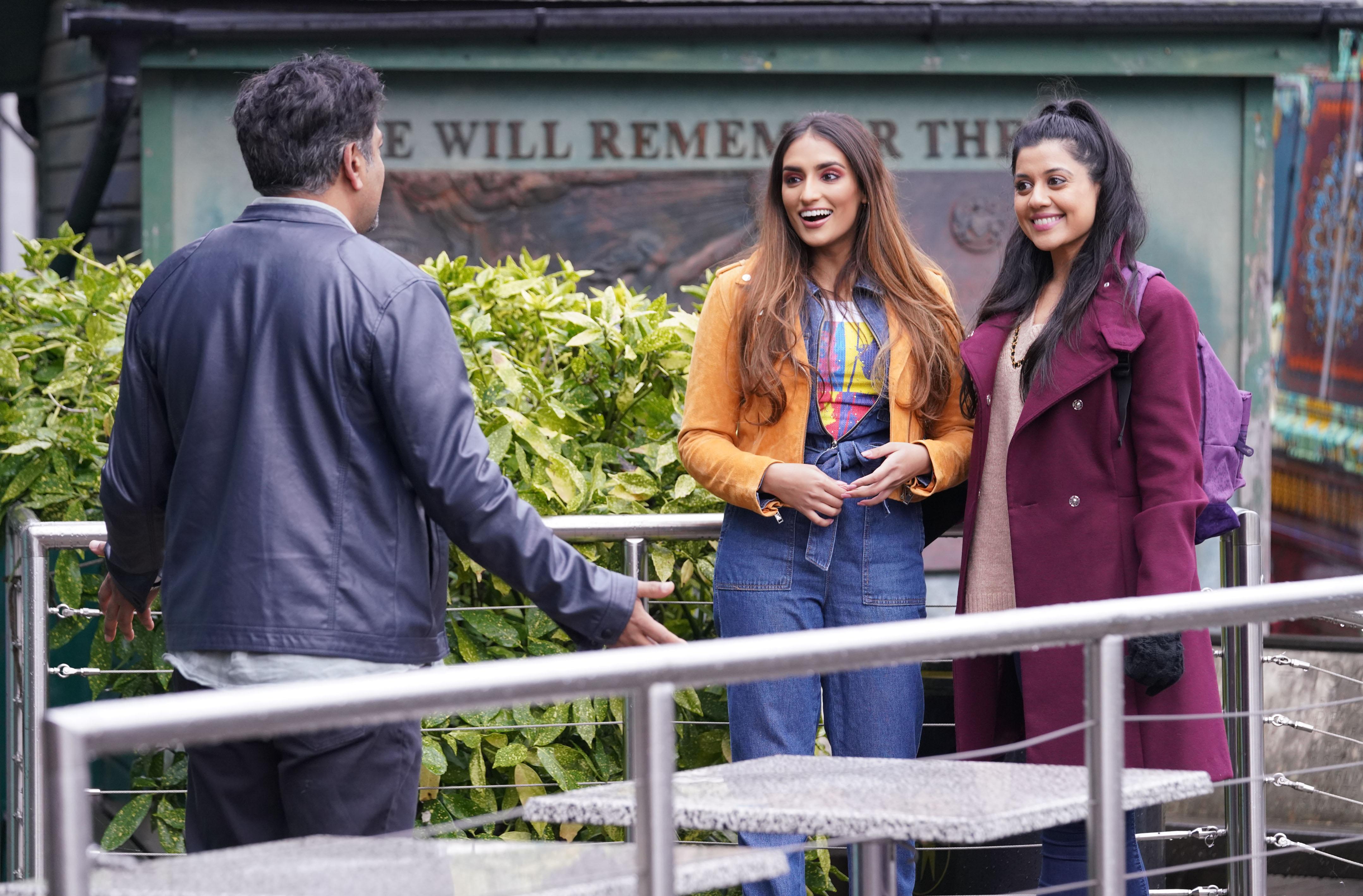 Mas is preparing to leave the Square and –as he’s saying goodbye to Denise Fox  – he spots his nieces and is quick to quiz them about their arrival.

Irqa – played by Priya Davdra – thinks on her feet and says they’ve arrived to help look after the restaurant while Mas is away – but why are they really there?

As they both rave about Masood’s plans to leave Walford, his suspicions begin to grow. 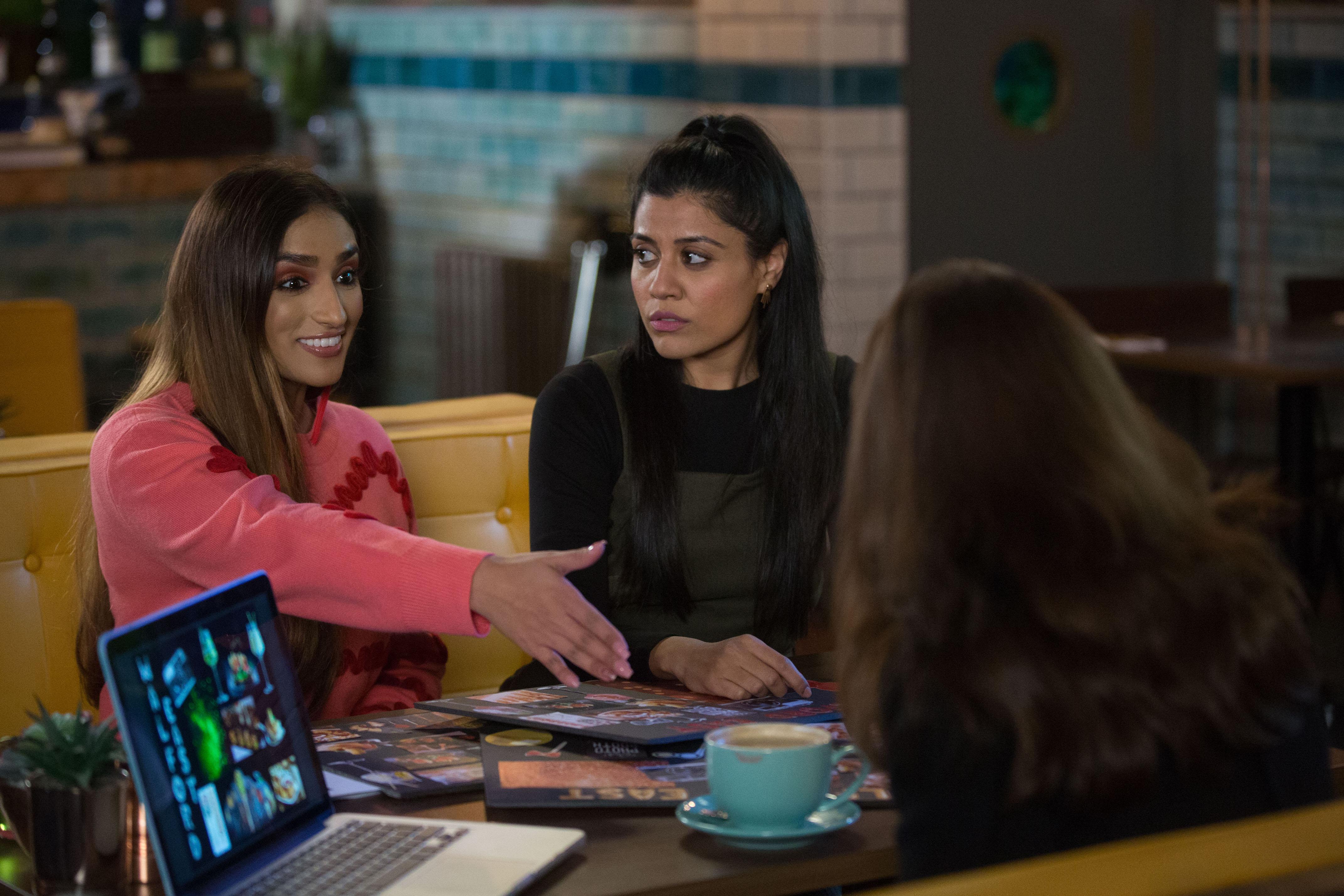 The sisters are soon drumming up business for the restaurant in the pub and quickly get on the wrong side of the Slaters – which is not a good place to be if you’re new on the Square.

But Habiba – former Hollyoaks actress Rukku Nahar – is less than impressed when she overhears Mick Carter laying into Kat Slater for not doing her job properly, despite the Slaters’ hostility to her.

She hatches a plan and purposely knocks her drink over, covering Mick – Danny Dyer.

As things settle down, the fire alarm goes off and everyone evacuates the Vic. As everyone leaves, Irqa spots Habiba sneaking out of a side door. What’s she up to? 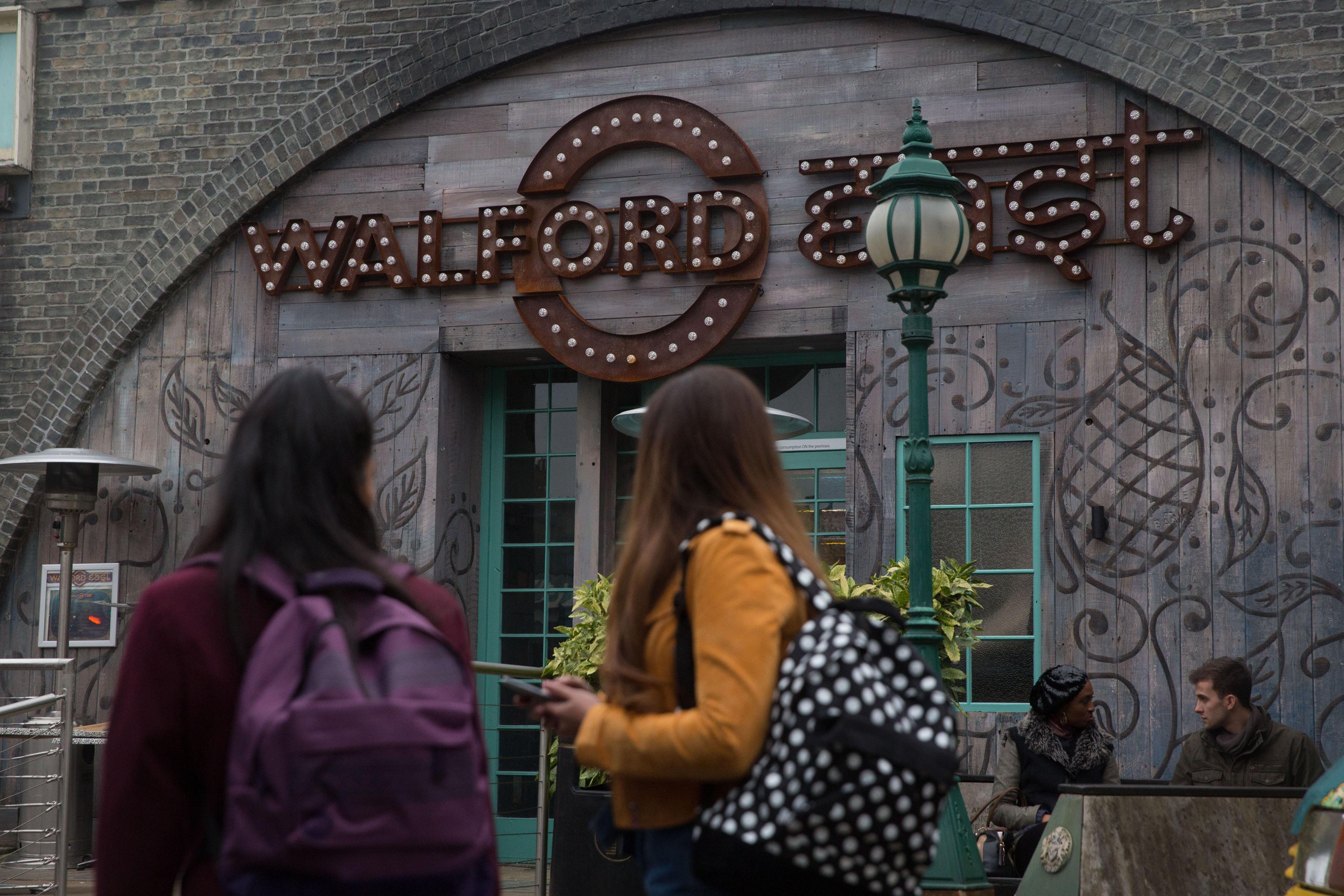 As the week draws to a close, Habiba is full of enthusiasm for work, adamant she and Irqa can make running the restaurant a success.

But when Irqa suggests calling home, Habiba shoots her down – so what’s stopping them?

Habiba enlists Ruby Allen’s help for a promotional event, much to Iqra’s annoyance.

As Habiba shakes Ruby’s hand on the deal, Irqa worries about money and how they’ll pay her for her work.