EastEnders fans are predicting newcomer Jags Pansear (played by Amar Adatia) will save Chantelle Atkins (Jessica Plummer) from her abusive husband Gray Atkins (Toby Alexander-Smith). Could they be right?

Fan have watched in agony as Gray emotionally and physically abuses Chantelle in the BBC soap, leaving her distraught and isolated.

But could help be on its way in the form of newbie gangster, Jags?

In Tuesday’s episode, the Panesar brothers finally arrived in Walford.

While Ben Mitchell (Max Bowden) thought his nemesis’ were in the Square for him, it was revealed they were actually looking for their sister, Ash (Gurlaine Kaur Garcha) who turned out to be Iqra’s (Priya Davdra) girlfriend. 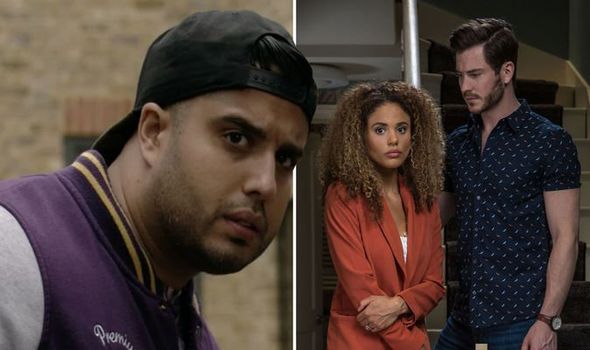 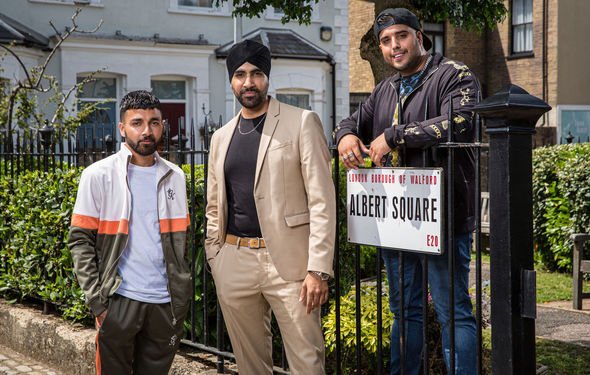 Viewers watched as the siblings split up to look for her, searching the market stalls, the park and The Queen Vic.

Vinny Panesar (Shiv Jalota) managed to track their sister down without telling his brothers and the two had a heart-to-heart, as she reinforced she’s never returning home.

As the other two brothers continued to search Walford, Jags and Chantelle caught each other’s eye.

No words were exchanged between the two but it became immediately obvious they recognised each other.

Will Gray find out about their past, putting Chantelle in more danger?

Has his time on Albert Square come to an end? 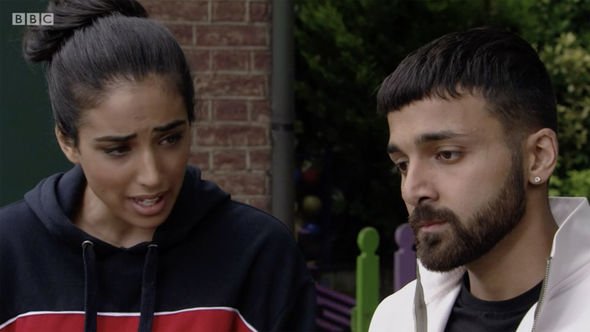 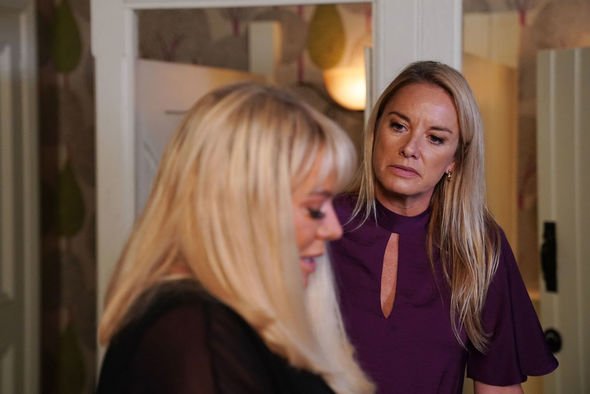 Later on, viewers watched as Kheerat (Jaz Deol) asked his brother what was wrong.

“You know that girl I used to date back in school – Chantelle?” Jags quizzed.

Kheeret replied: “Tall, fit. I remember you crushing hard for her.”

“Yeah? Did she know about it? Cos stalking doesn’t count,” Kheerat joked.

Will Jags and Chantelle reunite in coming episodes?

Could he be the one to get her out of her abusive relationship and spare no mercy?

Twitter was full of theories that shared the same though, as fans discussed their excitment for the abuser to get his comeuppance.

One user said: “Looking forward to Jags dangling Gray off the bridge instead of Martin.”

Another added: “#EastEnders Small appearance from Gray tonight but an important one. Who would of known that Jags liked Chantelle, and how does Gray get mixed into this whole thing? Can’t wait to find out!”

A third quipped: “#EastEnders Looks like the other key for Chantelle escaping her abusive relationship with Gray is Jags!”

The super sleuths could just be right, but the introduction of Jags could end up making things worse for Chantelle at first.

Elsewhere in the Square, Sharon Mitchell (played by Letitia Dean) could also be in for trouble as her affair with Keanu Taylor (Danny Walters) is set to be exposed by vengeful Mel Owen (Tamzin Outhwaite).

Reaching breaking point, Sharon begins to crumble under the pressure, but will the truth finally come out?

In explosive scenes set to air next week, Sharon and Mel enter a race against time to reach Phil at the airport first.

With the Mel determined than ever to get revenge on the Mitchell’s, will Sharon be able prevent her from carrying out her destructive plan?

Or are the Mitchell’s about to be torn apart once and for all?

EastEnders airs weekdays at 7pm on BBC One.

For confidential support call the Samaritans in the UK on 116 123 or visit a local Samaritans branch.