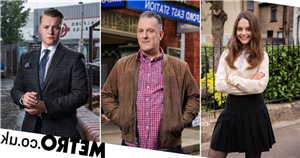 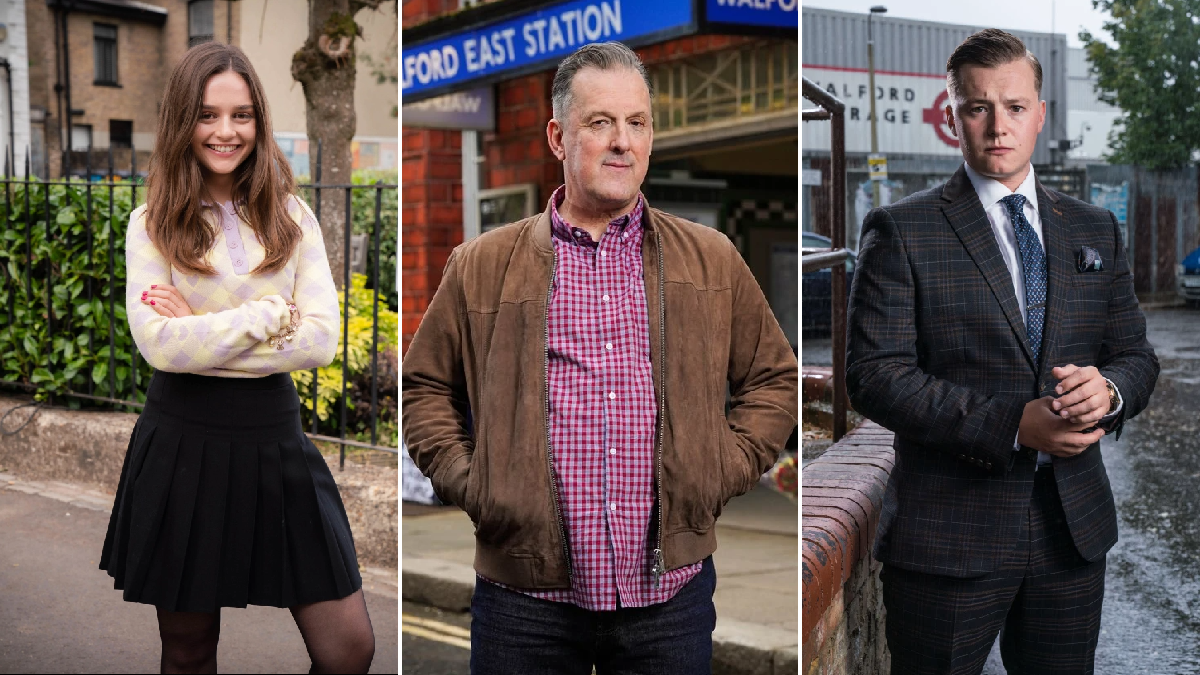 For any soap family to be such successful – or indeed any televised relationship – there has to be a believable authenticity.

On some occasions, actors are thrown together without chemistry; or worse they end up not being able to stand one another.

Yep, can confirm this DOES happen.

But for EastEnders star Ross Boatman, this is no problem at all; in fact he often considers his co-stars who play the Monroe offspring to be kids of his own.

The Monroes have been built up through a variety of punchy storylines which saw Barbara Smith’s character Dana arrive as a love interest for Bobby Beale (Clay Milner Russell).

Ross wasn’t far behind as Dana’s dad Harvey; a man conflicted by outdated views and his desire for his daughter to be happy.

As we saw Ross starting to develop and emerge from a place of ignorance, Charlie Wernham’s sinister alter ego Aaron was chucked into the midst.

Engulfed in the world of the violent far right, he followed his feelings of hate and intolerance to take horrifying actions such as subjecting victims to attacks and even planting an explosive device.

The Monroes have, at many times, been divided – with Harvey at one time banning Dana from seeing Bobby and now Aaron in prison for crimes that have shaken both the family and the community.

Off screen however, things couldn’t be more different as Ross joined Metro.co.uk for a chat.

Talking about working with the family unit, he enthused: ‘I think it made a difference that we all started at pretty much the same time  – I think Barbara was there for maybe a month before we got there – and we were all very excited about being the new family on the Square!

‘It’s a big deal as an actor to be in something as iconic as EastEnders, it’s a massive thing, and we were all just very excited.’

It wasn’t long before they formed a family-esque unit away from the cameras too, with Ross smiling that the three of them enjoy a relationship of mutual friendship and career interest.

‘The three of us fell into a very warm, caring relationship,’ he told us.

‘They’re not my children and they’re young, independent adults with their own careers and their own lives, but I feel very protective towards them and I think perhaps they look at me, not as a father figure, but as somebody who’s been in the business for a long time and has quite a lot of experience under my belt.

‘They’re interested in my journey and relating it to theirs. We laugh a lot and joke a lot about stuff. It does feel almost like they’re two of my own kids. I’ve loved working with them, they’re both absolutely brilliant.

‘Charlie’s had a great opportunity to shine in this exciting, controversial storyline and he’s done it brilliantly. He’s an absolute joy to work with.

‘And Barbara, who plays his loving, sweet, supportive daughter. The relationships we have off set are similar really in the way they play out.’

And it’s not just the family relationships that have been working out well. Ross is thrilled to see EastEnders building up something that we at Metro.co.uk feel has been missing for some time – a core male friendship group.

The actor said without hesitation that he has loved exploring the relationships between his character and pals Mitch Baker (Roger Griffiths) and Rocky Cotton (Brian Conley).

‘I like to think there’s lots of different sides to me and I hope there are, but definitely one of the sides is I’m quite a blokey bloke. I understand those relationships,’ he reflected.

‘But I spent a fair amount of my time growing up being in pub situations or football situations with the boys, with the lads, having that jovial banter, taking the mickey out of each other, but being there to support each other when it’s needed when there’s angst and drama’.

He added: ‘So those kind of relationships come quite naturally to me and I definitely enjoy playing them.

‘It’s nice to enjoy the lighter side of stuff on Albert Square, because there is a lot of misery, for want of a better word. It’s part of the tradition of soaps.’

With Aaron facing danger in prison and love interest Jean Slater (Gillian Wright) experiencing manic episodes of her bi-polar episodes, it remains to be seen whether that lighter stuff might still manage to wave through all of that tension.

But one thing is clear – even if we don’t see it played out; there are far more smiles after the director shouts ‘cut’!