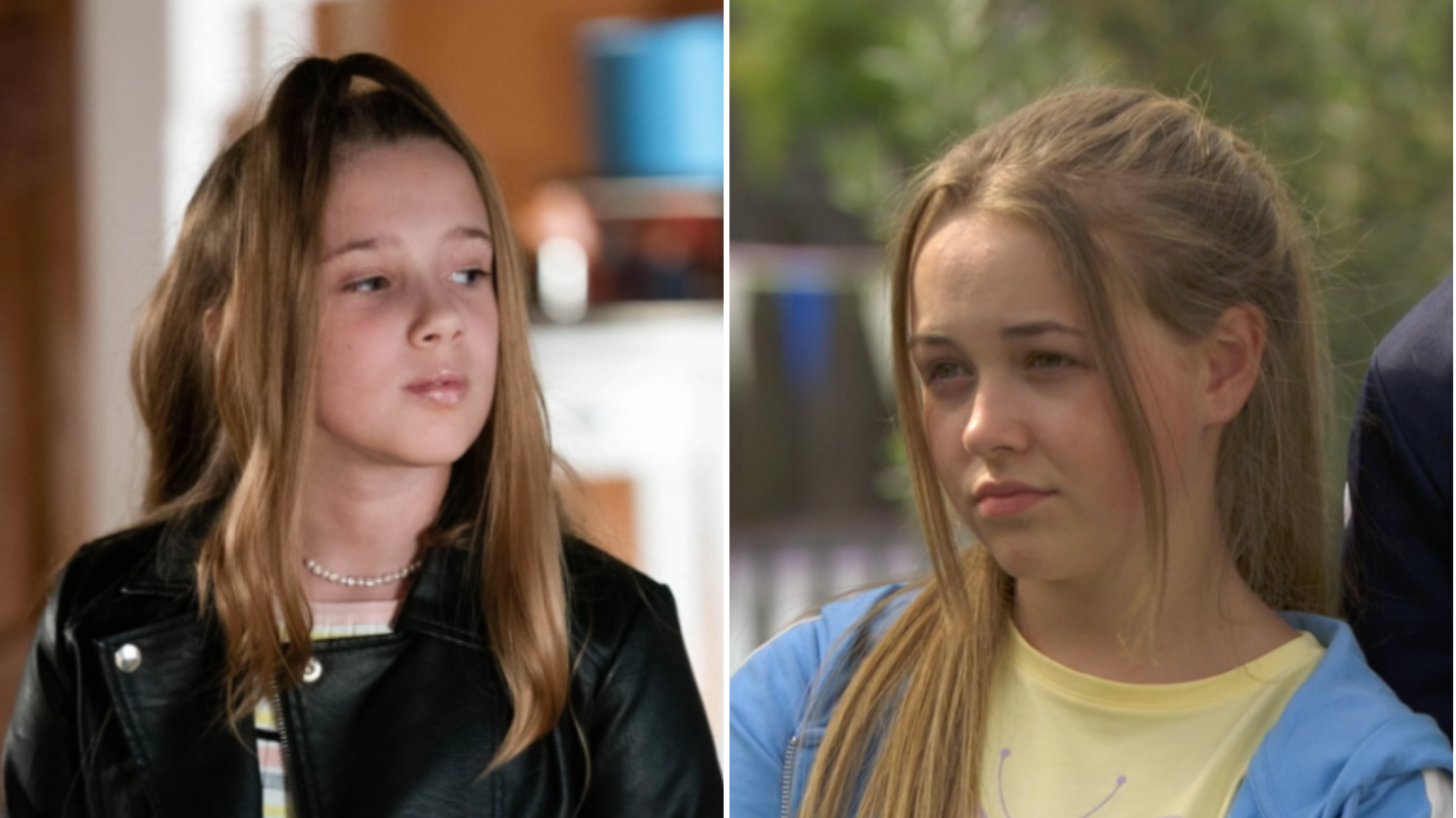 The following article contains spoilers for this week’s EastEnders episodes, which have NOT yet aired on TV, but can now be viewed on BBC iPlayer in the form of a boxset.

EastEnders has recast the character of Amy Mitchell, with Ellie Dadd taking over the role.

Amy has been portrayed by five different actresses over the years, with Abbie Burke having played the role since 2014.

Ellie Dadd, however, has now taken over, with her debut scenes set to air on Tuesday, August 9.

Amy features in a big storyline in upcoming scenes, as she becomes keen on Denzel Danes, who arrived in the Square last week.

The pair strike up quite a bond at first, with Amy determined to impress the newcomer, but the arrival of Davinder – aka Nugget – complicates things, and both he and Denzel ultimately leave Amy upset.

Amy relays her ordeal to Chelsea Fox (Zaraah Abrahams), who wastes little time in confronting the two boys, ordering them to apologise to her for what they did.

You can watch Ellie’s debut scenes as Amy on BBC iPlayer right now.

With EastEnders’ typical broadcast schedule disrupted by sport this summer, the decision was made to allow audiences the opportunity to watch episodes of the BBC One soap online ahead of broadcast.

The soap will continue to drop episodes on iPlayer each and every Monday until mid-August.

These episodes will still air on BBC One and Two later this week. And, whether you’re bingeing or watching on the telly, it’s a week in Walford that’s not to be missed.

This week’s EastEnders is now available to stream on BBC iPlayer.