EASTENDERS have unveiled an eye-catching anti-racism mural that will become a permanent feature in Albert Square as filming resumes. 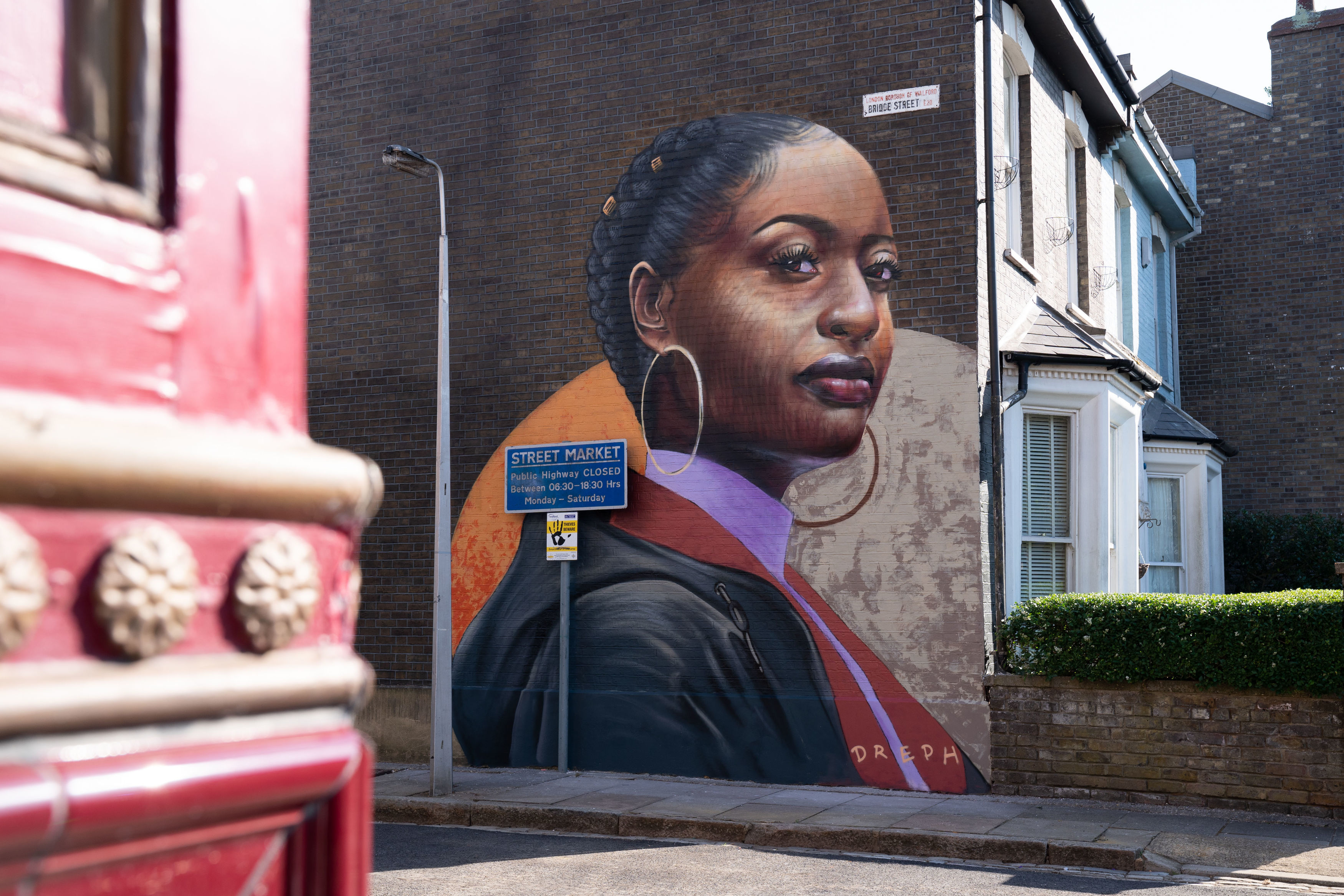 The stunning art features a black woman, and was painted directly onto Ian Beale's side wall on Bridge Street – opposite the Queen Vic pub – over several days by Dreph.

It measures an impressive 5×2 metres, and was completed ahead of the cast and crew returning to work today [Monday 29th].

Producers have promised that the mural will be a backdrop to many storylines in the coming weeks.

Dreph, who was born in Nottingham, is known for his large-scale murals across the world, and often pays tribute to living unsung heroes and heroines with his work. 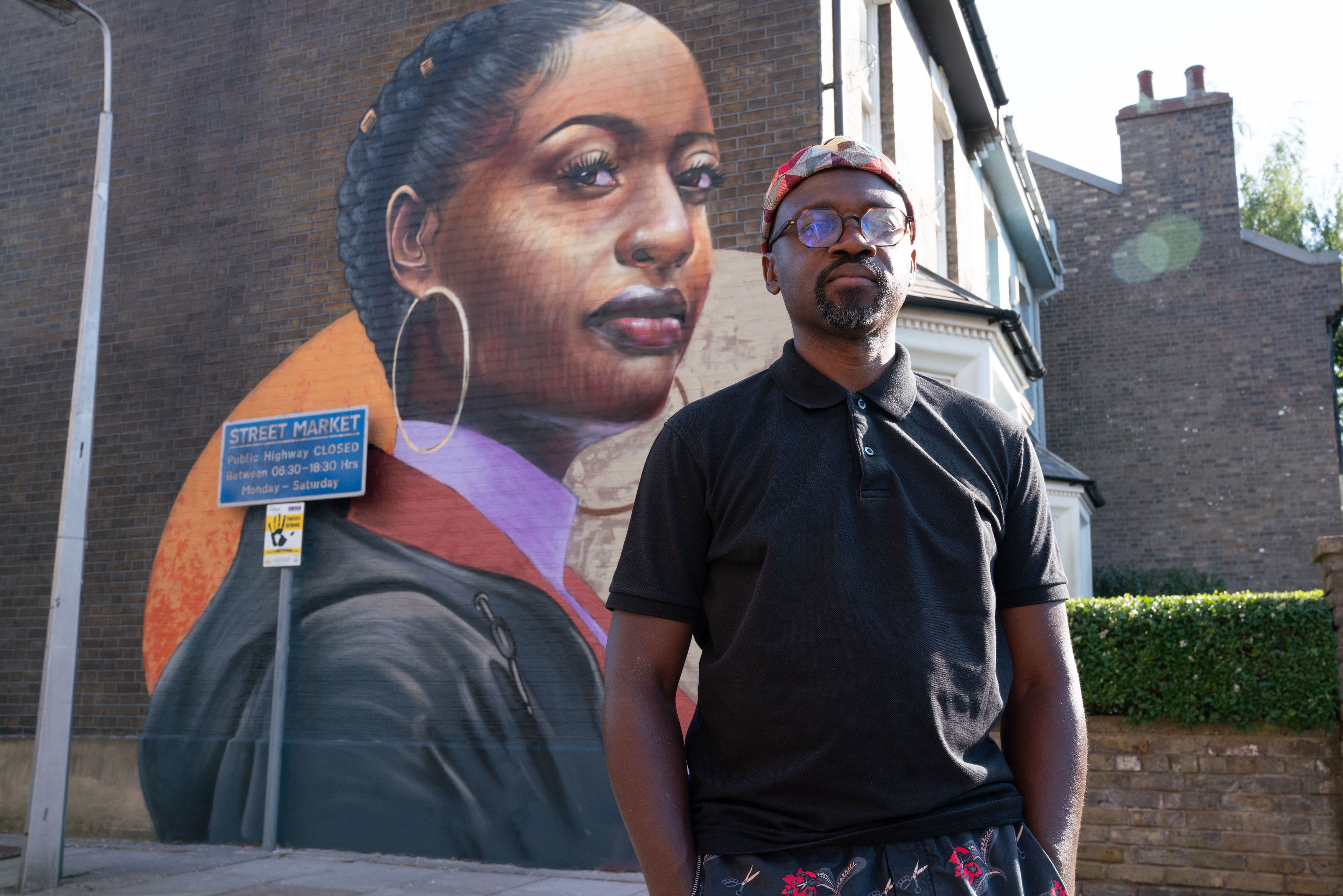 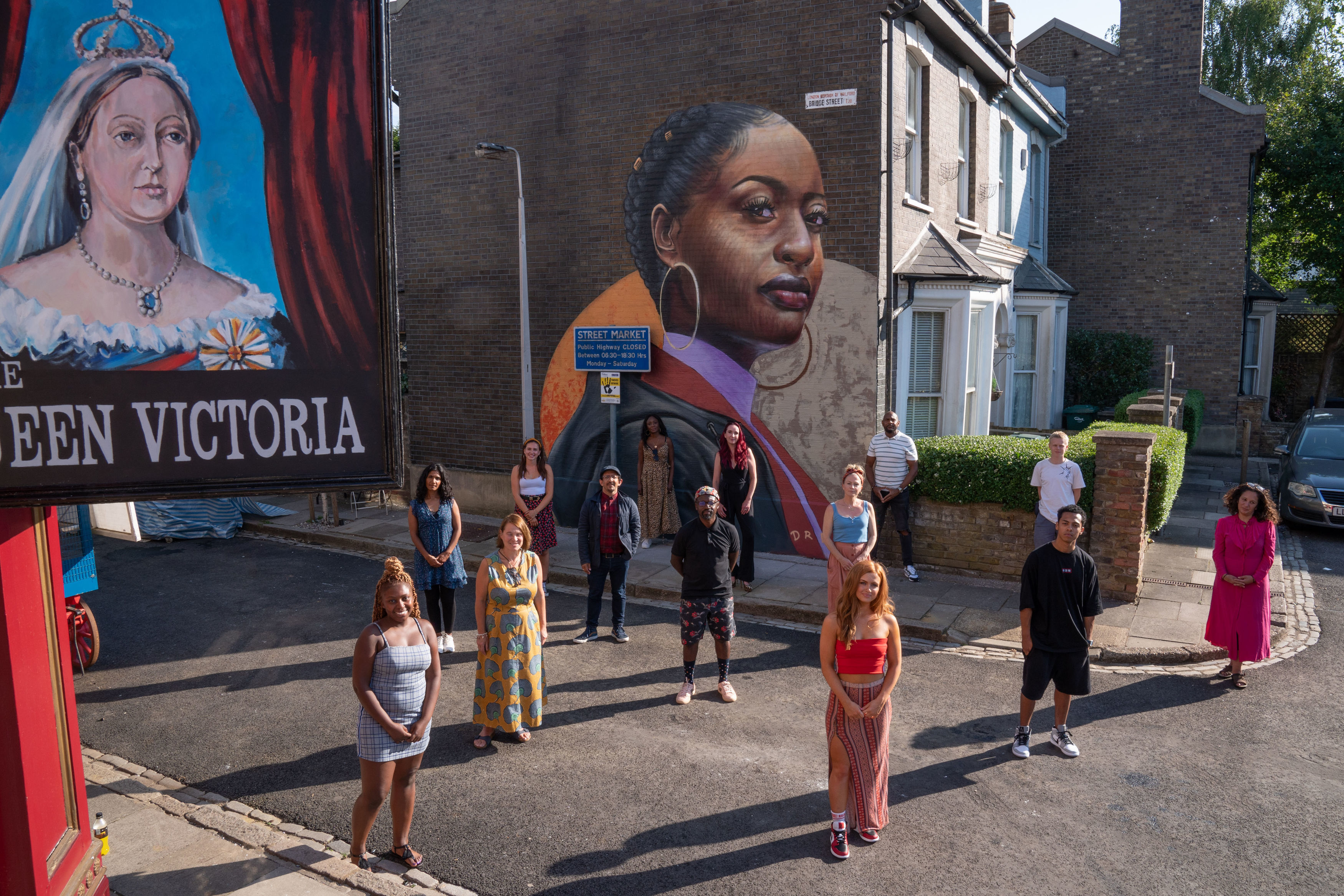 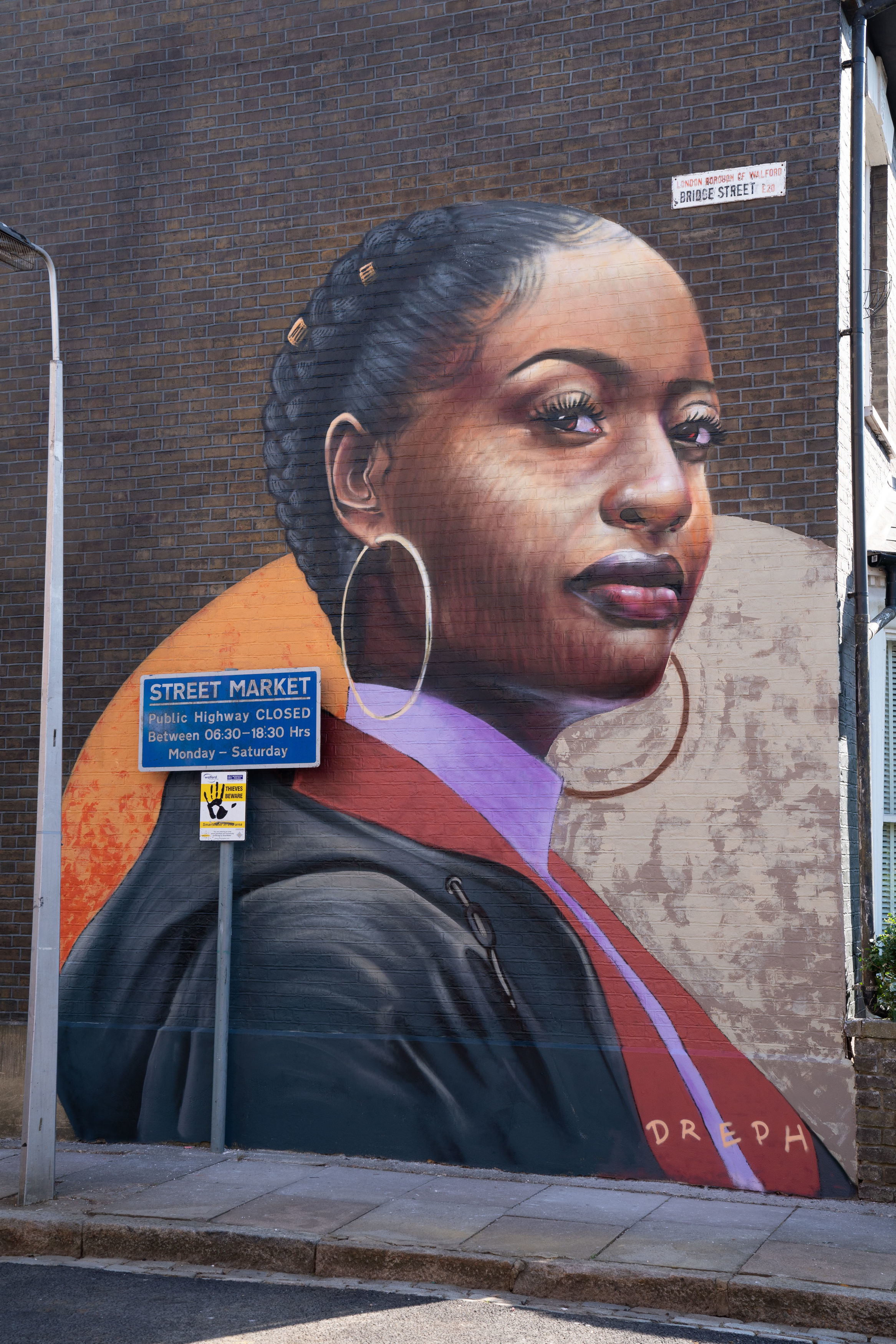 Speaking about his painting becoming a permanent part of the BBC One soap's iconic set, he said: "The opportunity to have my art work on the set as a permanent feature, having the same impact as my work has on the streets of London, was a really exciting opportunity.

"I remember watching the very first EastEnders episode 3 decades ago, so I was really surprised to hear from the team!

"I’m so pleased that EastEnders has found a way to reflect modern day UK in a time when so many of us are finding ways to voice anti-racism and I’m so happy that my work will become the backdrop to future storylines in the show."

EastEnders' Executive Prodcer Jon Sen added: "Dreph’s mural is an exciting and timely addition to the show that reflects events taking place in the real world.

"Anti-racism is something that the cast, crew and producers care passionately about at EastEnders and the show is well known for tackling social issues and celebrating diversity and inclusivity through its characters and storylines." 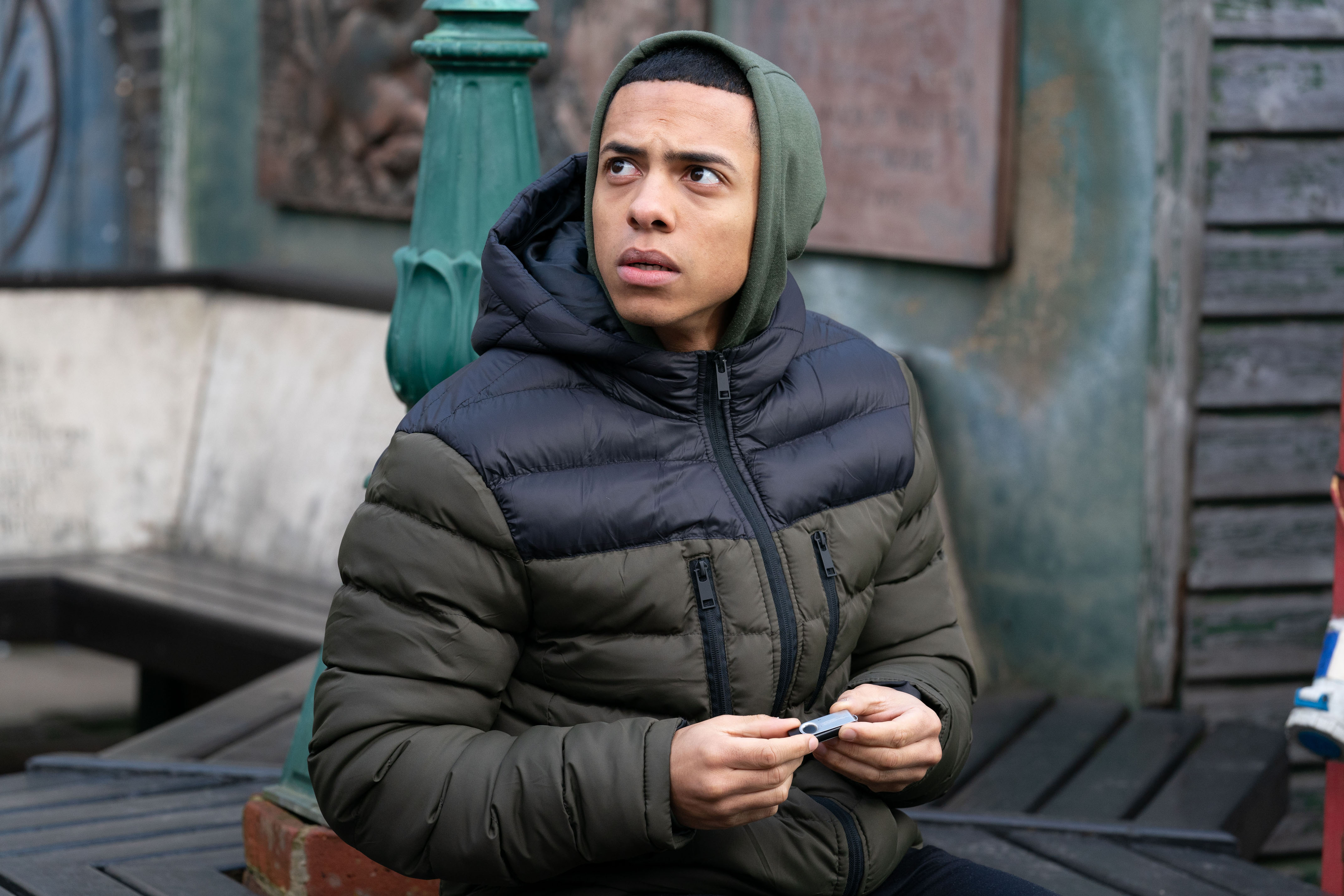 One of the soap's ongoing storylines has been focused on Keegan Baker's struggle with unconscious racial bias, with fans eager to see how it will unfold when new episodes return to our screens in September.

The ongoing coronavirus pandemic halted production on all soaps back in March, and EastEnders ran out of pre-recorded episodes earlier this month.

With filming resuming tomorrow, following new health and safety guidelines, fans have been promised four 20-minute shows a week as of September.

Currently, the BBC is airing an iconic vintage episode of the soap once a week, as well as a behind-the-scenes series, Secrets of the Square.