Fans will be left stunned by the action packed, hour-long special which will see the Slater family torn apart. 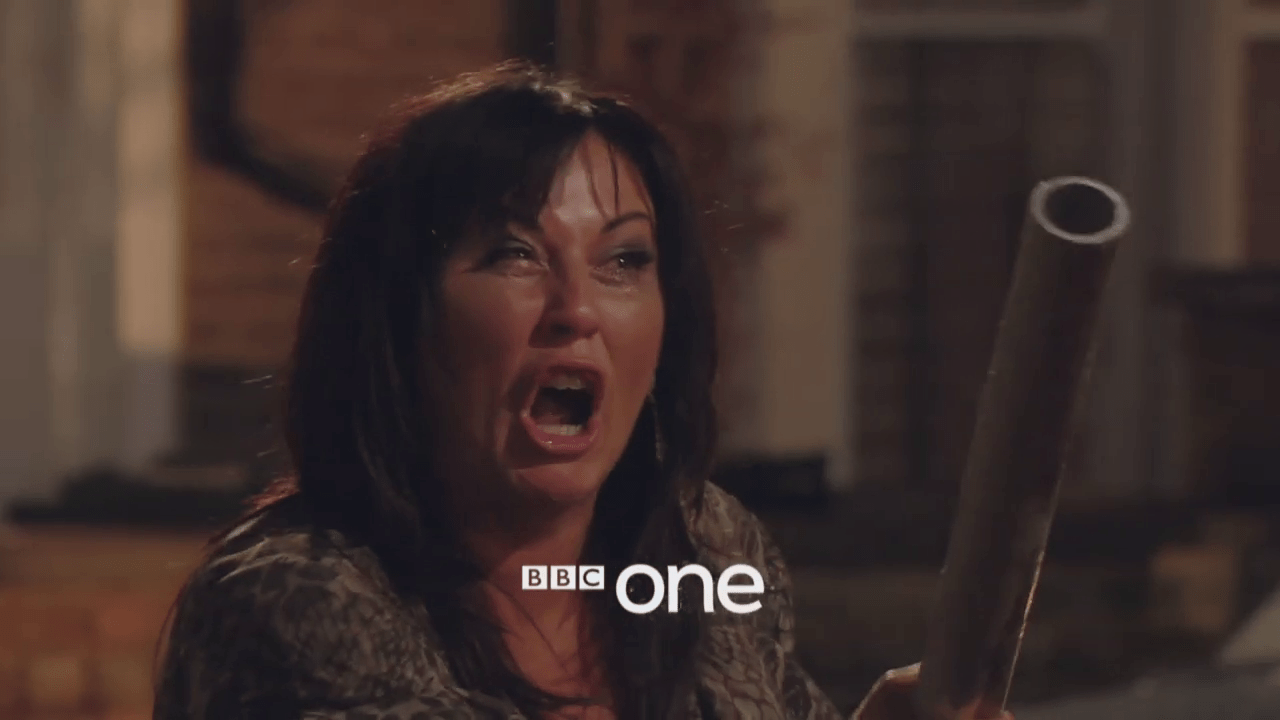 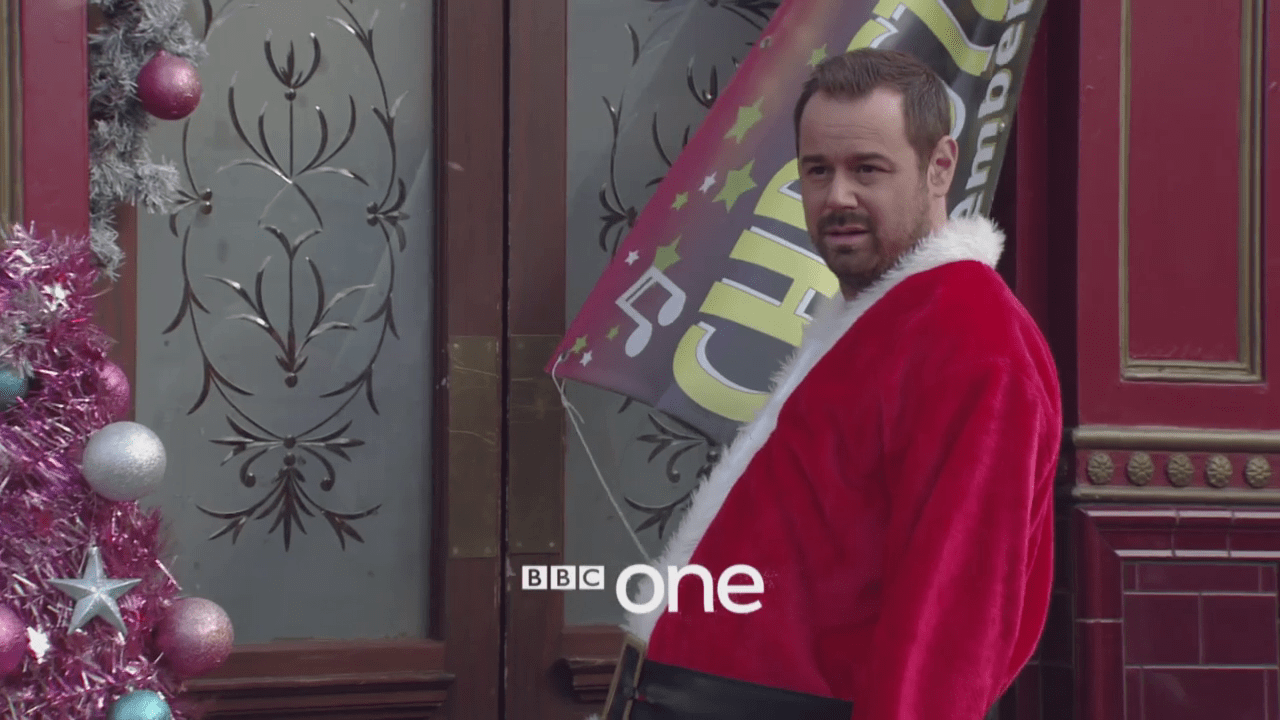 During the clip Hayley is seen trying to seduce Alfie before a furious looking Kat walks in.

The mum-of-two loses her head and starts smashing up the house before being chased outside by Alfie.

Next she’s seen wielding an enormous metal pole and screams: “I will do time for you!”

Kat then starts whacking a car on the street as Alfie, and a terrified looking Hayley, look on in horror. 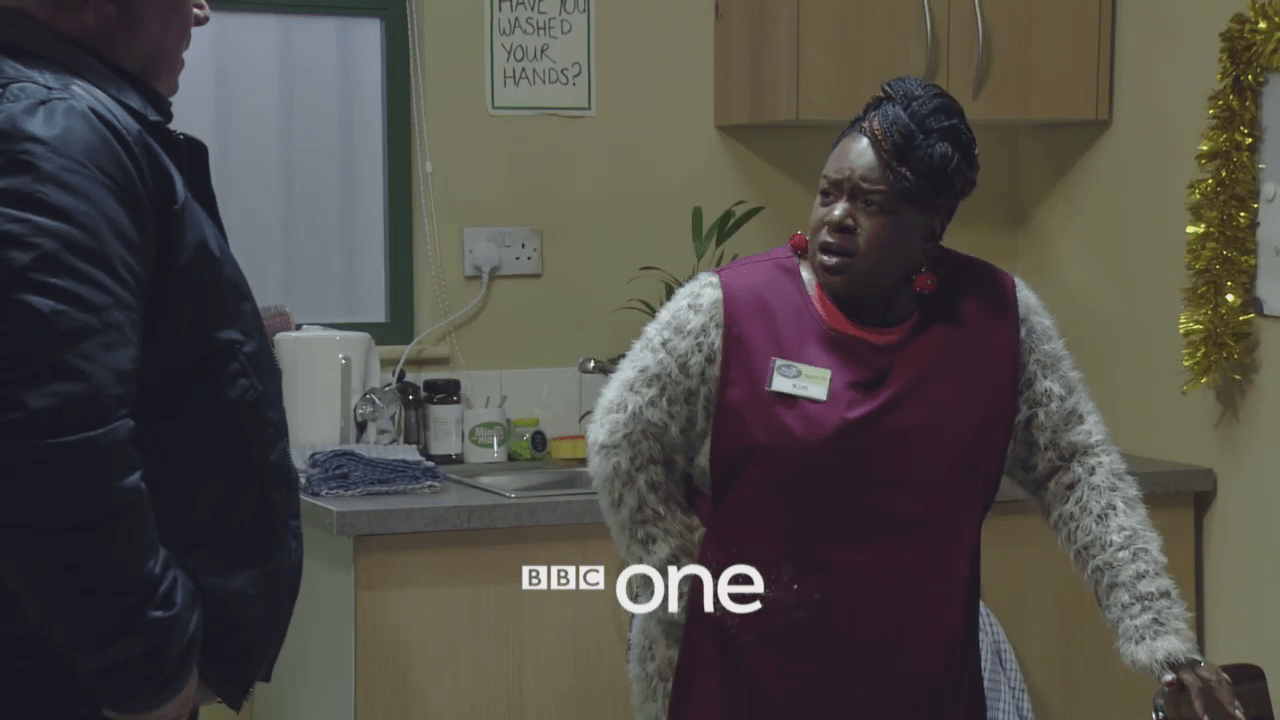 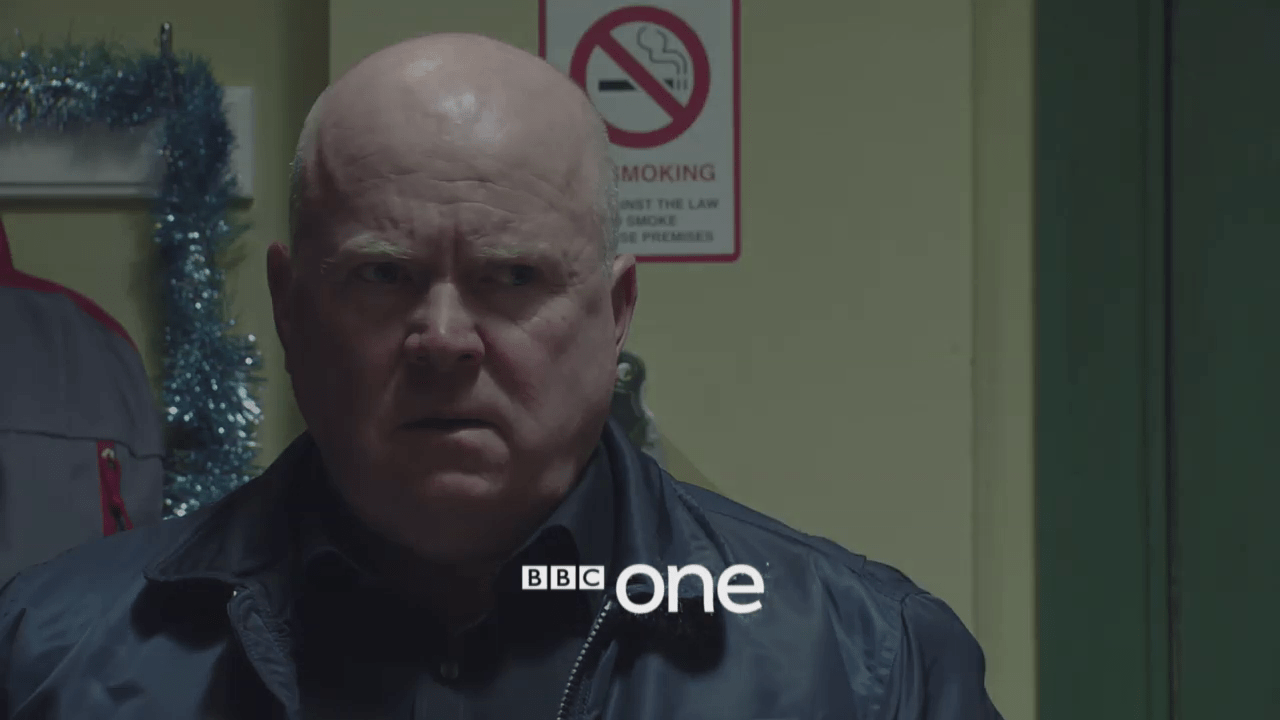 The Sun exclusively revealed how Alfie Moon will be left for dead in the explosive episode and the latest teaser clip shows just who puts him there.

As viewers know, Alfie is the father of Hayley’s baby daughter Cherry and it seems he’s torn between his wife and his one-time lover.

“Let’s see what we have in store this Christmas.”

The video goes straight into some of the jaw-dropping scenes from the special, including Mick’s spectacular return.

He’s out for revenge and viewers will see twisted psychopath Stuart Highway gagged and bleeding after the pub landlord finally gets his own back. 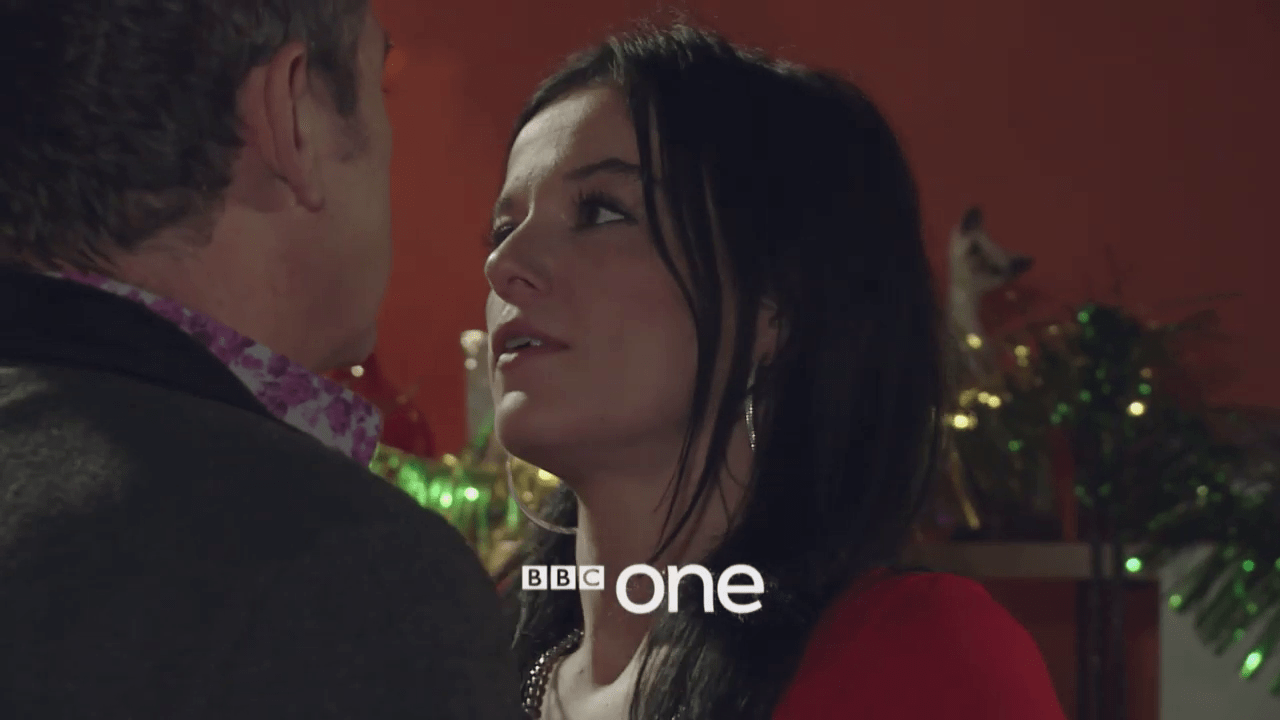 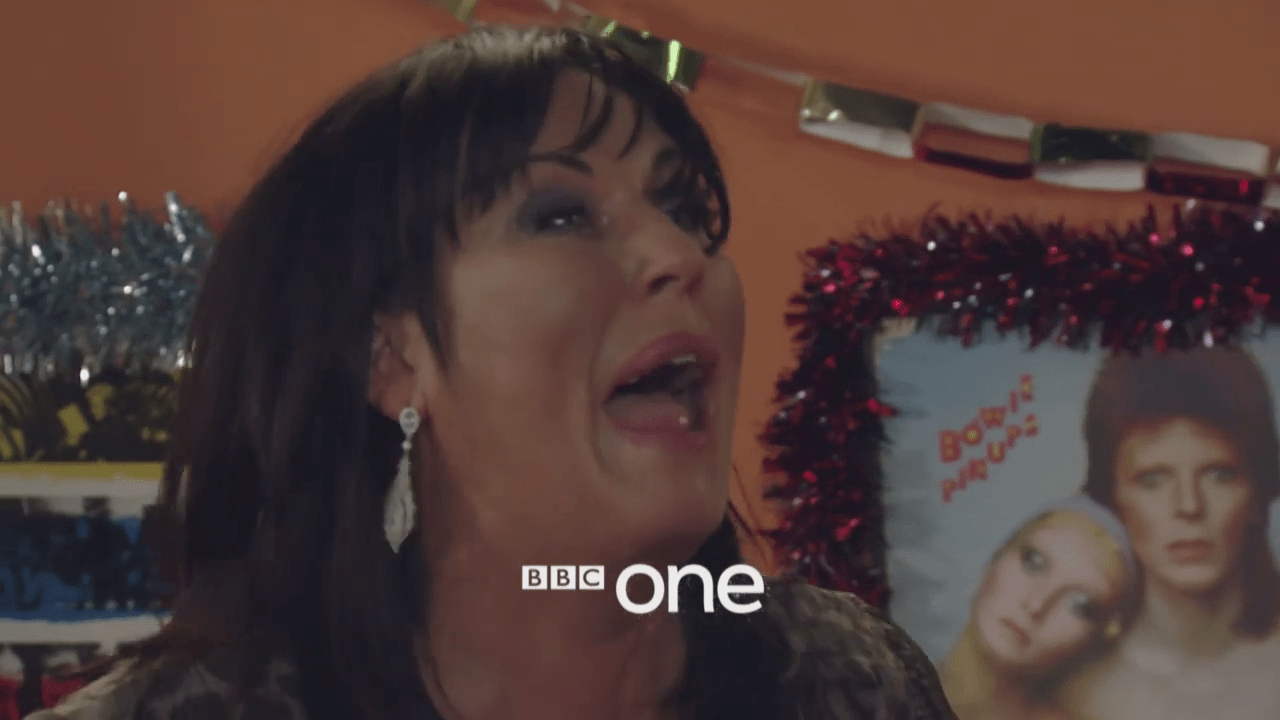 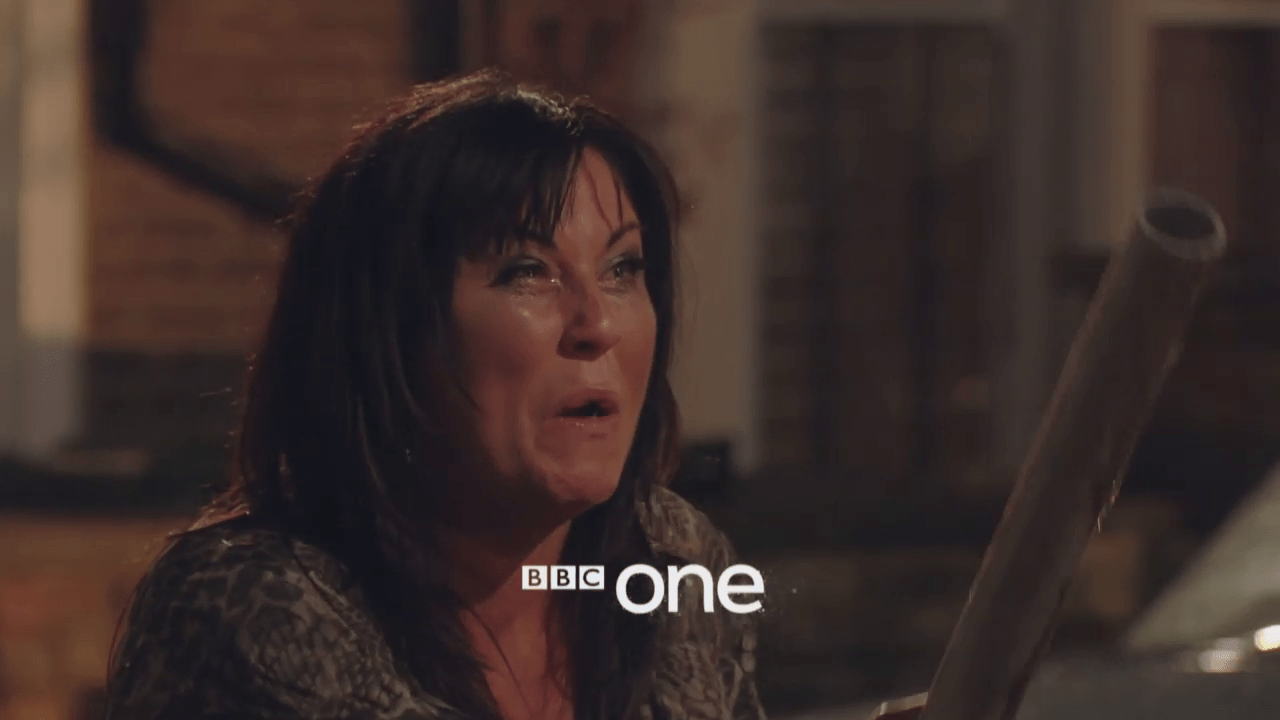 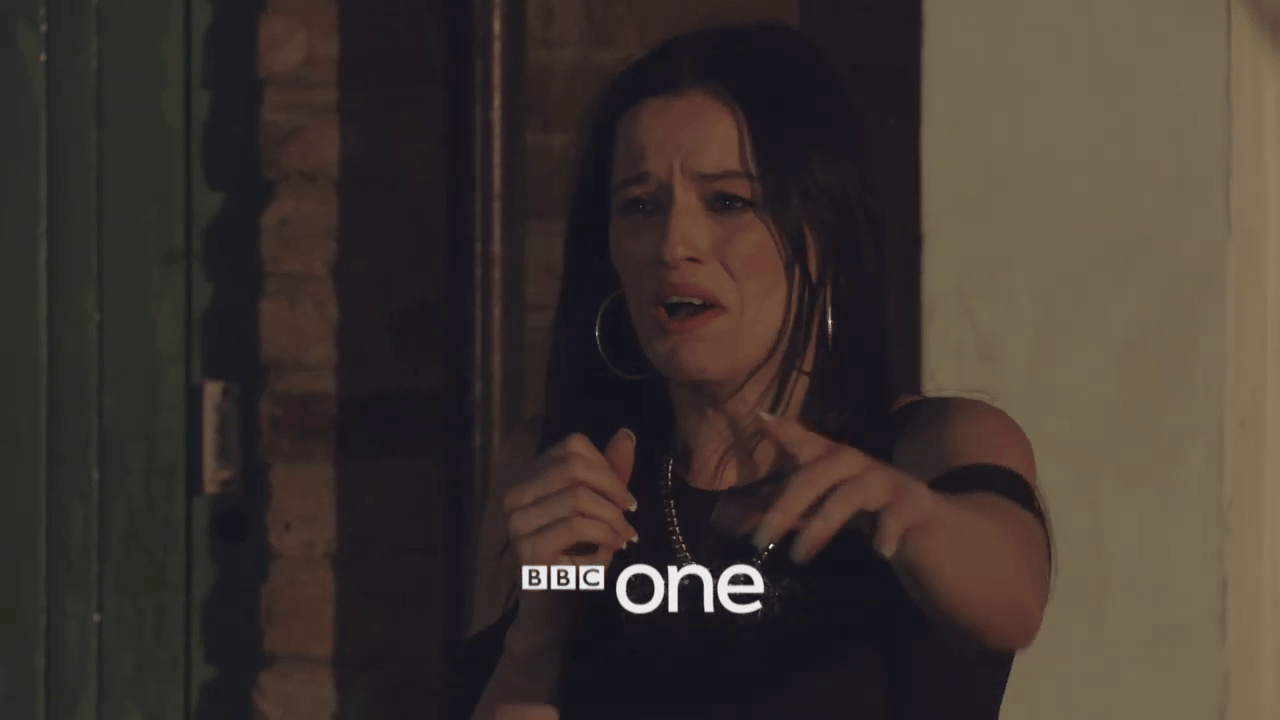 Speaking of the Christmas Day special, a source told The Sun: “It will all kick off big-time.

“Kat will confront him about the baby before all hell breaks loose. The scenes will leave him for dead.

“Alfie is a huge character and this is going to be classic EastEnders drama.”