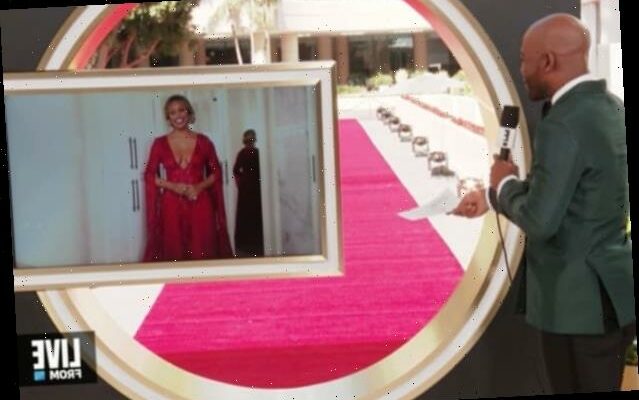 Nothing about this year’s Golden Globes red carpet was normal, but these moments were just…extra uncomfortable 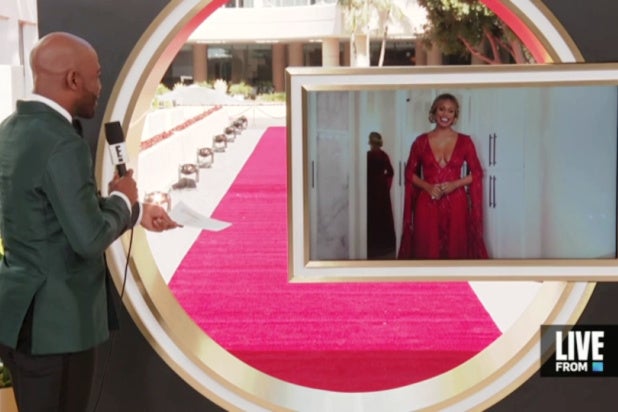 The Golden Globes red carpet looked pretty different this year — like, no red carpet — but a few things remained the same. The stars were all glammed out, everyone was excited and there were plenty of awkward moments.

Giuliana Rancic handled hosting duties for E! once again, this year accompanied by Karamo Brown instead of Ryan Seacrest. Together, the pair deftly handled the odd circumstances made necessary by COVID. Of course, considering the hosts had to conduct their pre-show interviews virtually, the weirdness was a bit compounded.

Here are some of the most uncomfortable moments from the pre-show on E!

Laverne Cox was one of the only stars who stood far enough away from the camera so audiences could see her entire gown. But from there, her red carpet interview got weird. In fairness, it wasn’t all on Cox. First came Brown repeatedly referring to the thriller “Promising Young Woman” as “Promising Young Women.” It was a minor flub repeated over and over again, but one that Twitter definitely noticed.

But the true awkwardness came when Brown tried to set up Cox with Regé-Jean Page, who stars as the Duke of Hastings on “Bridgerton.” Cox has openly talked about her love for both the character and the actor, so Brown asked if Page has slid into her DMs yet.

Cox quickly shut it down, laughing as she reminded Brown that she’s actually seeing someone. The interview ended moments later, with Brown apologizing for sparking the discomfort. 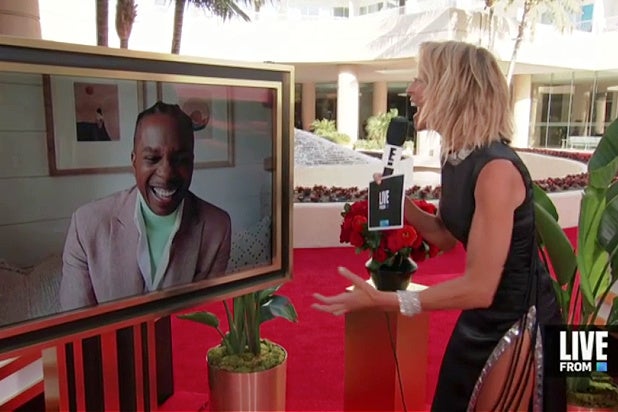 Of all things you might expect Leslie Odom Jr. to be asked to sing on the red carpet, you’d probably think something from “Hamilton” would be at the top of the list. But Giuliana Rancic went old school, calling back to Odom Jr.’s debut on Broadway in “Rent.” Odom Jr. starred as Paul, a cop, and others, according to Playbill.

He was more than happy with Rancic’s enthusiasm…but he didn’t actually sing along with her.

To her credit, Rancic fully committed to the moment.

While interviewing “Zoey’s Extraordinary Playlist” star and nominee Jane Levy, Brown asked the actress if there was any other nominee that she would have liked to meet had the award ceremony been held in person. Her answer? Catherine O’Hara, of “Schitt’s Creek.” To that, Brown enthusiastically replied that he would love that for her, and in fact, would love to join Levy and O’Hara for a drink.

Perhaps it was because of a delay on the virtual call, but Levy’s response to that? Dead silence. Sorry, Karamo. Looks like that drink is ladies only.

To be clear, the appearance of any celebrity’s dog is more than welcome. We didn’t get many during E!’s red carpet, but we did get Regina King’s. Her pup, named Cornbread, simply napped through her red carpet interview, not caring one iota that his mom was nominated and was all glammed up with no place to go.

It was cute, but undeniably weird once King started discussing the controversy surrounding the HFPA’s lack of diversity.

Zanna Roberts Rassi was onhand for E! as their celebrity style insider, giving fans exclusive looks at the stars’ fancy duds for the night. Unfortunately, it was a little difficult to pay attention to her “awesome scoops” because she nearly dropped her mic…multiple times.