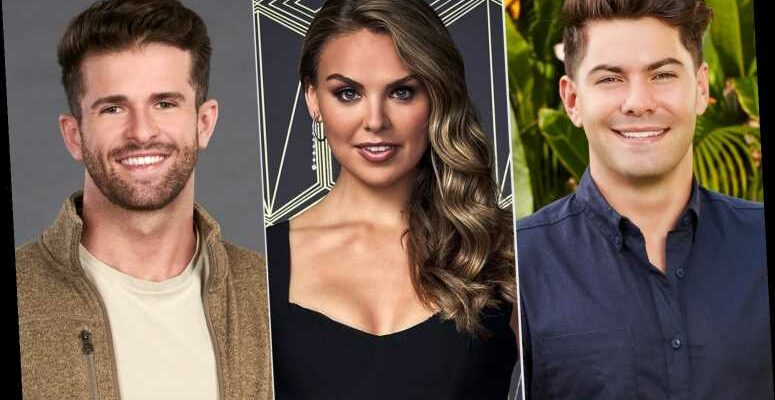 Dylan Barbour is speaking out about what he allegedly witnessed while appearing on season 15 of The Bachelorette.

Barbour, who competed on Hannah Brown's season that saw her award the final rose (and get engaged) to Jed Wyatt, opened up in a candid Twitter Q&A over the weekend about what he alleged went on behind the scenes.

"Cancel ABC and the bachelor," began Barbour, 26. "Kinda wanna air out their dirty laundry mom got me riled up."

After telling one user he thought Wyatt, 27, "got the most screwed over by production," in the user's words, Barbour responded "Yes" to a fan after they asked, "Are you saying he didn't cheat on hannah?"

During her season, Brown, 26, picked Wyatt over Tyler Cameron and Peter Weber, but later called things off after PEOPLE reported her fiancé allegedly had a girlfriend when he came on the show.

Following Barbour's Twitter comments, Wyatt addressed his followers on Instagram, saying "it was really cool" that Barbour had spoken out and that he "never" cheated on Brown.

"It was really cool that this got brought to light by Dylan. … But the facts are this, that yes, I was highly manipulated and from it deeply mentally affected from the show," Wyatt said on his Instagram Story Sunday. "And two, no, I never cheated, ever, on Haley or Hannah."

In other tweets, Barbour — who went on to compete on Bachelor in Paradise and got engaged to former Bachelor contestant Hannah Godwin — gave some hints about how production worked (like knowing names during the rose ceremony) and also said, "It's easy to make a bad person look worse, it's hard to make a good person look bad."

"My last thought: they need you until they don't," he ended his thread. "Each person is a pawn in a larger scheme, and they do not have contestants best interests in mind. Mental health is not a concern. Multiple people develop issues post show and they do nothing to help. If anything, they fuel hate."

The ABC series had no comment when reached by PEOPLE. Want to get the biggest stories from PEOPLE every weekday? Subscribe to our new podcast, PEOPLE Every Day, to get the essential celebrity, entertainment and human interest news stories Monday through Friday. Get a taste of the podcast below.

Exactly a year after her engagement to Wyatt, Brown — who recently sparked romance rumors after she and model Adam Woolard were spotted holding hands in Los Angeles — reflected on the moment in a heartfelt Instagram post.

"Ever look back on a memory and it feels like just yesterday … but also like a different life? Me too. Exactly a year ago today," the Alabama native captioned a May 2020 post featuring a photo of herself alone at the proposal site in Greece.⁣

"I remember that day. I don't like staying there for too long, but I remember it really well," she continued, in part. "I remember thinking, 'Oh, this has all the makings to be the best day of my life … but gah, it doesn't feel like I thought it would.' I didn't have words (or maybe I just didn't have the courage to say them?) but the pit in my stomach was screaming, 'this ain't it' (funny how sometimes it's the people around you that help you articulate your feelings better than you can)."

"I could fake a smile but I couldn't shake the doubt, and looking back, I know why," she admitted. "That ending was not easy, but it was necessary to get me here.⁣"