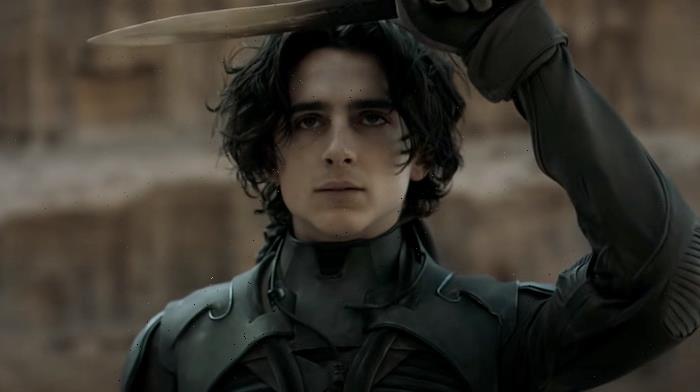 Last year’s New York Film Festival faced the impossible challenge of finding a way to forge ahead despite the pandemic, successfully pivoting to a nationwide digital-only series of events that viewers could attend from the safety of home. This year’s version will be closer to a return to normalcy, bringing back in-person screenings to the Lincoln Center theater in New York City between September 24 and October 10, 2021. We’ve known about some exciting additions to the festival, but now some major entries from filmmakers like Denis Villeneuve, Wes Anderson, and more are also on their way.

First things first: Readers can rest assured that /Film will be extensively covering the following features, bringing reactions and reviews throughout the week. As for the actual lineup of films (via THR), NYFF will be headlined by both Dune and The French Dispatch, thanks to the event’s “Spotlight section” that singles out the most highly anticipated and buzzy titles. Along with these two major additions, there will also be screenings for a whole slew of exciting must-watch movies, courtesy of the NYFF Twitter account.

A mythic and emotionally charged hero’s journey, Dune tells the story of Paul Atreides, a brilliant and gifted young man born into a great destiny beyond his understanding in visionary filmmaker Denis Villeneuve’s adaptation of Frank Herbert’s seminal novel.

As brimming with finely tuned texture as a juicy issue of a vintage magazine, The French Dispatch features precision work from a full masthead of collaborators, with director Wes Anderson’s deadpan whimsy complementing the film’s palpable sense of nostalgia.

In his densely beautiful, eye-popping animated spectacle, Belle director Mamoru Hosoda tells the exhilarating story of a shy teenager who becomes an online sensation as a magical pop star named Belle in a parallel virtual universe known as the “U.”

Charlotte Gainsbourg’s Jane by Charlotte about her legendary mother, Jane Birkin, consists of several intimate conversations, affording a spare, loving window into their emotional lives as they talk about subject matter that ranges from the delightful to the difficult.

Maggie Gyllenhaal adapts a 2006 novel by Elena Ferrante about Leda (brilliantly played by Olivia Colman), a divorced, middle-aged professor on a solitary summer vacation who becomes intrigued and then oddly involved in the lives of another family.

In his most achingly personal film to date, Marx Can Wait, legendary Italian filmmaker Marco Bellocchio uses the occasion of a family reunion in his hometown of Piacenza to excavate and discuss a traumatic event: the suicide his twin brother Camillo.

Joanna Hogg mines her own autobiography to craft a portrait of the artist as a young woman in early 1980s London. THE SOUVENIR is also an absorbing evocation of a time, place, and national mood. The Souvenir Part II is a Main Slate selection.