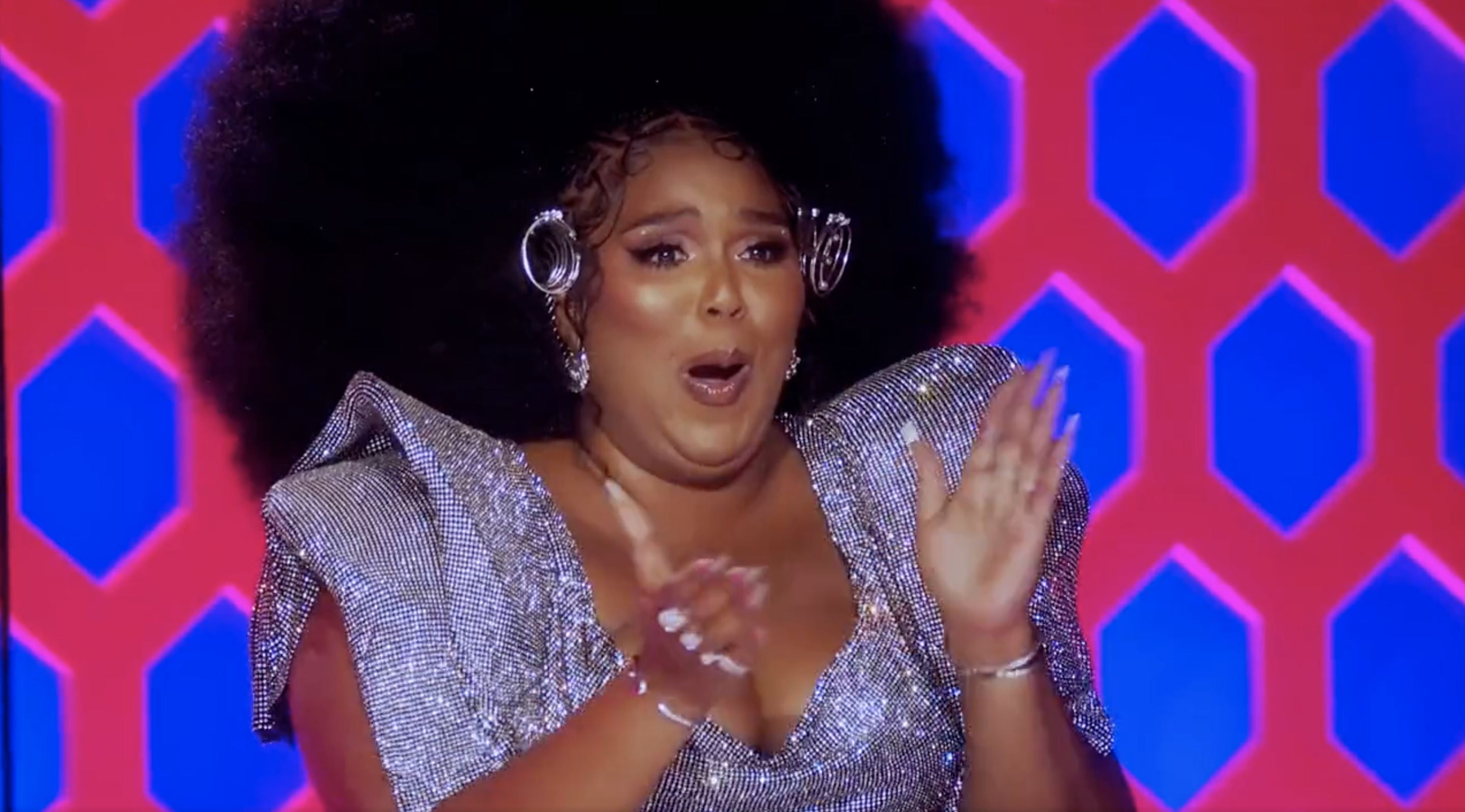 RuPaul’s Drag Race fans were absolutely loving Lizzo as the first extra special guest judge of season 14, with several calling for her to become a permanent judge… and we’d definitely back the idea.

On the first episode of the new series, the Good As Hell singer surprised the seven queens in the Werk Room, with the remaining seven contestants due to make their arrivals next week.

On the runway, the competitors were tasked with participating in a talent show, before taking to the runway in stunning ensembles in a bid to impress Lizzo, Michelle Visage, RuPaul and Ross Matthews.

Not only did Lizzo provide sound critiques to the queens, but she was also extremely supportive of them, especially with Kornbread ‘The Snack’ Jeté after the performer received some negative feedback from Michelle.

This isn’t the first time the musician has appeared on Drag Race, having made an appearance on season 10 four years ago.

She continued to be a hit among viewers the second time around, with many hoping that will return one day on a permanent basis.

‘It’s a Lizzo kinda day. She needs to be a permanent judge on #DragRace for sure. A f**king queen,’ one person tweeted.

‘I’m starting a petition for Lizzo to become a permanent judge on #DragRace,’ another wrote.