Love it or loathe it, you certainly can’t accuse Doctor Who‘s penultimate series 11 outing ‘It Takes You Away’ of being short on ideas.

Ed Hime’s script is absolutely bursting with wild and wonderful concepts – arguably, too many. The end result is a haphazard tale, one that’s sporadically brilliant but hugely inconsistent, as likely to provoke unintentional laughter as it is tears. It’s a poignant episode, about learning to let go of the people we’ve loved and lost, but it also features a scene where the Doctor (Jodie Whittaker) converses with a CGI frog voiced by Sharon D Clarke.

Things get off to a strong start, the episode building a strong sense of unease as our heroes stumble across and explore an apparently deserted Norwegian cottage. “There’s a child in this house,” notes Yaz, spotting a young person’s discarded footwear. “Or some maniac who collects kid’s shoes,” muses Graham (Bradley Walsh). Brrr. 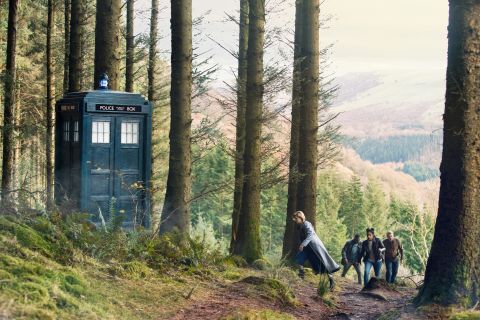 The horror-movie concept of our heroes being trapped in a spooky old house, while fending off something terrible that lives in the woods and is coming to get them, would be fuel enough for a decent story. But it’s not long at all before this idea is thrown out the window, the entire notion of the ‘monster’ being revealed as smoke and not-quite mirrors.

The whole set-up has been jury-rigged by Erik (Christian Rubeck) to prevent his blind daughter Hanne (Ellie Wallwork) from wandering outside while he’s away in another universe, spending time with a being he believes to be his late wife, returned from the grave.

It’s a reveal that retroactively makes the episode’s atmospheric opening all feel rather moot, and that feeling of pointlessness extends to anything that subsequently happens in the Anti-Zone, Doctor Who‘s take on Stranger Things‘ Upside Down.

‘It Takes You Away’ sees the Doctor and company quite literally advance from the beginning of the story through the middle to the end, but its second act has little of substance to offer – again, it throws ideas at us without ever fully developing them. 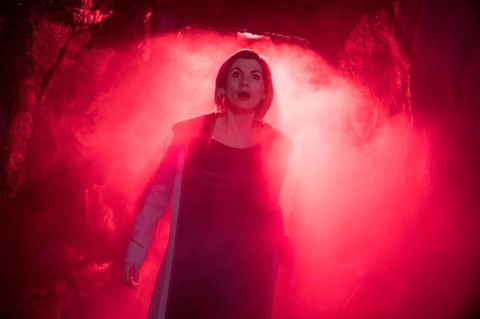 We meet a food-obsessed alien (Kevin Eldon, wasted) who after less than 10 minutes is devoured by flesh-eating moths, another concept that’s barely been introduced before being brushed aside. Even more frustrating is that the story’s overly busy nature means Hanne and her family’s compelling plight largely fades into the background.

It’s as we discover what’s really going on – as Hime picks one story and sticks with it – that things unsurprisingly start to come together. Erik, and now the Doctor and friends, have been led into a trap, albeit a benevolent-ish one, by a sentient universe that has been expelled from our reality and just wants some company.

To attract outsiders, the Solitract has built a world almost identical to our own and taken on forms that will appeal – for widower Erik, that means Trine (Lisa Stokke), and for Graham, that means a reunion with Grace, or at least something that looks like her. 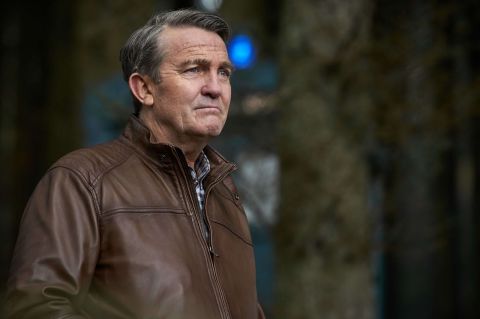 It’s here that ‘It Takes You Away’ really starts to sing, with Bradley Walsh utterly heartbreaking as a man who is desperate for his beloved wife to have returned, but won’t dare let himself believe it. Graham’s first reaction upon seeing Grace again – “Don’t do this to me” – is note-perfect, in both scripting and delivery.

Loss and letting go is what this episode, or at least its final act, is all about. Eventually, even the Solitract is strong enough to give up something it badly wants, while the Doctor too is willing to sacrifice herself to save Erik (gifting Whittaker another big Hero Speech, the sort of which this series has been lacking).

That theme of ‘moving on’ carries through right to the final scene, as Ryan (Tosin Cole) finally acknowledges Graham as his surrogate grandfather. It’s a moment we all knew was coming and so could have felt heavy-handed, but it’s nicely played by Cole, who plays the scene with a wry smile, as though Ryan both knows it’s a slightly cornball gesture, but also that it’s exactly what Graham needs. 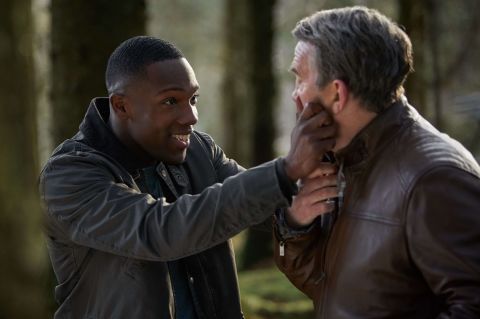 This strong climax largely saves ‘It Takes You Away’ after a moody-but-moot opening and a largely aimless middle, but even the episode’s ending isn’t entirely without fault… And yes, we’re back at the CGI frog.

Imagine how much more powerful the Doctor’s farewell would’ve been if the Solitract had just taken on Grace’s form again, or the form of someone the Doctor had loved and lost. Seriously, who thought a talking frog was a good idea?

All things considered, this latest Doctor Who ends up as both brilliant and baffling, serving up some of the very best and very worst moments of this current series right alongside each other. A Nordic Noir-inspired horror that’s also a touching reflection on grief and living in denial and a load of silly old guff with an animated amphibian, its over-ambition is its greatest flaw.