The Doctor Who Christmas special 2020 is on the way and fans are excited to see Jodie Whittaker return as the Doctor in this festive episode.

Doctor Who: Revolution of the Daleks is due to arrive on BBC One in late 2020 or early 2021, but no official release date has been announced yet.

For the first time in months fans were given a glimpse at the festive special, in the form of two new pictures and a short synopsis which were revealed during a New York Comic Con panel.

The first picture show the Doctor in her prison cell, making marks on the walls to indicate how long she has been trapped there since the finale of season 12.

The official synopsis says: “The upcoming festive special will see the return of one of the Doctor’s biggest and most feared enemies – the Daleks.

“The Doctor is locked away in a high-security alien prison. Isolated, alone, with no hope of escape.

“Far away, on Earth, her best friends, Yaz, Ryan and Graham have to pick up their lives without her. But it’s not easy. Old habits die hard. Especially when they discover a disturbing plan forming. A plan which involves a Dalek. How can you fight a Dalek, without the Doctor?”

The second photo shows the Doctor’s companions back on Earth and they seem to be deep in their own investigation. 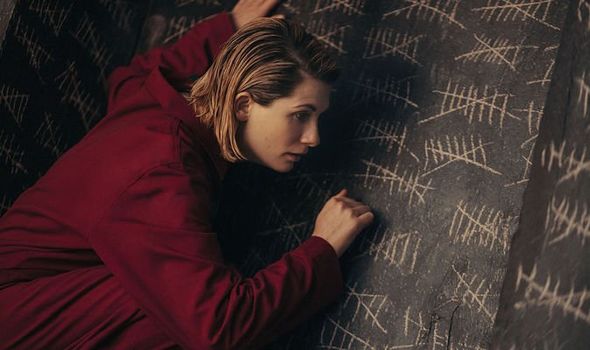