BBC’s Doctor Who is set to return with a bang in just a few weeks as the festive season looms ever-closer. The New Year’s Day spectacular picks up with The Doctor (played by Jodie Whittaker) remaining trapped in a space prison but disaster soon strikes when companions Yaz (Mandip Gill), Ryan (Tosin Cole) and Graham (Bradley Walsh) are forced to take on the responsibilities of the Timelord. However, the epic episode will mark the end of the journey for two characters with Graham star Bradley Walsh detailing a “very sad” final instalment for his alter-ego.

The show released an extended trailer for the upcoming special on Sunday night, with fans desperate to learn the fate of The Doctor.

‘Revolution of the Daleks’ sees Yaz, Ryan and Graham have to conjure up a plan to try and save the entire world from the threat of The Doctor’s ultimate nemesis.

Luckily, they are able to draft in Captain Jack Harkness (John Barrowman) for help as the character makes a highly-anticipated return.

However, there are a couple of high profile exits in store as both Graham and Ryan will decide to end their days travelling alongside the Timelord. 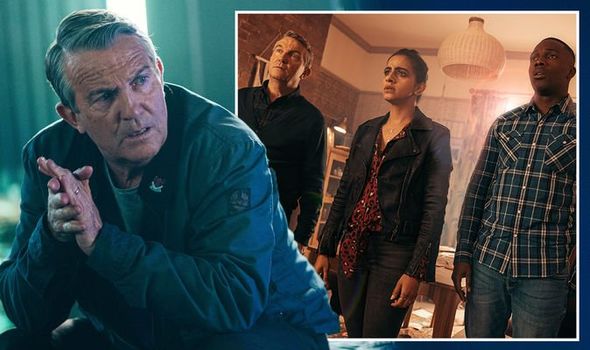 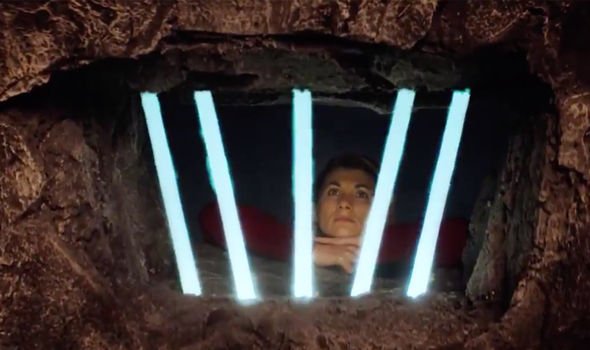 Speaking out on what viewers could expect from the episode, it seems there could be tears in store for those watching at home.
He said: “It is very, very dramatic. It is very sad. It is quite sad and poignant is the word.

“You can expect a lot of poignancy from the episode,” Bradley noted.

Bradley entered the world of Doctor Who back in 2018 with Tosin playing his step-grandson. 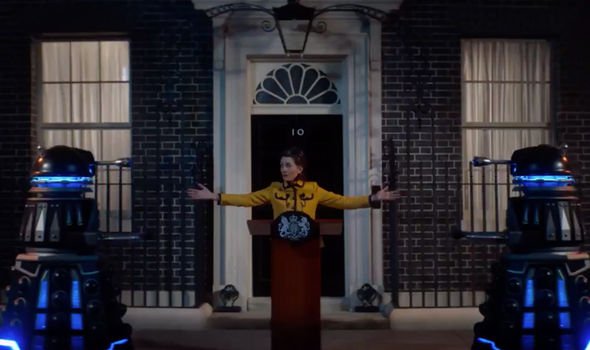 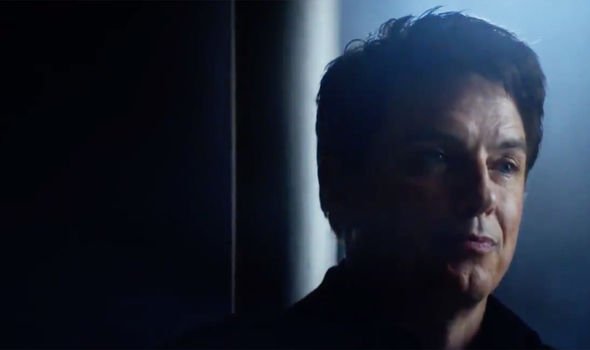 The characters became consumed in their grief after Graham’s wife Grace (Sharon D Clark) died as a result of being electrocuted and falling from a height.

But after being given the opportunity to travel with The Doctor, they jumped at the chance – but it’s now the time for this to come to an end.

Graham, Yaz and Ryan have been left by The Doctor and are left quite unaware of the extent of what’s happened to her.

“They are very annoyed,” Bradley said, “I think they are more annoyed as they feel like they have been abandoned.

DON’T MISS…
Doctor Who: Jo Martin’s Fugitive Doctor to return after star’s clue? [INSIGHT]
Doctor Who: Time Lord to meet Marilyn Monroe? [SPOILERS]
Doctor Who boss spills all on why Captain Jack was written out [COMMENT]

“I don’t think they realise what predicament the Doctor has been in and I think they are more annoyed and a bit upset that they have been sort of left alone.

“I think what is happening as well is that they are becoming slightly more accustomed to their surroundings being back on earth,” added the star.

The special is set to premiere on New Year’s Day and fans were delighted to see the new trailer released on Sunday night to confirm the show’s return.

Captain Jack is heard at the start of the teaser saying: “How many people in the universe get to meet The Doctor? Let alone travel with her.

“Being with The Doctor, you don’t get to choose when it stops, whether you leave her, or she leaves you.”

Yaz, Ryan and Graham can be seen trying to work together in the TARDIS as the threat of the oncoming Daleks takes hold across the world.

However, as they realise just how much The Doctor is missed, the severity of the situation starts to take hold.

Will all the companions get out alive and save the day, or could there be some major upset to come on New Year’s Day?

Doctor Who seasons 1-12 can be streamed on BBC iPlayer.