MICHELLE Keegan was seen retching over the side of a boat as she filmed Brassic in Wales.

The actress was back on the set of the Sky One drama yesterday with her co-stars as she returned as mum Erin Croft. 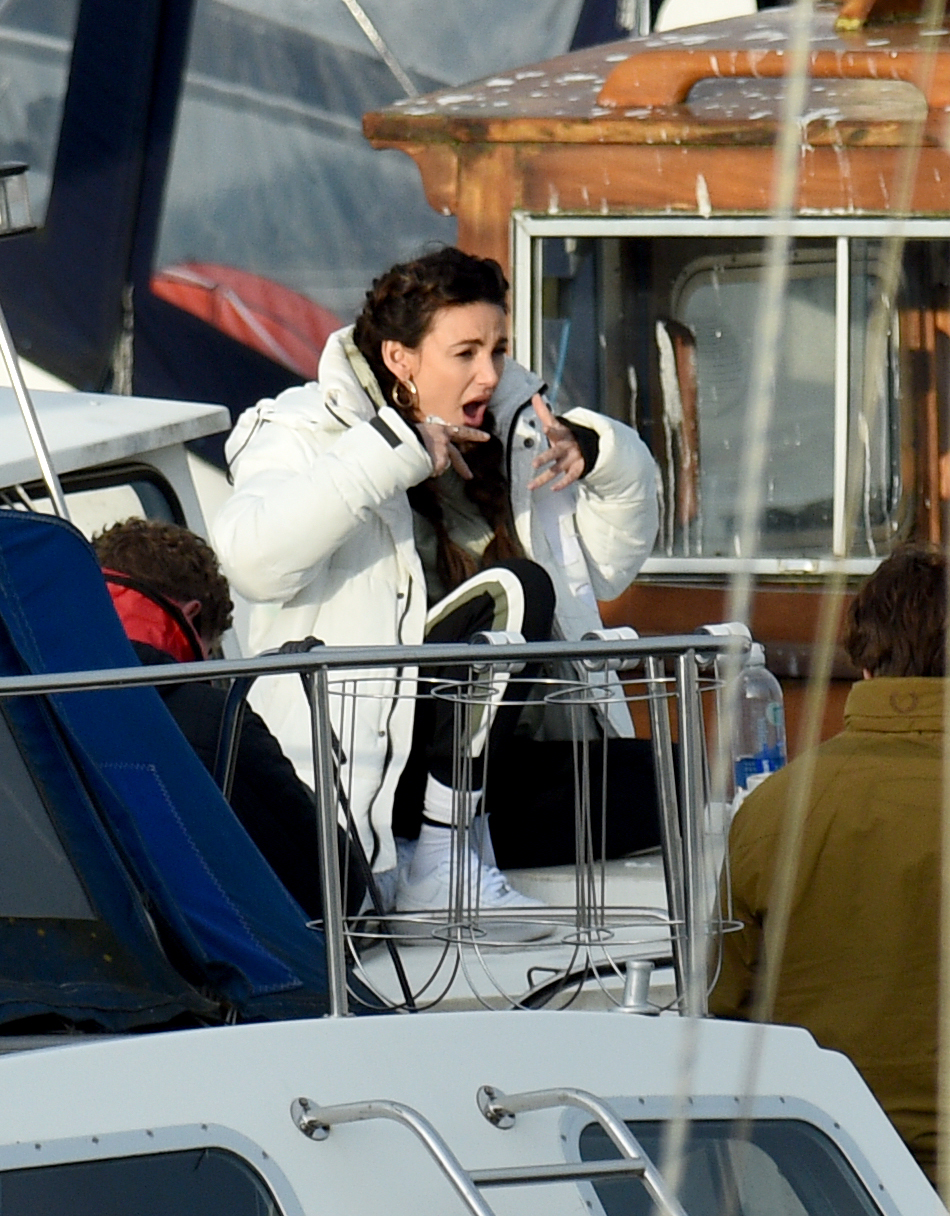 Michelle, 33, was in the middle of a disturbing scene as a body was carried onto the boat and she turned away in horror.

Mark Wright's wife, who kept warm in a white coat, leaned over the rails and gagged at the sight.

Although the Sky One drama is a comedy, it's a part the former Corrie star takes very seriously.

She told the PlotTwist podcast: "A lot of the time you see workingclass mums portrayed in a dark way and hard done by, but Erin doesn't feel like that. 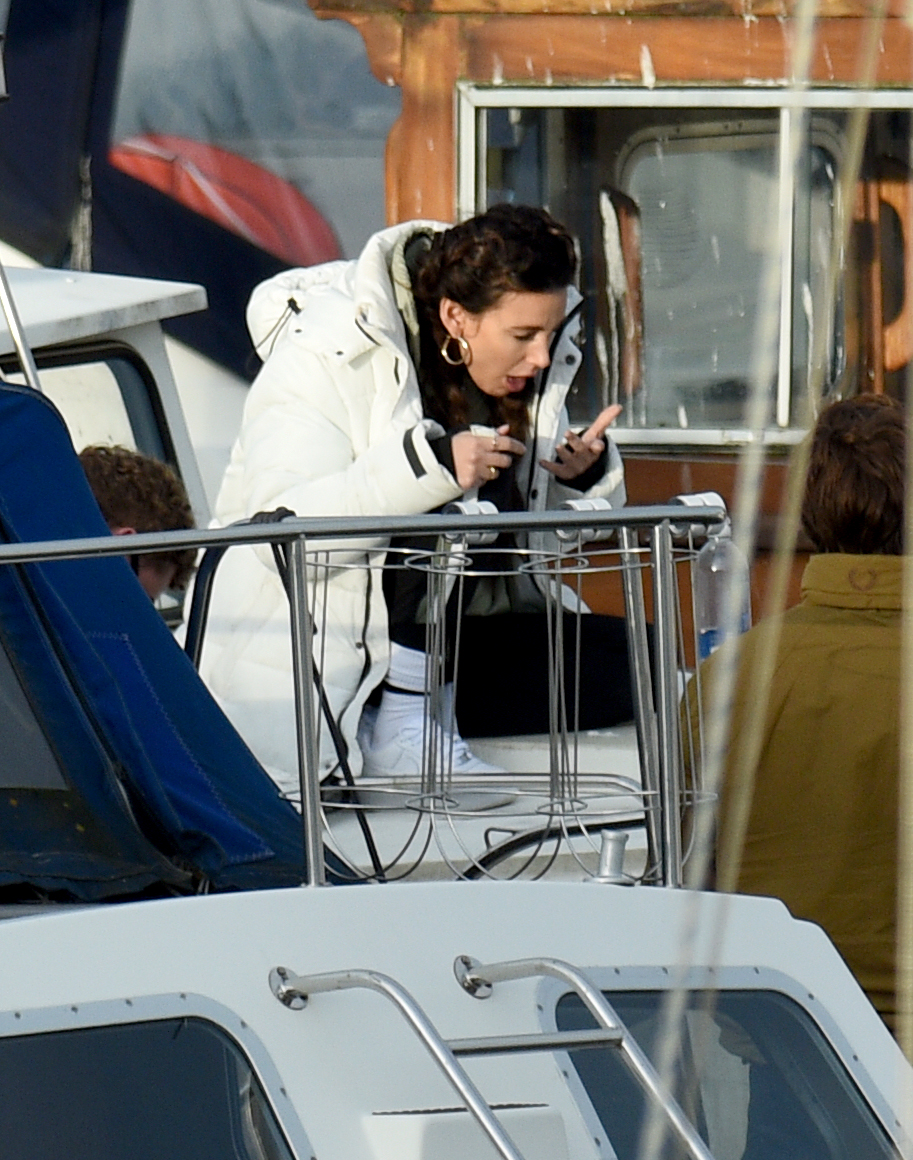 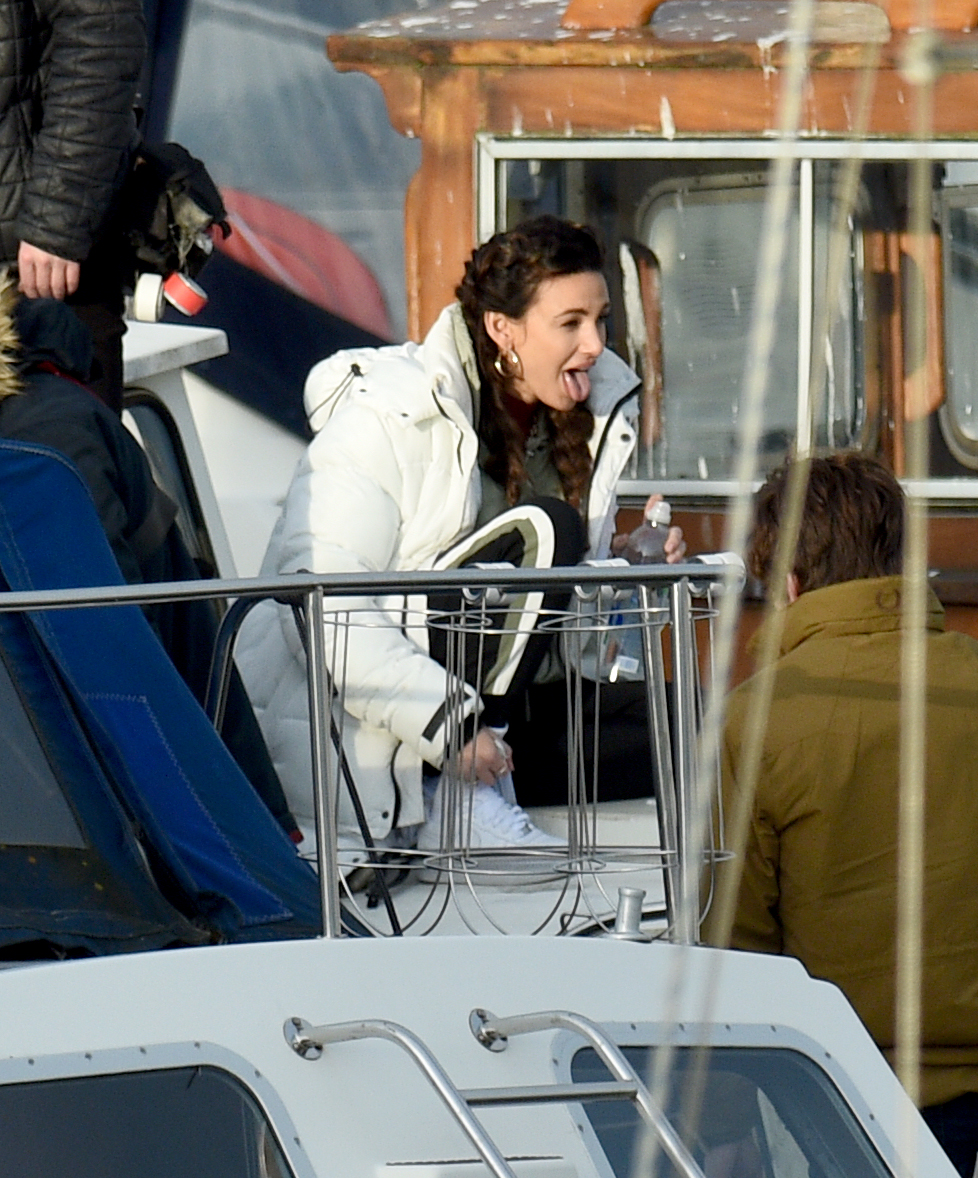 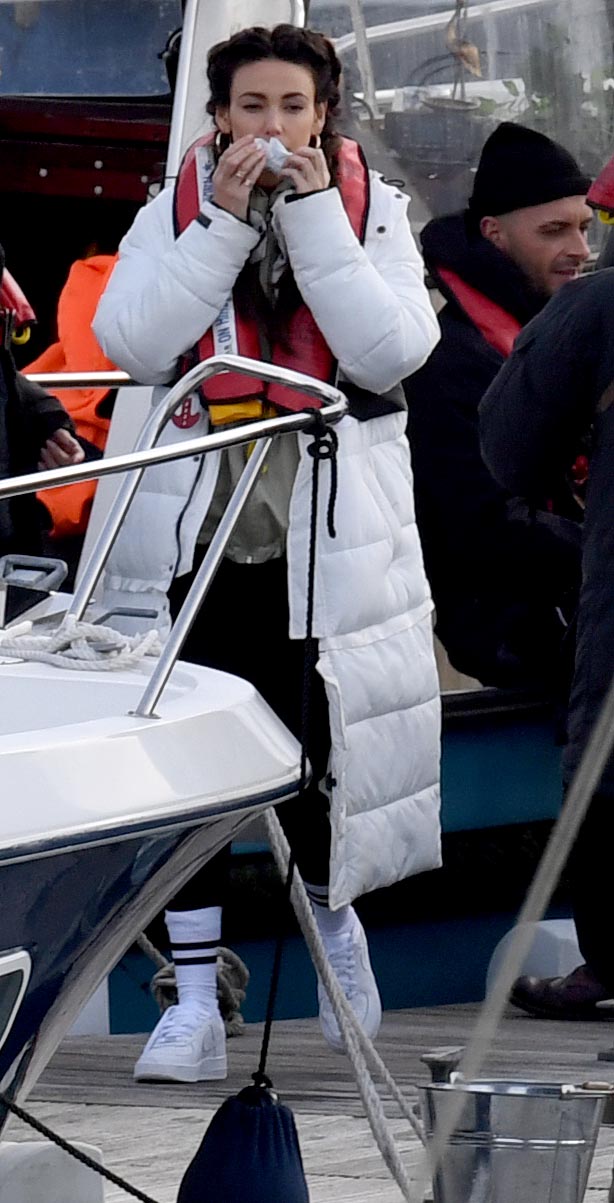 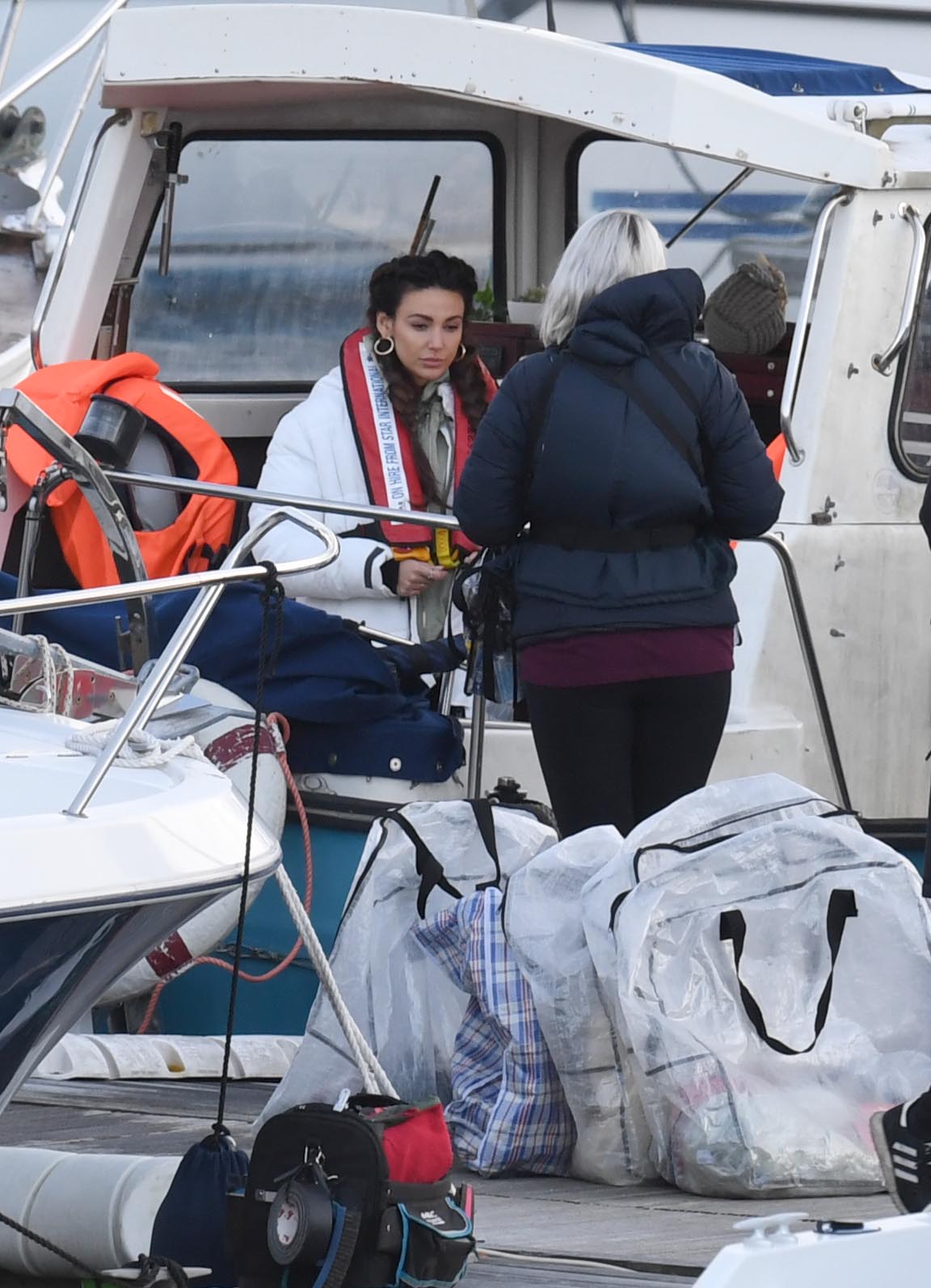 "She's ambitious and that's how I wanted her to be portrayed, in a positive way."

In September Michelle was tested for coronavirus after a production team member on the set of Brassic showed symptoms of the virus.

Filming on the show's third series – in which Michelle plays cash-strapped mum Erin – was halted and delayed whilst checks were carried out. 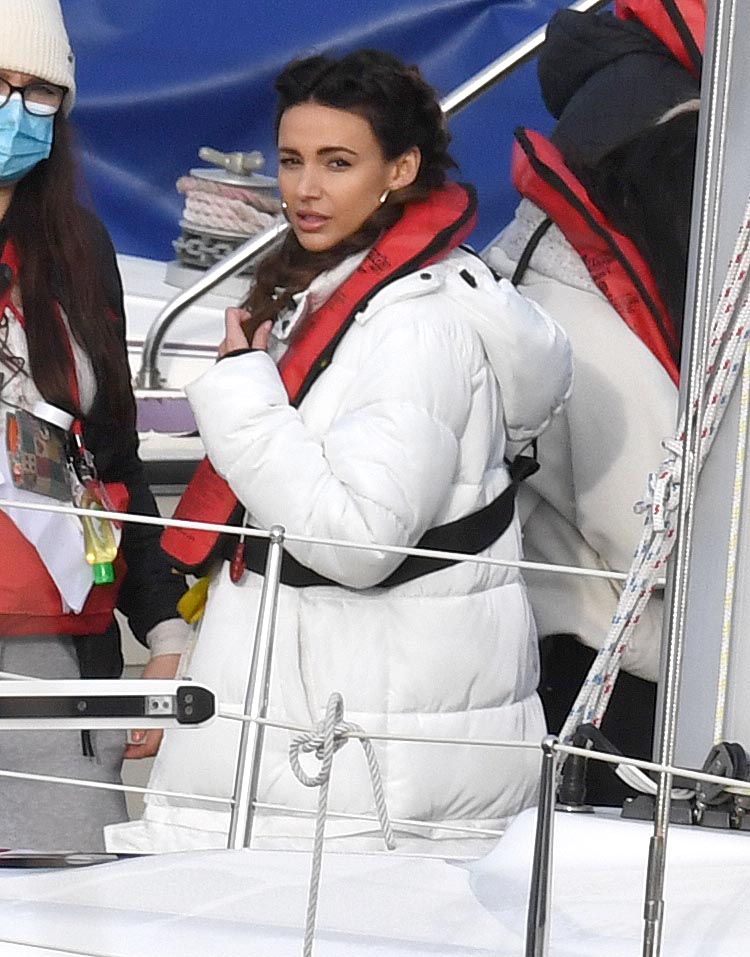 An insider said at the time: "The safety of the cast and crew is of the utmost importance so until bosses know it's totally safe filming won't be going ahead.

"It could be a fortnight before it starts again.

"Michelle was due to start filming this week but nothing is happening until they're sure it's safe."