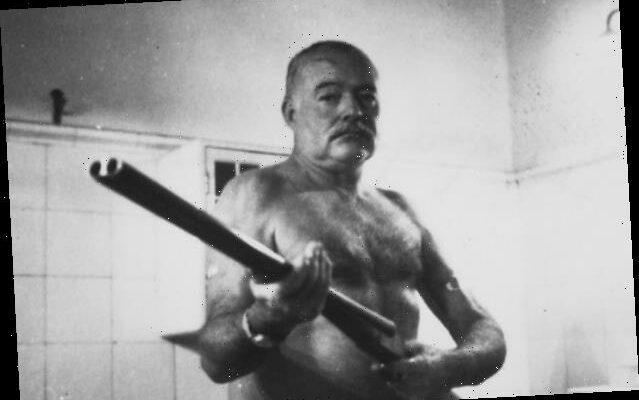 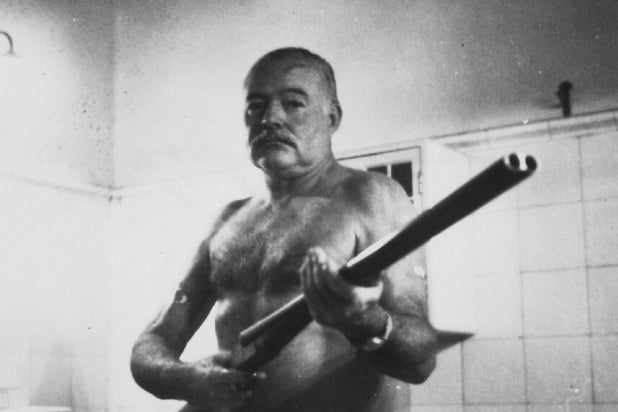 In the beginning of the end for Ernest Hemingway, as a 1954 trip to Africa is called in the new PBS documentary “Hemingway,” the great American novelist breaks his skull for the second time in his life during a plane crash in the outback.

Trapped as flames spread to the cabin, Hemingway is forced to use his head as a battering ram to create an opening in the twisted metal of the plane’s wreckage.

It’s the last of at least five major concussive head injuries that Hemingway sustained throughout his adult life and punctuates a growing problem. This time, his symptoms include slurred speech, double-vision and recurring deafness.

The Ken Burns documentary on Hemingway features two recurring themes that foreshadow what’s to come  — his fascination with shotguns and his many concussions. Hemingway was long assumed to have suffered from a mental illness such as biploar depression, exacerbated by his progressive alcoholism and other substance abuse. But he died more than 40 years before the discovery of the degenerative brain disease chronic traumatic encephalopathy.

CTE, as the brain disease it is commonly known — and for which repeated concussions are a hallmark — could explain Hemingway’s fate.

CTE has been linked to the suicides of former NFL players Junior Seau and Dave Duerson and former Washington State quarterback Tyler Hilinski, and further, the sociopathic behavior and suicides of Aaron Hernandez and Jovan Belcher. But outside of the 2017 biography “Hemingway’s Brain” by Dr. Andrew Farah, it has not widely taken root as a theory to explain Hemingway’s suicide.

Buried at the Ketchum Cemetery in Ketchum, Idaho, it’s impossible now to know now whether CTE played a role in Hemingway’s demise (a CTE diagnosis requires a postmortem scan of brain tissue). And while Burns and fellow “Hemingway” director Lynn Novick explore Hemingway’s concussions throughout the three-episode documentary, CTE is not broached.

“The last few weeks in Africa he just lost all restraint,” Hemingway’s son Patrick, now 92, says in the documentary. “And for someone as powerful, he — I really had enough. And we never saw each other again.”

Later that year, after the African trip, Hemingway’s diminished mental capacities are unmistakable when he is named the winner of the Nobel Prize for Literature. Back at home in Cuba, he was physically unable to travel to Sweden to accept the award, so the Swedish ambassador traveled to him. Photos for the event catch a smile that conveys a lucid stream of thought and forthright happiness. But in a rare TV interview with NBC after the award was announced, he struggles mightily. He agreed to do the interview only if the questions were provided in advance. And his answers are written on cue cards.

“The book that I am writing on at present is about Africa, its people in the park that I know them,” he says in a black-and-white video, slowly and methodically, when asked about a potential next book. “The animals – comma – and the changes in Africa since I was there, last – period.”

Hemingway’s history of concussions began in World War I as part of the experiences he would use to write the 1929 novel “A Farewell to Arms.” Hemingway, an ambulance driver on the Italian front, had grown adventurous and began running minor supplies to the front lines. During one of his supply sorties, a trench mortar exploded 3 feet away.

In Paris in 1928, Hemingway mistook a hanging skylight string for a toilet cord after a night of drinking with friends. The skylight crashed onto his head. He would wear a famous forehead scar for the rest of his life.

There was a fall from a fishing boat near Cuba, and a serious car accident in London during World War II that required 57 stitches. Hemingway’s head smashed through the windshield and “his skull was split wide open,” according to the PBS documentary.

He was discharged from the hospital after four days, but the injury had been much worse than what was feared — a subdural hematoma, or bleeding between the brain and the skull. Blurred vision, ringing in his ears and chronic headaches resulted and persisted for nearly a year, and Hemingway began having trouble recalling words and writing legibly.

In another World War II incident, a German artillery round knocked him off a motorcycle. He flew into a ditch and his head struck a rock. A car accident years later in Cuba left him with another concussion.

Hemingway was also a boxer as a young man and played football into high school, when football helmets offered little to no protection.

“The symptoms of post-concussion syndrome were clearly described by Hemingway in various letters after different injuries, particularly after the fall on his fishing boat, and after the World War II concussions, and certainly after the plane crashes,” the author Farah said in a 2017 interview.

Erratic and violent behavior increasingly became the norm for Hemingway. That included falling in love with an 18-year-old and conveying to friends and associates he had reached a peak creatively.

“Hemingway had convinced himself he was writing better than ever. He was not,” narrator Peter Coyote says in the documentary.

He also would discuss suicide and even act it out in front of friends. In Cuba, the documentary says, with friends over for dinner, he would put his shotgun on the floor, put his finger on the trigger and put the barrel in the roof of his mouth.

“And everyone would listen to it go click, and he would lift his mouth off the barrel grinning,” the narrator says.

Hemingway was eventually admitted to the Mayo Clinic, and after thoughts of suicide reclaimed their grip he was later readmitted. Hemingway, 61, was then again discharged despite his wife’s misgivings.

The next week at home, he shot himself in the forehead with a double-barrel shotgun.

“I was pained and grieved,” says the late longtime U.S. senator, John McCain, who revered Hemingway. “But you know, I think there are times when – I don’t agree with it, but it’s understandable – why he decided to end his life when his talent had left him.

“We sometimes talk about people and we idolize them and we give them every virtue and no vice — he had lots of vices,” McCain says. “He had tons of vices. He was a human being. And that, my friend, erases a whole lot of other, what may be, failings in life.”

Watch “Hemingway” online or stream it on the PBS app.