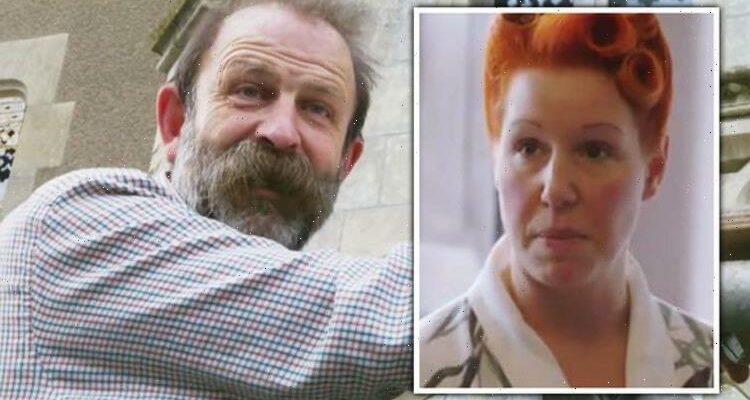 Escape to the Chateau: Angel praises Dick's work in 2016

Dick Strawbridge and Angel Adoree have plenty on their plates as they continue to renovate their 19th-century chateau after taking on the project six years ago. Over the last year, the ambitious couple decided it was time to put pen A Year at the Chateau and open up on their respective Escape to the Chateau memories. However, Dick admitted their new side project caused him to get into “trouble” with his wife.

The host began: “Who decided – because you write it together, but Dick writes bit and Angel writes bit, who decided who got the bold print?”

“I, believe it or not, wrote less, so I think that’s what it came down to for publication,” Angel replied.

“It came down to the fact that when it’s the other way around, there’s a bit too much bold in it?”

Read more: How much is Escape to the Chateau worth now? 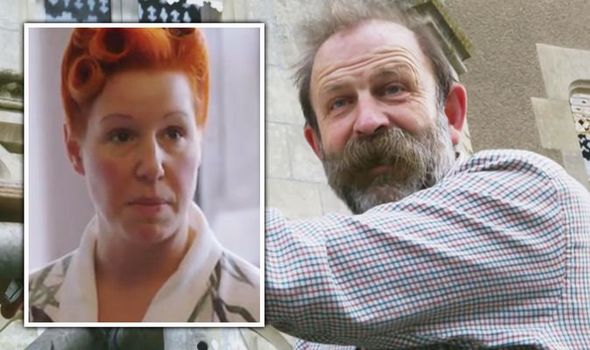 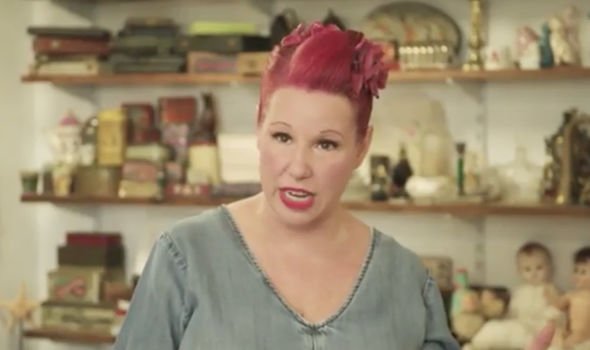 “More sustainable to use less ink!” Dick remarked and Graham added: “I have to tell you, Dick, it does make Angel’s voice sound a little more dominant.

“She’s telling the story and Dick’s got some details over here, yes fine.”

“There’s a big difference in how we work together,” Dick explained.

“You see, because of the horsepower and some of the things that aren’t quite so interesting, I got into such trouble for writing about toilets in October.” 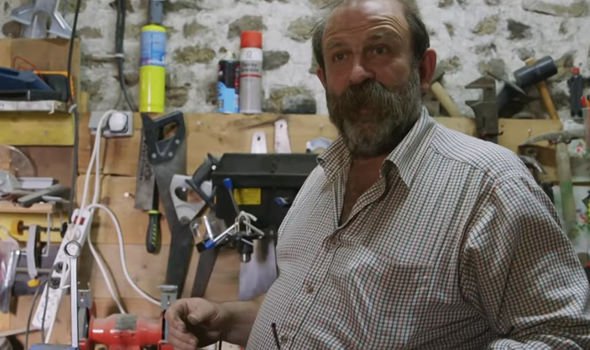 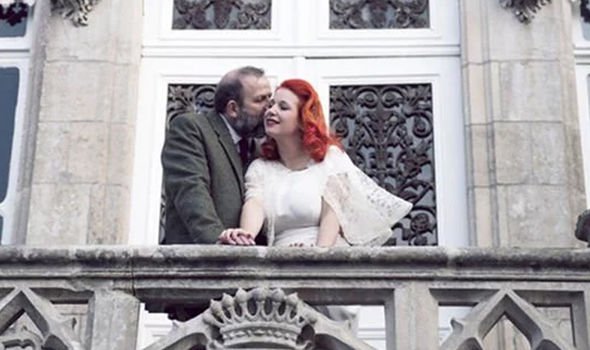 “Apparently, that’s not what people want to read about – but it was really important,” he added.

Dick and Angel admitted they had a few “heated discussions” when writing the book.

The couple realised they had been so busy renovating The Chateau over the last few years that they’d forgotten so much of what they’d been up to.

The Escape to the Chateau stars’ new book details the couple’s journey from the moment they swapped their two-bedroom East London flat for a derelict castle in the Pays de la Loire region of northwest France.

A Year at the Chateau sees the couple open up on the huge renovation project and includes projects that haven’t been shown on TV.

After moving to The Chateau in 2015, Dick and Angel welcomed 200 guests to their wedding eight months later.

However, on the morning of the wedding, Angel admitted she had “nearly killed” Dick on several occasions during the renovation.

“What Dick’s achieved this year has been phenomenal,” Angel said. “The infrastructure, the plumbing, the electrics, the sewage.

“That is a 20 man job for nine months, he has just been so incredible.”

“We’re really knackered everyone’s knackered around us as well.”

Escape to the Chateau is available to watch on All4.