First launching in 2014, Mackenzie Crook’s gentle comedy series Detectorists became a massive hit, winning three BAFTAs and a Rose d’Or Award. Following the lives of a group of amateur metal detectors hoping to strike gold in the fictional northern Essex town of Danebury, the BBC show spawned three series and a special in 2017. Detectorists will be making a return to screens with another special this year – but what about another full series?

Lawda said: “I think they said they’d stop at season two. Then we got a series three. Then it felt like it was over and now we get a special, so, I’m hoping there could be a series four.

“As any Community fan out there will know, it should be six seasons and a movie. A Detectorists movie would win every award at the BAFTAs. It should be done.”

Reflecting on why the show was so popular, the actor said: “Aside from the splendid writing and scenery of the British countryside, I think it captures our ‘quirks and foibles’ very pleasantly.”

He added: “The show has great comic pairings and is very calming.”

Creator Crook confirmed in May a 75-minute Detectorists special would be airing in 2022, saying: “It was 2017 when we were last in Danebury and I miss my old friends in the DMDC. 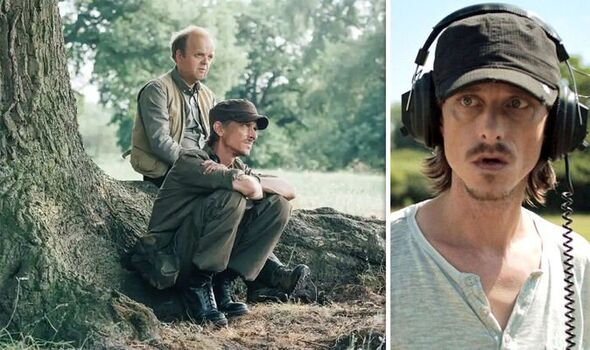 “I’ve had a story percolating for a while and I thought it was worth getting Lance, Andy and the rest of the band back together for.

“The affection expressed for Detectorists over the years has been incredible and I hope fans of the show will enjoy this new, extended episode.”

At the moment, details about the forthcoming special remain scant with Ladwa saying: “I unfortunately know absolutely nothing about the upcoming special.

“I don’t even know if I’ll be in it. I really hope so. It would be great to see everyone again.”

Along with Detectorists, Ladwa has previously appeared in the Oscar-winning Lion; The Personal History of David Copperfield which reunited him with Lion co-star Dev Patel; ITV’s crime series Wild Bill; and Marvel movie Ant-Man and the Wasp.

On pursuing an acting career, Ladwa said: “I think this feeling to be an actor has been around for as long as I remember. I loved watching movies as a kid and I still do.

“I liked all genres from my Dad’s westerns to the sci-fi of the 80s like Aliens and Terminator.

“I loved the black and white films with gangsters and the Ealing Studio films like The Ladykillers. Or maybe I just wanted to be a Goonie.”

He had hoped to attend drama school but the expense put it out of reach with Ladwa instead doing part-time courses at London college City Lit.

Through City Lit he joined the improvised theatre company Fluxx and also The Precinct Theatre, where he did further classes to work on his craft.

One thing led to another and Ladwa found himself soon auditioning for professional work, eventually landing a role in Strictly Dandia by the Tamasha Theatre Company and productions at the King’s theatre in Edinburgh and at the Lyric in London.

The British actor is now busy with a whole host of other projects including the Frieda Pinto and Zawe Ashton period drama Mr Malcolm’s List as well as HBO’s comedy horror series The Baby.

He has also starred in two audio plays, Radioman opposite Game of Thrones actor Nikolaj Coster-Waldau and season two of the Prix Europa Award-winning The System.

Meanwhile, fans of BBC Sounds thriller The System can expect more of the same as season two picks up from the aftermath of the first outing.

Ladwa said: “Other then that, I will hopefully find myself on a field with all the Detectorists actors again.”

The Detectorists special will air on the BBC later this year