Death in Paradise fans are eagerly waiting for the upcoming series of the BBC drama to drop. And while a date hasn’t been confirmed, if the series follows suit, it will air early next year. Ralf Little will be back to reprise his role as detective Neville Parker, alongside newcomer Naomi Thomas (played by Shantol Jackson)m and Marlon Pryce (Tahj Miles).

Earlier this year, leading man Ralf told his followers that he was taking a break from filming.

After a well-deserved holiday, the Neville Parker star is back on set to continue shooting for series 12.

Sharing a couple of behind-the-scenes snaps to their Twitter account, Death in Paradise bosses penned: “Just another day at the office!

“We’re back filming in paradise for series 12 and can’t wait for you to see what we’ve got in store! #DeathinParadise @RalfLittle.” 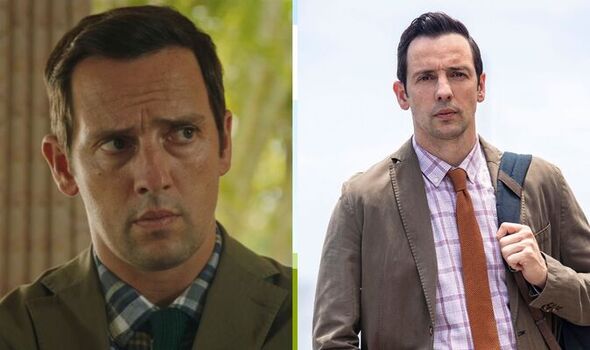 In one snap, Ralf was pictured sitting on the beach dressed in his iconic Chino trousers and blazer.

The other picture showed the cameramen and crew working behind the scenes.

The update sent fans into a frenzy and many were quick to share their excitement.

Toni Angel replied: “I can’t wait to see you all. I’ve so missed my weekly Death in Paradise fix! It’s been like losing an arm don’t know what to do!

“Had to watch reruns every day! Please hurry back x.”

“So excited can’t wait for the new series,” Hayley beamed.

While Val Stone added: “Anticipating, will be soooo glad. Love the whole cast, keep up the good work.”

Series 11 of Death in Paradise concluded with the Commissioner (played by Don Warrington) discovering he had a secret daughter with Maggie Harper (Orla Brady).

Selwyn got a blast from the past when Neville and the team were investigating the suspicious death of a chess player.

The commissioner later confided in bar owner Catherine, (Élizabeth Bourgine) admitting to her that he had a daughter.

However, fans have come up with their own theories and thoughts about what could happen in series 12 – and they believe romance could be on the cards for Neville.

Many have come to the conclusion that the Commissioner’s daughter will make a surprise appearance in Saint Marie, in order to get to know her father better.

They went on to claim that in doing so, she could strike up an unlikely romance with detective Parker.

One user on Reddit penned: “I’m getting strong vibes Neville is going to hook up with Selwyn’s daughter when she comes to Saint Marie to meet him…”

Death in Paradise is available to watch on BBC iPlayer and Britbox.