Florence Cassell star Josephine Jobert has addressed a question from a French fan of Death in Paradise about “complicated” co-star Harry the lizard. The cold-blooded creature has become a firm favourite with fans of the BBC drama and Josephine addressed an important question one curious viewer had on her Instagram page.

Harry has appeared in Death in Paradise since the very first episode titled Arriving in Paradise.

The lizard has made friends with each lead detective but one curious fan was eager to find out whether the creature was real.

The actress posted a message she received from a French fan on her Instagram story.

Josephine answered the question in French before translating both the query and her answer into English. 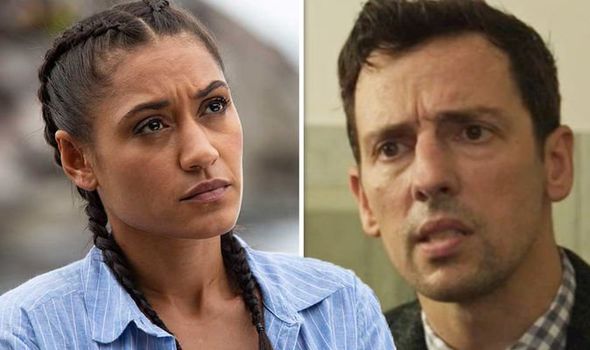 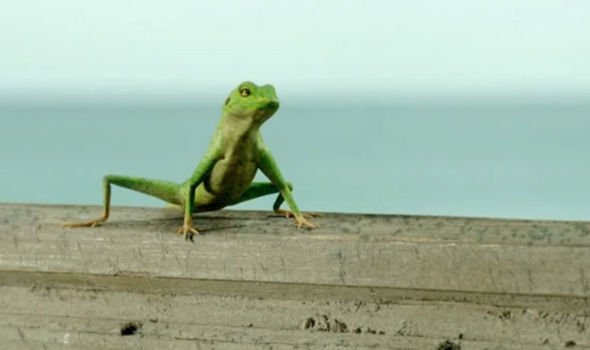 The fan asked: “Little question: Is Harry the lizard real or is it a special effect?”

“Hehe obviously he is a fake,” the Florence star answered.

“It would be too complicated to tame a real lizard,” she continued.

“So we used a mirror ball during the scenes and then replace it with Harry in post-production.” 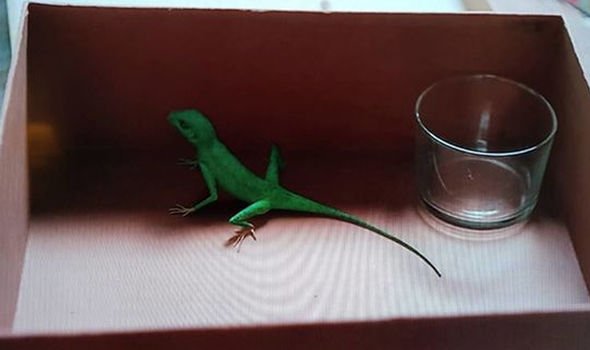 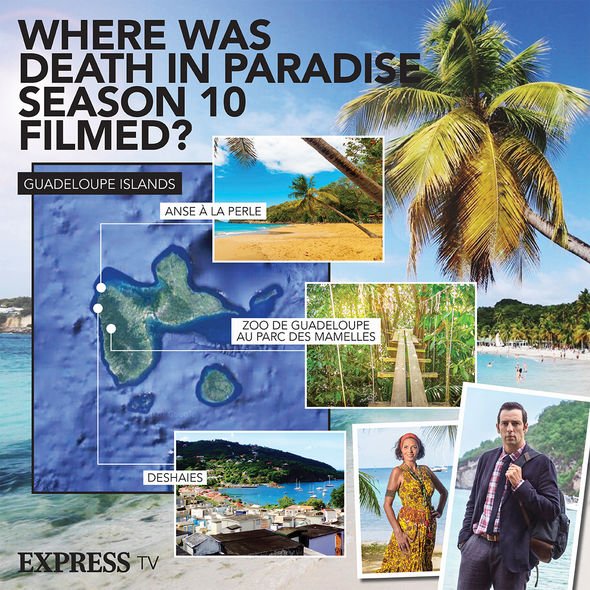 The show’s mascot was first discovered in season one when DI Richard Poole (Ben Miller) found the creature in his shack.

Richard tried to give the animal some cat food before getting a book and learning how to take care of the lizard properly.

The detective named him after Prince Harry but DI Jack Mooney (Ardal O’Hanlon) later noted the lizard didn’t look like a Harry.

Harry was welcomed by all of the detectives until season nine when DI Neville Parker (Ralf Little) decided he wanted to set him free into the wild.

At the last minute, he changed his mind but the hapless detective tripped and the lizard disappeared.

Luckily, Neville, with the rest of the Saint Marie force, tracked Harry down but the lizard had made a new friend on his travels.

The detective brought Harry and his new companion back with him to the shack.

Meanwhile, Neville star Ralf delighted fans when he shared a video of his own version of Harry.

Taking to Instagram, Ralf said: “I was just sitting about to turn the TV on and I saw over here this little guy!”

Ralf moved the camera to show a lizard in his hotel room and added: “Hello mate, it’s alright.

“And what I love is, I’ve got my very own Harry! Gotta call you Harry, haven’t I, mate? I’ll keep you updated, if he keeps turning up, might live here with me.”

Death in Paradise is available to watch on BBC iPlayer.