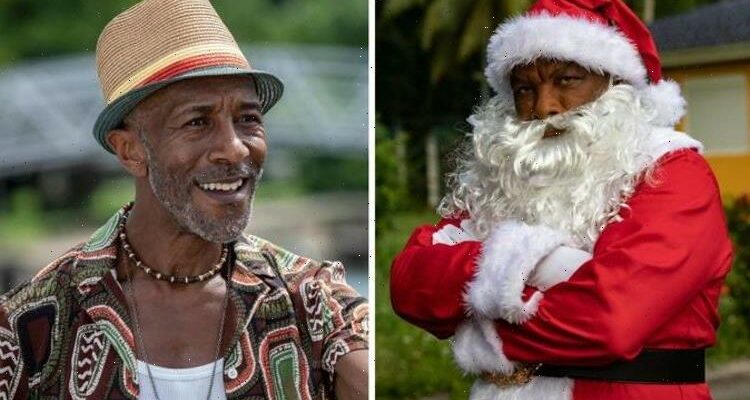 Death in Paradise is returning for a Christmas episode, the first in the show’s 10-year history. Looking at the cast, the BBC One comedy-drama is going to be one of the TV highlights over the Christmas period. Express.co.uk has everything you need to know about the guest stars of the festive special.

Who will guest star in the Death in Paradise Christmas special?

Officer Dwayne Myers left the sandy shores of Saint Marie at the end of season eight but he is returning for the Christmas episode.

When DS Florence Cassell (played by Josephine Jobert) flies off for the holidays, Commissioner Selwyn Patterson (Don Warrington) recruits the help of Dwayne to fill in for her temporarily.

Actor Danny John-Jules was one of the original stars of Death in Paradise but apart from the BBC series, he is also known as Cat in the comedy series Red Dwarf.

Talking about his return, actor John-Jules said: “It’s always a pleasure going back to the Caribbean.

“And after four years away, fitting back into the fold should be seamless as I know all the new leading cast members already.

“I look forward to bringing Dwayne and this tenth-anniversary special script to life.”

The Christmas investigation will revolve around the suspicious death of a billionaire shipping mogul.

But when Colin Babock, a taxi driver from London, arrives with a Christmas card containing a mystery message, more questions than answers start to emerge.

Colin is played by actor Mathew Baynton, who is one of the creators of the BBC comedy series Ghosts.

As well as a member of the Horrible Histories team, Baynton has been in Vanity Fair, Me and the Apocalypse and The Split just to name a few.

Portraying the victim of the episode, the wealthy businessman Phillip Carlton, is actor Anthony Calf.

For 10 years, the actor was also DAC Robert Strickland in the BBC One drama New Tricks.

Natasha is Phillip’s ex-wife who kept his surname as she remains madly in love with him.

Some of the other projects she has worked on over the years include Atlantis, The Village, and The Legends of Treasure Island.

Marigold is the daughter of Phillip and Natasha Carlton who wasn’t always the biggest fan of her dad’s new partner Bliss Monroe (Elizabeth Tan).

She has had small roles in Wonder Woman 1984, Breeders and The Trial of Christine Keeler on BBC One.

The Death in Paradise Christmas special will air on Boxing Day at 7.30pm on BBC One.