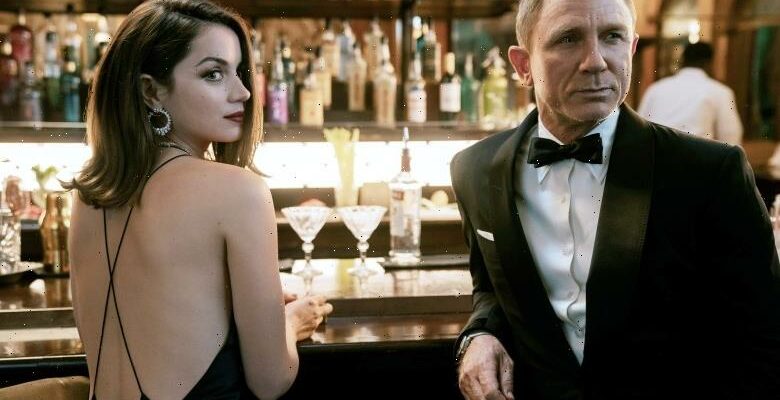 Danny Boyle has “No Time” for franchises following his exit from the 25th James Bond film that eventually became “No Time to Die.”

The director signed on for the project in 201 8 alongside longtime screenwriting partner John Hodge.

“I remember thinking, ‘Should I really get involved in franchises?’ Because they don’t really want something different,” Boyle told Esquire UK. “They want you to freshen it up a bit, but not really challenge it, and we wanted to do something different with it.”

Boyle later stepped away from the film, with rumors that producer Barbara Broccoli’s Eon Productions did not approve of Boyle’s alleged conclusion to kill off Bond, played by Daniel Craig. However, after Cary Fukunaga helmed the 2021 feature, Bond met the same demise.

Now, Boyle is detailing what his original plot entailed.

“Weirdly — it would have been very topical now — it was all set in Russia, which is of course where Bond came from, out of the Cold War,” the “Pistols” director explained. “It was set in present-day Russia and went back to his origins, and they just lost, what’s the word… they just lost confidence in it. It was a shame really.”

After watching “No Time to Die,” Boyle praised the use of screenwriter Hodge’s “wonderful” idea to incorporate Bond’s child. But Boyle sees no personal future in the franchise, saying, “I don’t think so,” as to whether he’d entertain helming the next iteration.

Still, Boyle pitched his casting choices for Bond, citing “I May Destroy You” breakout Paapa Essiedu or Robert Pattinson, noting “The Batman” actor “would be a great Bond.” Producers have also noted that Idris Elba, Tom Hardy, Henry Cavill, and Jacob Elordi are being considered for the role.

Bond production designer Mark Tildesley previously told Total Film that Boyle’s scrapped script was “extraordinary” and that while certain plot aspects weren’t entirely cohesive yet, Boyle should be in the mix for future Bond projects.

“Unfortunately Danny’s crazy, madcap ideas didn’t quite tie up with what [producers] Barbara [Broccoli] and Michael [De Luca] had planned,” Tildesley said. “It was definitely a good thing to do. Maybe another time though. I’m revving Barbara up to have another go with Danny. [He had] some extraordinary ideas, they just needed a little pulling together.”

Boyle, however, stands by his decision to not be involved in famed franchises, telling Metro at the time that the cursed production was the biggest turn-off to blockbusters.

“I learned my lesson that I am not cut out [for franchises], otherwise you’re digging in the same hole,” Boyle said. “I am better not quite in the mainstream franchise movies, is the honest answer. I learned quite a lot about myself with Bond, I work in partnership with writers and I am not prepared to break it up.”