On an upcoming episode of Jonathan Ross, the soap hard-man said his Love Island star daughter was angry when she told everyone they’d split and insisted they were back together. 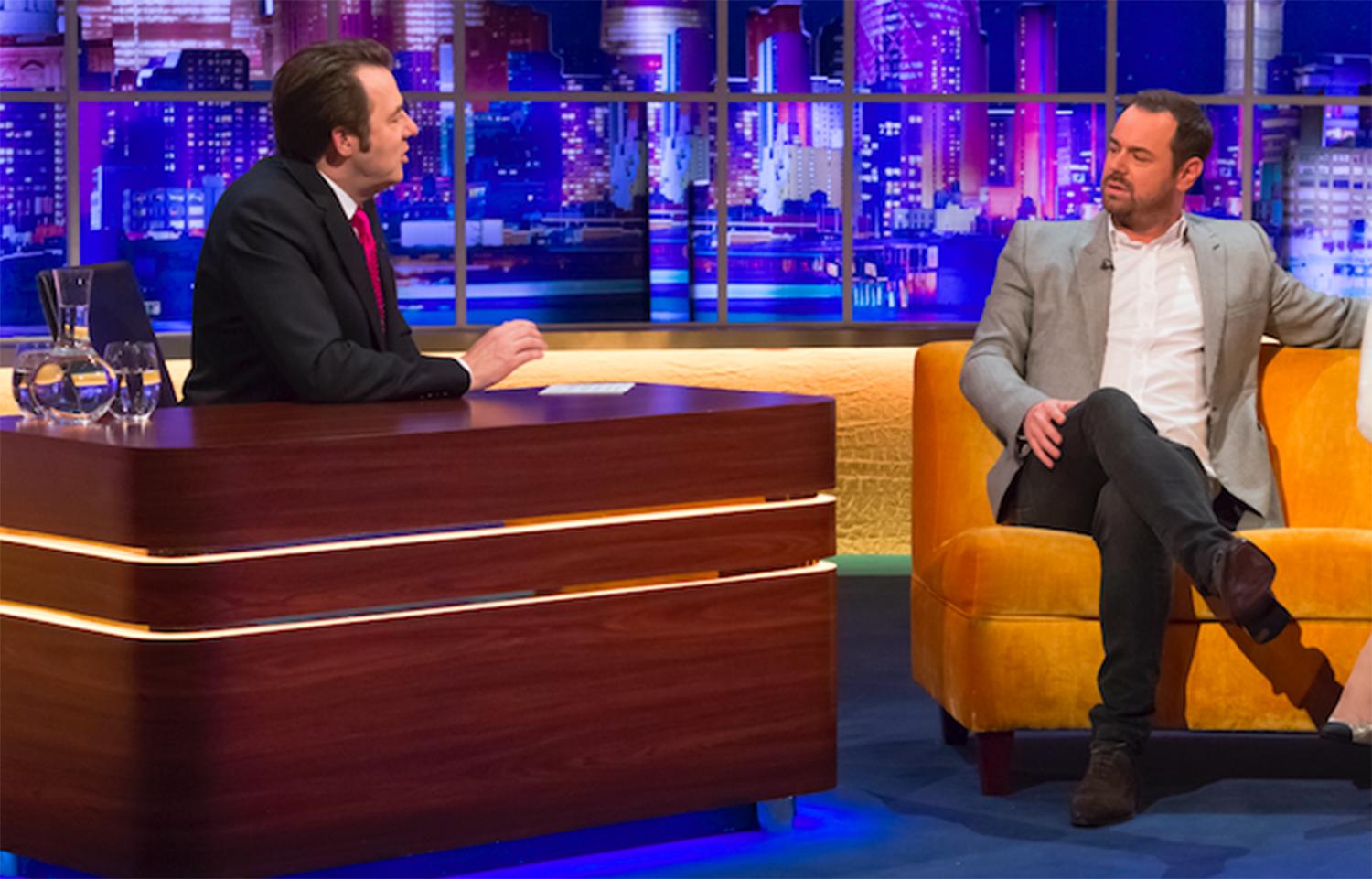 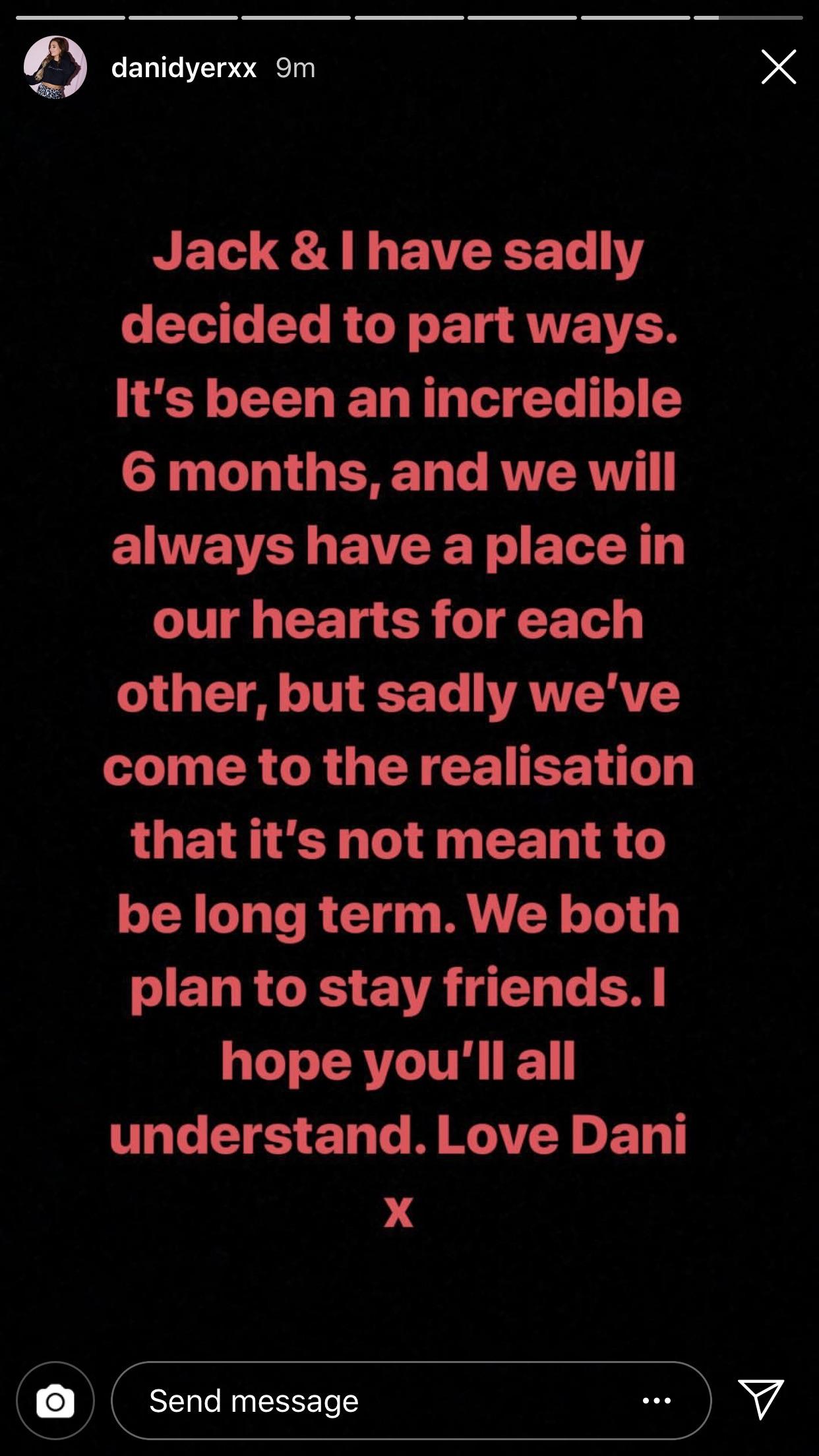 Dani and Jack’s fans were stunned when The Sun Online revealed the pair had called time on their romance on Friday.

The 22-year-old Love Island beauty told her fans she was devastated but their romance was “not meant to be long term”.

But Danny has insisted the pair are now back together during his appearance on the ITV chat show, which was filmed yesterday. 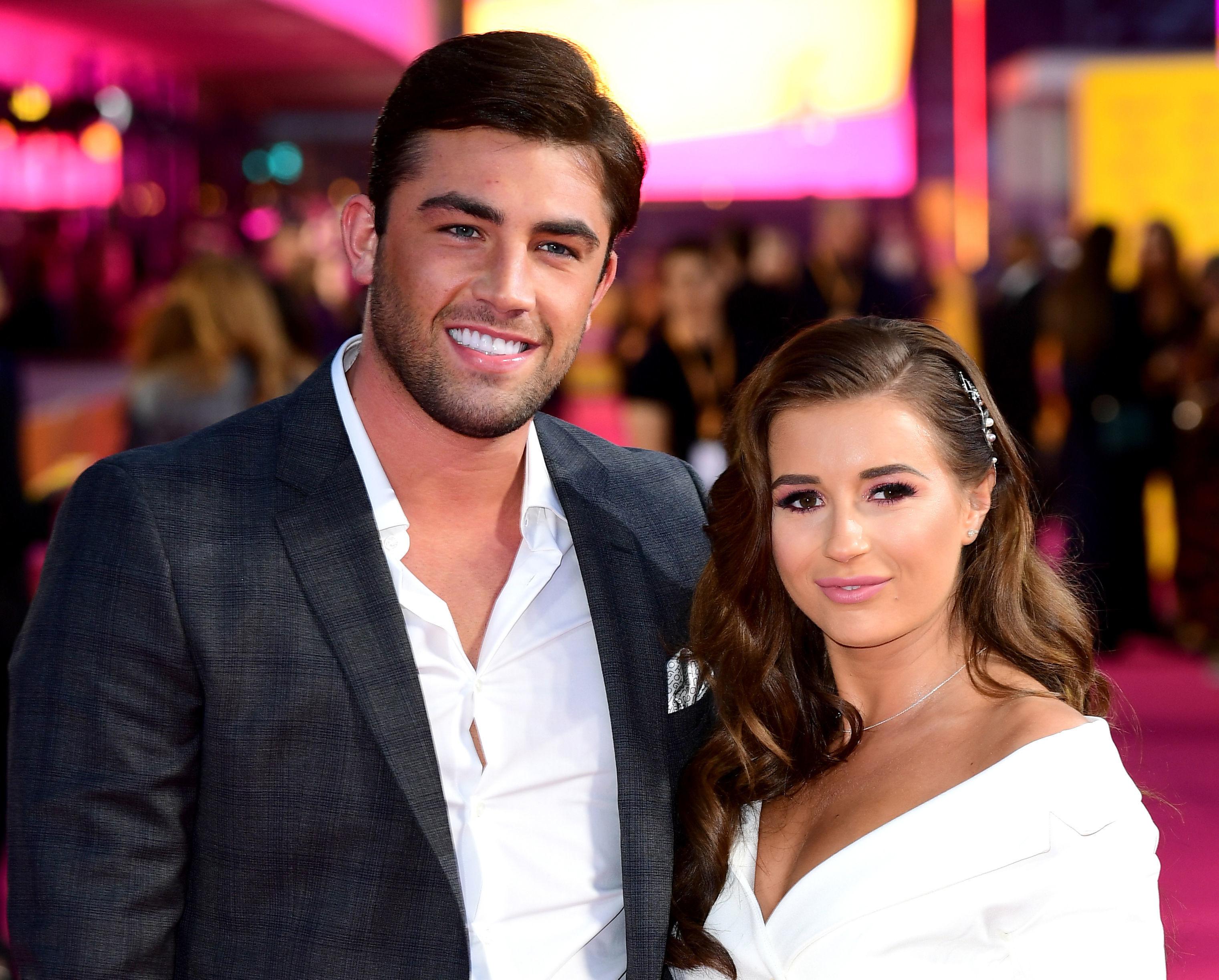 He added: “Jon, they’ve had a row. They’ve had a row, she’s got a bit emotional and I think she has whacked that [message] up and immediately regretted it. You know what women are like.

“I’m just saying she got a little bit irate, screaming and shouting, the ultimate way to punish him maybe. I don’t know what was going on but I can tell you now, they’re sweet.”

Looking slightly bemused, Jonathan asked to be clear: “So we can establish then, Jack and Dani are definitely back together?”

Danny replied: “They’re sweet as. They’ve had a little argument as we all do, we all have tear ups. 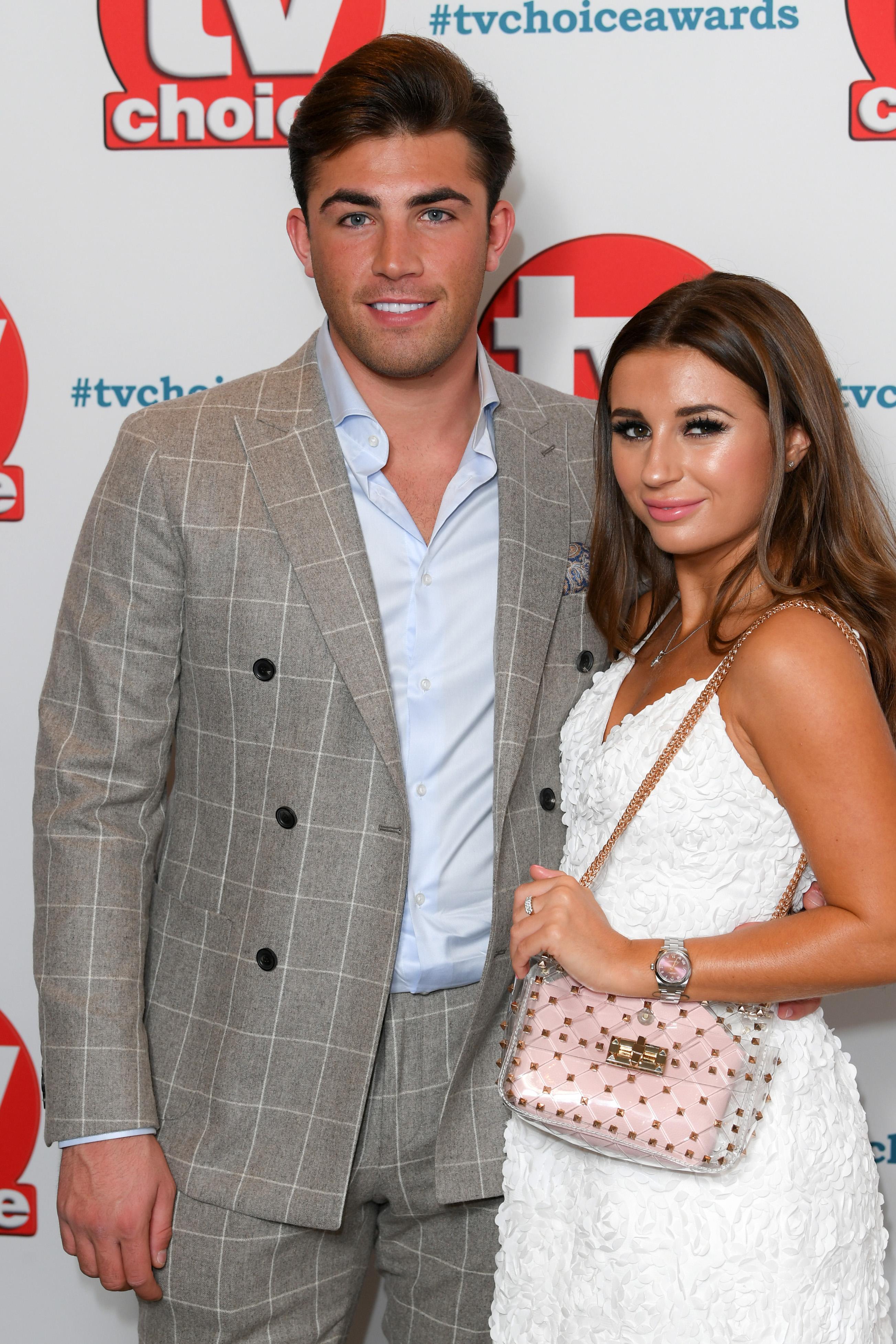 “Don’t declare nothing to the world, I’ve told her this. That was my bit of fatherly advice. It is okay, it is all sweet.”

Speaking about the pressures facing their romance since leaving Love Island, Danny added: “You’ve got to respect the fact they were on a TV show, they met on a TV show and the public voted for them…

“But actually they are real human beings now and they’ve had to parade themselves in front of cameras but now they need to start sitting back a little bit and concentrate on what is important which is their relationship.

“It’s hard enough as it is in a relationship, let alone with cameras [around you]…”

Danny's comments come just one day after Jack, 27, blasted Dani for being “publicity loving” during a chat with his pals.

When a friend suggested that Love Island couples “break up for publicity when it goes quiet,” The MailOnline reported that he replied: “I'm not like that though – that's her.”

He was also overheard saying in a joking manner: “I won that show not her.

“I was the funniest one on it! I was a laugh though, innit.”

This afternoon Jack filmed himself in a garden with Dani.

He didn't reference his comments about Dani, nor about her dad's claims they were back together.

Dani didn't seem keen on being filmed and as Jack turned the camera towards her she turned away from him.
The Sun Online has contacted Jack and Dani's representatives for comment.