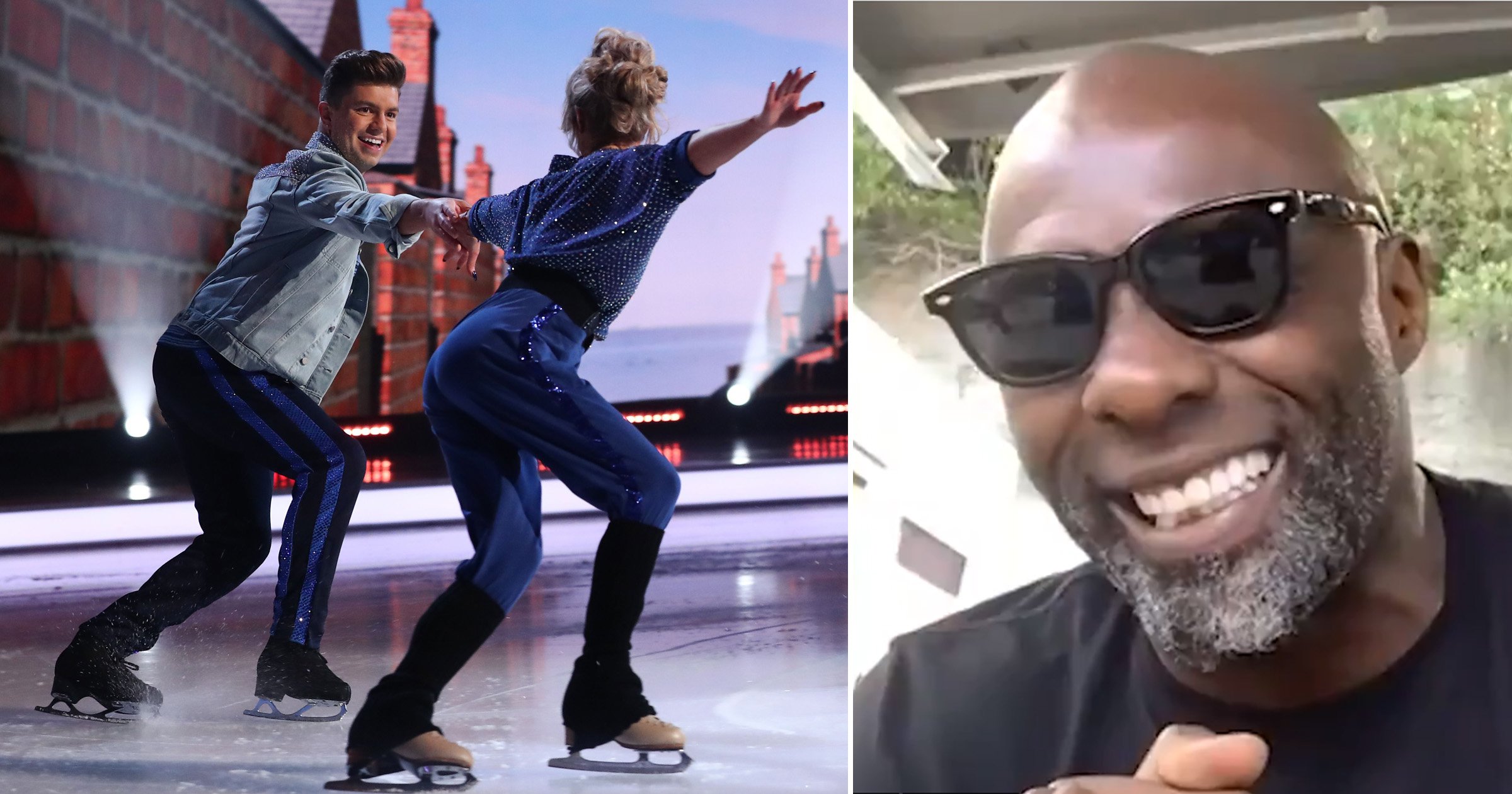 Idris Elba made a surprise appearance on tonight’s episode of Dancing On Ice and, naturally, he left viewers wanting more.

The Luther actor popped up on screen right before Sonny Jay and Angela Egan’s performance for Movie Week, which saw them skate to Town Called Malice from Billy Elliot.

Wearing a pair of shades from an exotic location, Idris said: ‘Sonny Jay! It’s Idris Elba here and I just want to wish you the best of luck on Dancing On Ice. I wish I could do it, but I can’t. You can! Kill it, bruv.’

Idris, 48, was only on-screen for a few seconds but it was enough to send viewers into a light sweat.

‘If Idris did #DOI #DancingOnIce he wouldn’t actually need to skate to be declared the winner,’ one viewer tweeted alongside all the heart-eye emoji.

‘Sonny Jay got a message from Idris Elba he was so lucky,’ another weighed in.

We need to know more about Sonny and Idris’ friendship, frankly.

Sonny and Angela earned top scores for their performance on Sunday evening, with a high of 37.5.

They’re tied with Colin Jackson and Klabera Komini, who earned the same score for their performance to You Should Be Dancing from Saturday Night Fever.

Dancing On Ice returned to screens tonight after a week-long break following a string of accidents and injuries.

Due to a number of celebrities being forced to pull out, including Jason Donovan and Billie Faiers, the finale has been brought forward from March 21 to March 14.