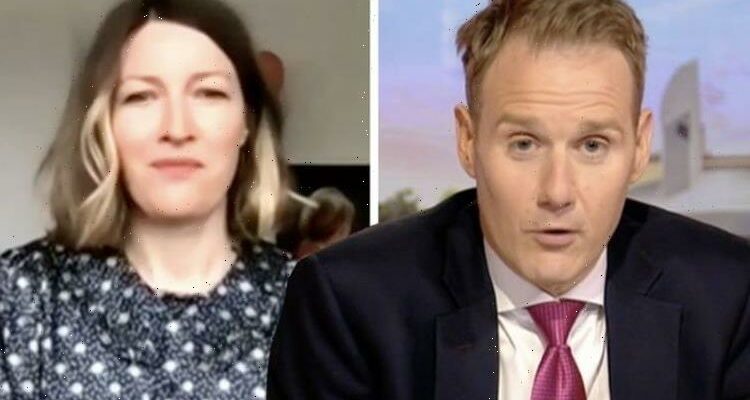 Dan Walker spoke to Kelly Macdonald on BBC Breakfast about the penultimate episode of Line of Duty. The presenter was keen to find out some crucial answers ahead of the grand finale but the actress was not giving anything away and Dan said his interrogation was “pointless”.

Dan began: “First of all, what is it like to be involved in this television juggernaut where there are 13 million people watching every Sunday night and they are so immersed in this programme.”

“I’m used to doing things where family members are the only ones watching anything [I do]. It’s been amazing and it’s just a great team, they’re a real family unit and they welcomed me on board.”

A phone notification was heard and Dan asked: “Is that someone recording – is that the noise for the tape in the interrogation room? 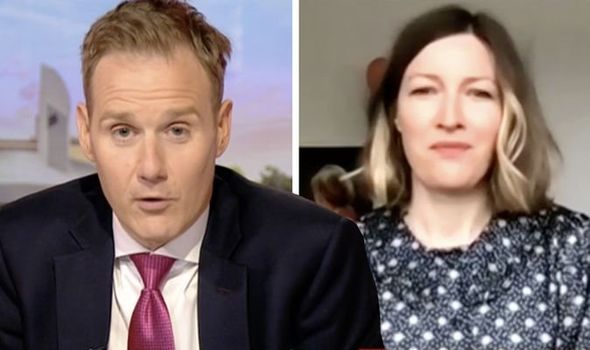 “I know you know what’s going on, there’s #LineOfDutyDay starts trending on a Sunday morning and then it’s the top ten trends on social media are all about the programme on a Sunday night,” he added.

The actress said: “I’m in this weird world where I’m not watching it and I’m not going online, so I don’t really know. I’m not aware.

“I watched the first episode and went online and it took me a week to not be mental anymore and it was just too much for me.”

“I can totally understand that, there are so many people having a conversation on a Sunday night, then on a Monday,” the presenter continued.

“That interview scene, it was 29 minutes and 22 seconds, I imagine being involved in that, obviously it takes an eternity to film it, are you aware it’s such a crucial part of that episode and so lengthy as well – virtually half the episode is you being sat down and interrogated by these three!” 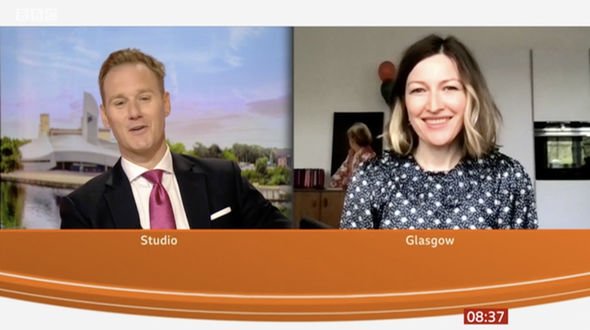 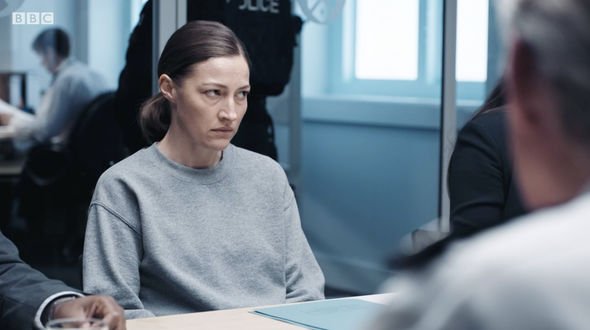 “I think filming the scene took longer than that,” Kelly commented. “You’re aware the glass box scenes are really pivotal and it’s what people love and Adrian told me at the beginning – sorry that’s the police coming to pick me up, I don’t know if I can hear them.”

Dan remarked: “I can’t believe there is a siren in the background while we’re interviewing you!”

“I know! Adrian said ‘it’s a chance for the actors to flex their muscles a little bit’ and it was really daunting, we filmed it over two days and the first day it was all on me, we did 50 camera set ups and that’s extraordinary,” Kelly explained.

“Filming the scene took over half an hour so we could only fit so many takes into the day. It was just like unlike anything I’ve ever done.”

“When your read the scripts, did you think there was a printing error when you saw the number of ‘No comment’ you had to come out with?” Dan questioned. 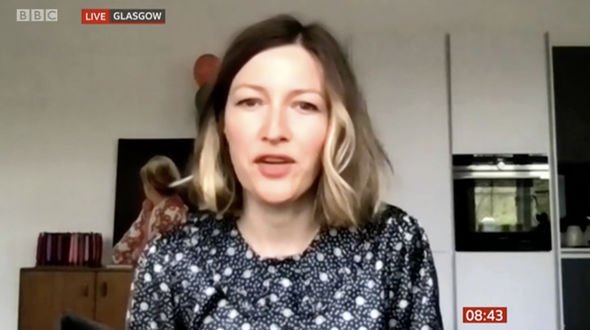 Kelly responded: “So funny, when I started the job I hadn’t received those episodes, at first I saw the ‘no comments’ and I thought ‘I can do this, this is fine, this is going to be okay’. Then, unfortunately, she does start to talk more.”

“She cracks in the end,” Dan said. “Talking about cracking, you’re filming over two days, when Adrian Dunbar when he comes up with the ‘wee donkey’ line, how do you all respond?

“Do you laugh when he comes up with that or do you try and maintain the poise?”

“We were very serious the first day, everybody was very conscious of what I had to achieve, because the scene is quite up and down emotionally,” those watching at home saw Kelly say.

“But the second day, there was a lot of laughs. Anna Maxwell Martin, as well, I find her, it’s hard to work with her almost, she’s so watchable. Everything she does, every little movement of her face.

“When Hastings comes out with these classic lines it’s quite tricky. Also, there was a couple of flubs I remember, there was something about some ‘racists slugs’ and that took a while to recover from. It was meant to be ‘racist thugs.'”

“Can I press you on some concerns that many of our viewers have?” Dan asked. “I want to see what we can get out of you this morning.”

“So, Joanne Davidson, do you know who the fourth man is?” and Kelly replied with “no comment” for every question that followed.

“Is Jo Davidson going to make it through to the series finale – are you going to survive the last episode? How long has Marcus Thurwell been dead for? Who do you think your real father is? What’s under that concrete floor? Is Marcus Thurwell actually dead?” Dan continued.

His final question was: “Is Hastings bent?” and Kelly burst out laughing before repeating: “No comment.”

“I’m giving up, this is pointless,” the presenter joked.

BBC Breakfast airs every day at 6am on BBC One and Line of Duty season six concludes on Sunday at 9pm on BBC One.