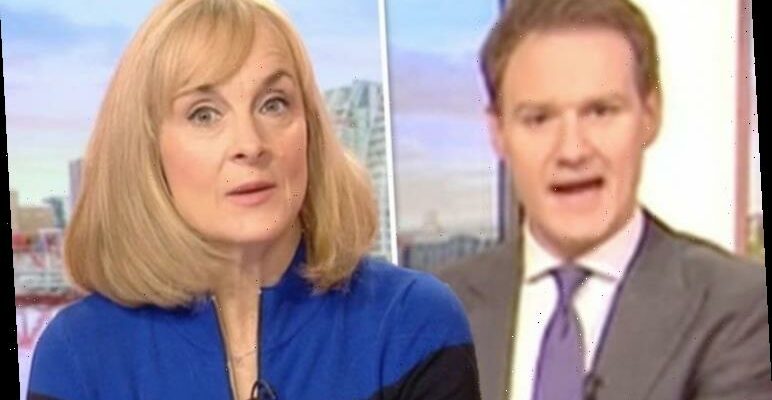 Dan Walker and Louise Minchin were joined by Sally Nugent in the BBC Breakfast studio this morning and the two anchors both feared they’d made wardrobe blunders before coming on air. However, while Dan found the situation amusing, Louise didn’t and she went onto discuss her “secret” clothes swapping arrangement with Sally.

Dan discussed how he had had to change his tie before coming on–air after dropping yoghurt on himself.

Meanwhile, Louise was fretting she had put her dress on the wrong way.

“I think you’re being a bit miserable this Monday morning you’ve got to lift your game,” Dan announced.

“I’ve just realised Sally gave me this dress so she can tell me whether I’m wearing it back to front or not,” Louise said.

“You’re not wearing it back to front, of course not, but you just gave away our secret there we clothes swap,” Sally replied. 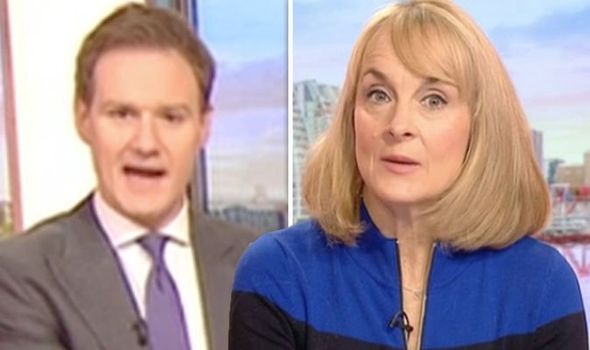