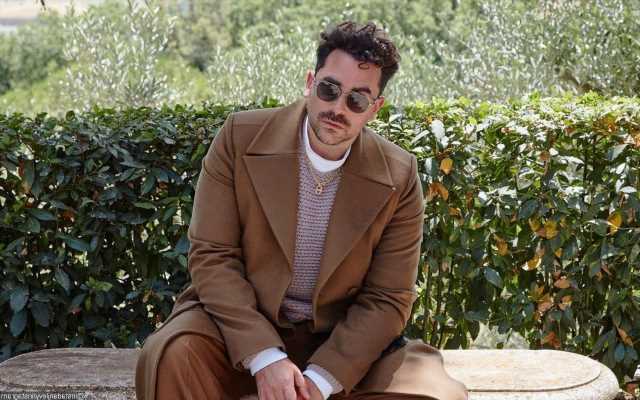 Set to also host the show that pits wannabe chefs against each other, the ‘Schitt’s Creek’ star claims that he makes it for ‘the local culinary heroes of America who deserve a spotlight.’

Levy has created and will host “The Big Brunch“, which will pit wannabe chefs against each other for the prize of a business dream.

“Everybody has a friend, a family member, or a co-worker that is extraordinary at what they do, they just need a leg up so that their talents can be appreciated on a larger scale,” Levy said. “Thanks to an almost obsessive love of food, I’ve been lucky enough to come across many of those people in the culinary world – friends working out of cafes or food trucks, revolutionizing the menus at local diners – those special humans who create communities around their cooking, hoping to take their skills to the next level.”

“I created this show for them, the local culinary heroes of America who deserve a spotlight. That, and who doesn’t want to watch maple syrup being poured slowly over a golden stack of perfectly cooked, creme brulee-inspired French toast?”

HBO Max’s head of original content Sarah Aubrey chimed in, “What we love about this special show is that it serves more than mouth-watering culinary delicacies; it’s about heart, a love of cooking and spotlighting talent whose unique skills elevate the beloved brunch menu.”

“There’s no better foodie or creative partner than Dan and the team at Boardwalk Pictures to celebrate those undiscovered voices, and, well, Brunch, the best meal to indulge in decadent sweet and savory dishes that are fueled by cocktails and caffeine.”

News of the show comes hours after Levy’s actor dad, Eugene Levy, was named as the host of a new travel series for HBO Max rival Apple TV+.