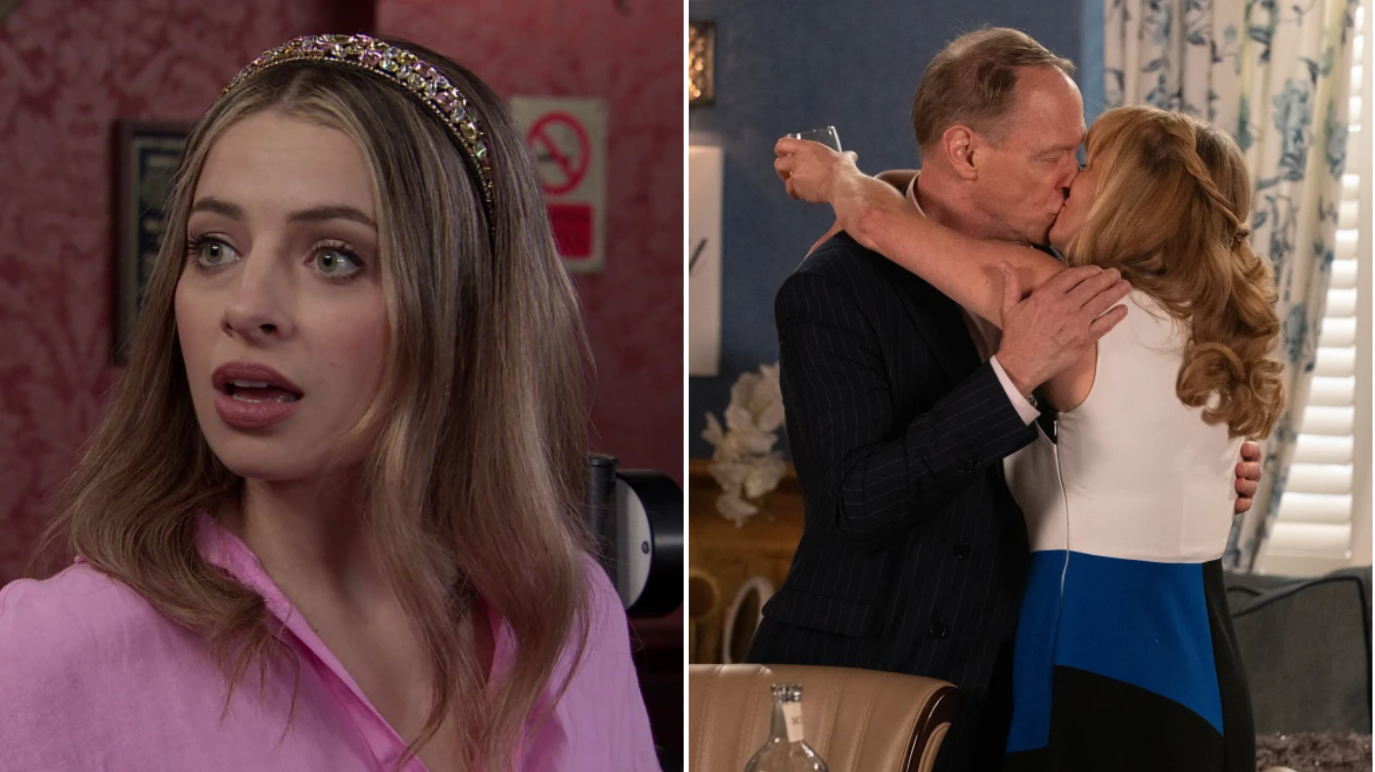 Jenny Connor’s (Sally Ann Matthews) relationship with Leo Thompkins (Joe Frost) has seemingly come to an end in Coronation Street, so she decides it’s time to move on.

One person who knows Jenny won’t move on quickly is Rita (Barbara Knox) so, along with Gemma (Dolly-Rose Campbell), they decide to confront Leo and give him a piece of their minds.

Meanwhile, in the pub, when Stephen (Todd Boyce) discovers that Jenny is the sole owner of the pub, his interest is piqued and immediately turns on the charm.

Invited into the Rovers’ back room, Stephen flirt and chats with a very drunk Jenny.

Back in the bar, Leo returns holding an engagement ring and just as Gemma takes him to surprise Jenny, neither have any idea she is kissing Stephen!

Next week, Daisy returns home after a weekend away and it isn’t long until Jenny tells her she snogged Stephen.

It’s a risky game, telling Daisy a secret, as we know from past experiences she isn’t particularly good at keeping them.

But will she stay quiet?

Or deliberately expose Jenny just for her own benefit?