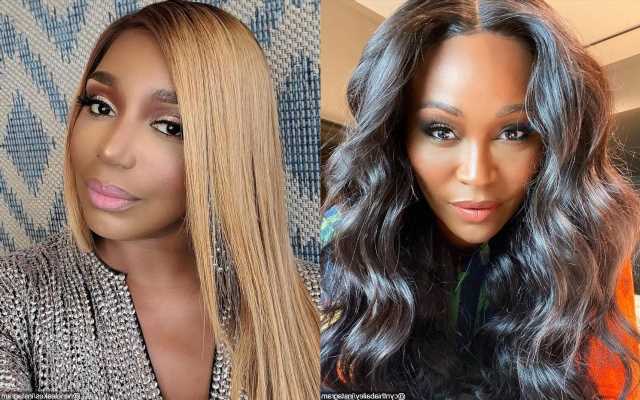 Despite their apparent fallout, the former ‘The Real Housewives of Atlanta’ star gushes over NeNe as she defends NeNe’s status as one of the OGs on the Bravo show.

AceShowbiz –Cynthia Bailey has nothing but praises to say about her former “The Real Housewives of Atlanta” co-star NeNe Leakes. Despite their apparent fallout, Cynthia gushed over NeNe as she defended NeNe’s status as one of the OGs on the Bravo show.

In a new interview with theJasmineBRAND, Cynthia was asked whether it’s possible for NeNe to make a return to “RHOA” after her firing ahead of season 13. “First and foremost, I don’t really have any real answers for you,” she stated. “All I know is what I read and see on the blogs too.”

“In terms of contract negotiations, that’s not unusual for people to still be negotiating their contract. We’ve been over here for about two months now, but I’m just saying,” she went on saying. As for the nature of their relationship today, Cynthia shared, “NeNe and I are where we are now. But for a long time, she was a very, very good friend of mine who I loved very much, who I still have love for. I want her to do what’s best for her.”

Further showing support for NeNe, Cynthia continued, “I mean, she was one of the OGs on this show. You know, when you think of ‘Real Housewives of Atlanta’, you do think of NeNe. She’s great for the show. I hope they work it out.”

While Cynthia appeared to have no ill feelings towards NeNe, it might not be the case for the latter. Prior to this, NeNe alluded in an interview that Cynthia should have been fired a long time ago. “No. I mean she shouldn’t have come back many seasons ago,” she opined. “I think she should have been gone, that’s what my opinion is. And I think she is gone. I think she’ll say she moved to L.A. or something like that.”