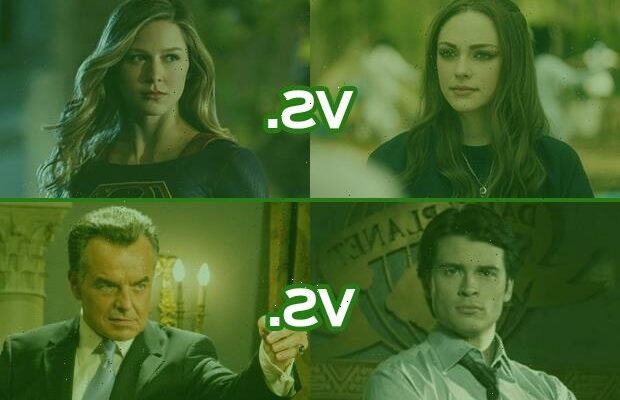 Two Kryptonians, a witch hybrid and the Devil’s minion walk into a bracket tournament….

In honor of The CW’s 15-year anniversary on Sept. 18, TVLine’s tournament to crown the network’s Best Show Ever continues with two more battles in the round of 32. Next up: Legacies goes toe-to-toe with Supergirl, while Smallville faces off against Reaper.

What does our bracket look like so far? Scroll down to see the current standings; click to enlarge. (Seedings were based on our initial vote-in poll and in turn arranged college basketball bracket-style.) 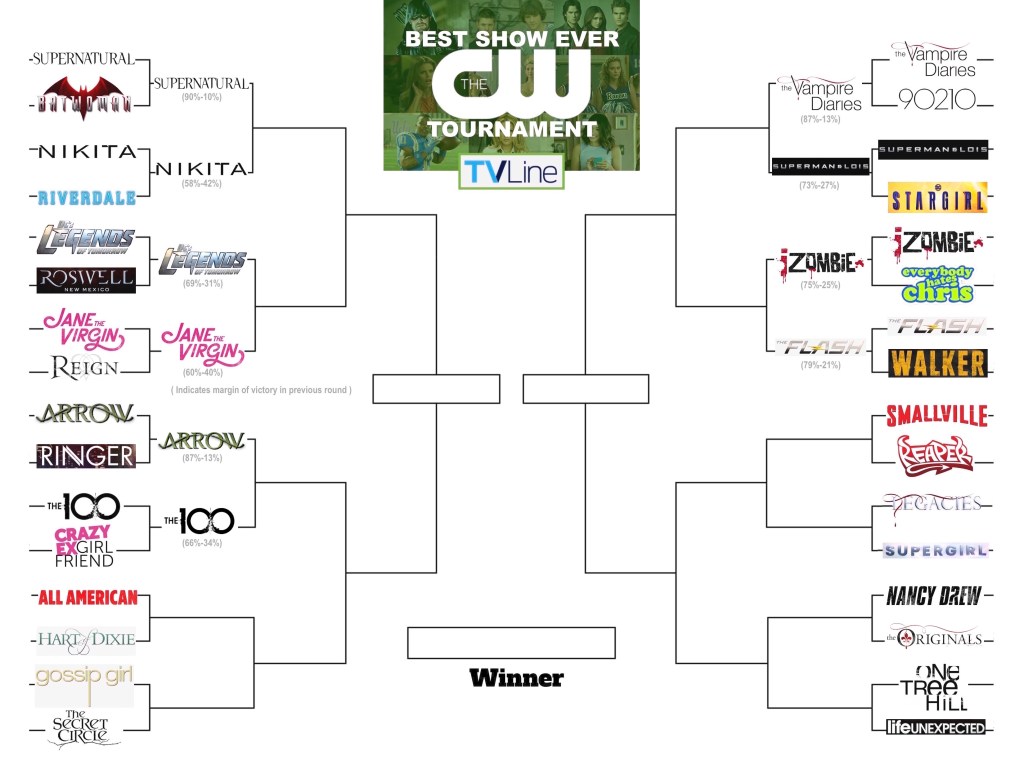 In case you need a refresher on today’s competitors: An offshoot of The Originals, Legacies (2018-present) stars Danielle Rose Russell as Hope Mikaelson, a descendant of some of the most powerful vampire, werewolf, and witch bloodlines. And with Melissa Benoist in the title role, Supergirl in 2015 aired one season on CBS before moving to The CW for the balance of what would be a six-season run that ends this fall.

Smallville (2001-11) chronicled the “No flights, no tights” journey of a young Clark Kent (Tom Welling) on his way to becoming Superman, while Reaper (2007-09) followed a college dropout (Bret Harrison) who through no fault of his own became an indentured bounty hunter for… Satan (Ray Wise).

But which shows win this round for you? Cast your votes in our polls below (results are hidden; polls close after 24 hours) to determine who advances to the Sweet 16, then hit the comments to back up your choices!

VOTE FOR LEGACIES VS. SUPERGIRL

VOTE FOR SMALLVILLE VS. REAPER