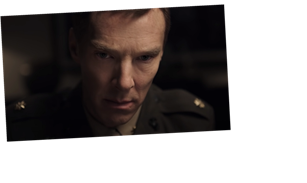 In a new interview with The Independent, Benedict Cumberbatch calls on Joe Biden to close the Guantanamo Bay detention camp. Cumberbatch got a crash course in all things Guantanamo Bay as a producer and star of “The Mauritanian,” the Kevin Macdonald-directed legal drama based on Mohamedou Ould Slahi’s 2015 memoir “Guantánamo Diary.” Slahi (played by Tahar Rahim in the film) was captured by the U.S. government and imprisoned in the detention camp for 14 years without charge or trial.

“Hoping? I’m going to plead with the guy,” Cumberbatch said when asked if he hopes Biden will close Guantanamo Bay. “It is a huge spend. It’s the most expensive prison on earth. And what are the results? Where are the prosecutions? That’s just being really brutally economic about it, it just doesn’t work.”

Cumberbatch continued, “And then you have the human rights issue. It’s an atrocious own goal, I think for the free world to be incarcerating people through extraordinary rendition, torturing them and extracting confessions they think are then usable in prosecution…it is a really dangerous, unnecessary, and ineffectual place, I think, and enough people have suffered there.”

The Biden administration announced in early February that “its goal and intention” is to close Guantanamo Bay by the end of the four-year term. The detention camp was established in 2002 by the George W. Bush administration to combat the War on Terror. Under Barack Obama,the number of inmates at Guantanamo was reduced from approximately 245 to 41. Donald Trump signed an executive order as President in January 2018 to keep the camp open indefinitely.

Cumberbatch told The Independent he understands the fear that led to Guantanamo opening, noting, “[U.S. intelligence services were] really were under a great deal of strain to try and stop a second attack. And that’s really what I understand galvanized this.” But the actor continues, “But we are, I think, far enough away now from that reaction, that understandable emotional reaction, to question its ongoing validity. And I feel quite strongly that Guantanamo doesn’t have a place in our world.”

“The Mauritanian” is nominated for five BAFTA Awards later this month, including Best Film and Outstanding British Film. Cast member Jodie Foster won the Golden Globe for Best Actress in a Supporting Role, while Rahim was nominated in the Best Actor category. The film is now available on demand.