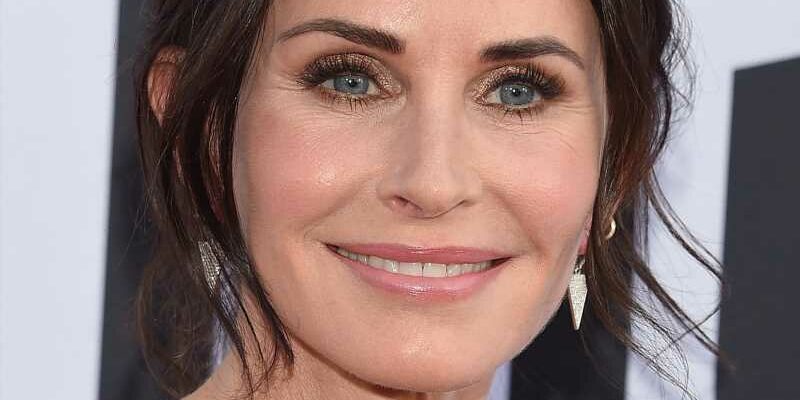 Courteney Cox has received no shortage of accolades for her work on “Friends.” It’s hard to imagine anyone else playing the lovably uptight Monica Geller, sarcastic and voice-of-reason all in one. (It’s even harder to imagine that producers originally wanted Cox to play Rachel and not Monica!)

But long before the NBC sitcom premiered in 1994, Cox was already a noteworthy star for a very different reason. The actor had a number of TV roles before “Friends,” including roles in “Family Ties” and “Misfits of Science,” but she also dabbled in commercial work. And one ad, in particular, caught people’s eye.

While it might not raise any eyebrows these days, Cox’s 1985 Tampax ad shocked viewers for a very specific reason. Keep reading to find out why Cox was the first person — ever — to do one certain thing on TV. It will only make fans love the actor even more! 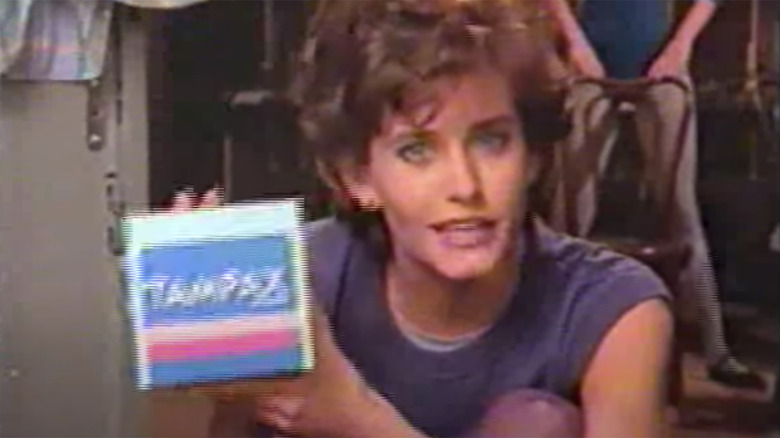 “That time of the month.” “A visit from Aunt Flo.” “Mother Nature’s gift.” There’s no shortage of euphemisms for describing periods — and for some reason, they’re all more prevalent than just referring to the process by its actual name. It may come as a surprise, but Courteney Cox was actually the first person to say the word “period” on TV, in a 1985 Tampax commercial, per IMDb.

“It can actually change the way you feel about your period,” Cox says of using Tampax products in the ad. And while 1985 seems pretty recent for the first-ever mention of periods on TV, remember that it was only 2020 when Kotex broke the mold by using red liquid, rather than blue, in a commercial for pads, per People. And, per Marie Claire, 30 of 50 U.S. states still have “tampon tax” policies in effect, despite menstrual products being essential.

Cox’s vintage Tampax commercial is incredibly tame in retrospect. But at the time, it was a huge deal to hear the word “period” on TV, in a commercial or otherwise. So you can thank Cox for making those conversations a little less awkward.