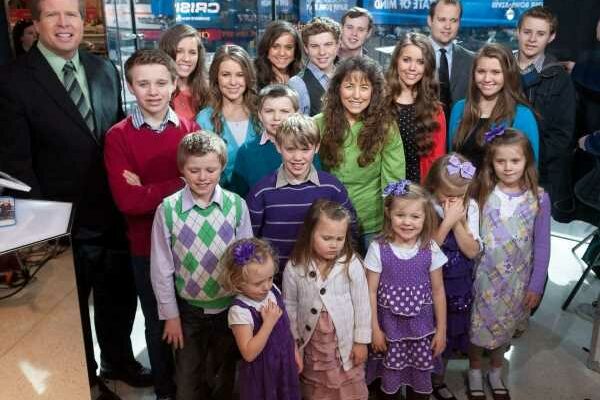 TLC announced the cancellation of the Duggar family’s reality TV show, Counting On, this week. The move brought more than two months of speculation to an end. While many Duggar family followers are rejoicing at the end of a series that they found exploitive and boring, not everyone is sure this is the end of the Duggar family on television. After all, it’s not the first time TLC has canceled their family.

Why did TLC cancel Counting On

In April 2021, Josh Duggar, Jim Bob and Michelle Duggar’s eldest son, was arrested on two child pornography charges. The arrest came after a lengthy investigation by the Department of Homeland Security. Calls for the network to cancel Counting On were nearly immediate.

TLC held off on making a final decision. First, they released a statement that distanced the network from Josh Duggar. The network claimed that Josh had not appeared on camera since 2015, which is, admittedly, true. The statement went on to say he would never be featured on TLC again. Still, the network held off on revealing the fate of the show. That decision came on June 29. In a statement to Deadline, TLC announced that no further episodes of Counting On would air on their network. The statement went on to say that they believe the Duggar family needs time to deal with their situation privately.

Family followers anticipated the cancelation of the series. Still, some Duggar family followers note that the timing of the announcement seems a bit suspicious. TLC announced the end of Counting On on June 29, just a couple of days after a rumor started circulating about the show’s return.

On June 27, Reddit users spied a post on Instagram that claimed Counting On would return at the end of 2021. The rumor was published on a Duggar confessional Instagram account. The post revealed little else about the rumored new season. While never officially confirmed, the rumor seemed plausible at the time. After all, a late 2021 start date would have fit in nicely with the show’s previous premiere schedule.

The Duggar family has been canceled before

TLC’s decision to pull the Duggar family off the air is not a surprising one. Since Josh’s arrest, family followers have debated how the network could justify employing the rest of the family. Still, not everyone is convinced that the cancelation is for good. They have good reason to feel that way, too. The Duggars have been canceled before and returned.

In May 2015, TLC announced that they would no longer carry the Duggar family’s reality TV show, 19 Kids and Counting. TLC made the decision after sponsors pulled their support following revelations that Josh had molested several of his sisters and a family friend. Duggar critics were pleased with TLC’s swift action, but it wouldn’t be long before the Duggar family returned.

Jill & Jessa: Counting On premiered in December 2015. TLC presented the show as an entirely new take on the Duggar’s journey. Instead of featuring Jim Bob and Michelle Duggar, the show initially focused on the adult children as they branched out and started their own families. Over time, it became clear that the show was simply a repackaged version of 19 Kids and Counting. Derick Dillard, who married Jill Dillard in 2014, confirmed that the series was just a rebranding of the original show.

So, could TLC attempt another rebranding? While it’s possible, it seems less likely this time around. Counting On was not performing particularly well and probably wouldn’t be worth the backlash for the network. That doesn’t mean the Duggar family couldn’t land on another network, though. Only time will tell, and it seems unlikely that the family will entertain any television moves while Josh’s trial is ongoing.