Investigative journalist Hedley Thomas can take a lot of credit for the arrest this week of Chris Dawson, the 70-year-old former rugby league star accused of murdering his first wife, Lynette, in 1982. 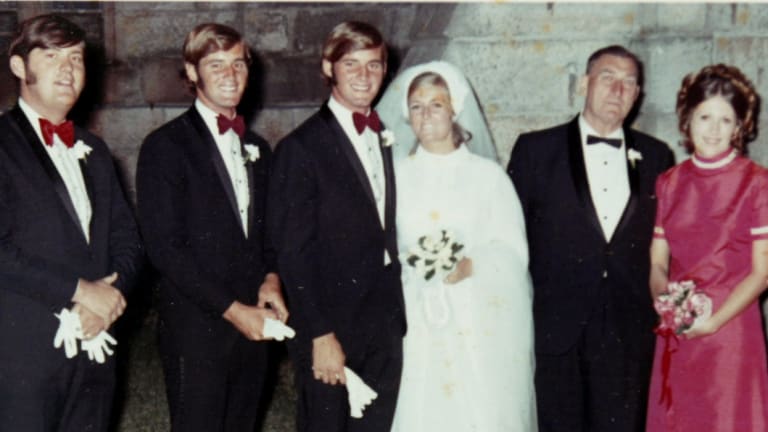 Chris and Lynette Dawson on their wedding day. His twin brother Paul is at left.Credit:Sean Davey

As a result of the DPP's most recent consideration of that evidence – including a couple of witness statements unearthed by Thomas – a "70-year-old man currently living in Queensland" was now in police custody.

It was notable that Commissioner Fuller avoided mentioning Dawson by name. This case has dragged on so long and fallen over due to shoddy police work or lack of hard evidence too many times to risk jeopardising it again.

But Thomas has shown no such reticence. Though his podcast has on occasion allowed for dissenting views – including having a retired judge and QC mount a dummy run in defence of Chris Dawson, in which several cornerstones of the case against him were revealed as being far from rock-solid – the main thrust has been unmistakable. Dawson has got away with murder. 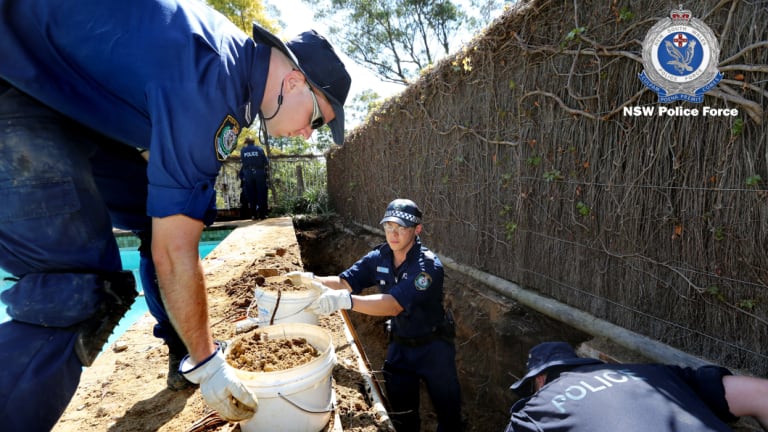 A police search for remains at the former Dawson property in September came up empty-handed.Credit:NSW Police

There's little doubt that The Teacher's Pet has played a significant role in shining an intense spotlight on the case, thereby making it all but impossible for NSW Police to sweep it back under the carpet where it had lain for so long. For that Thomas and co deserve enormous credit.

They deserve credit, too, for the evidence they've unearthed to suggest a ring of paedophile schoolteachers – both male and female – flourished in a number of high schools on the northern beaches in the early 1980s. (Commissioner Fuller said police are actively pursuing those allegations.)

But it's equally clear that, in the glare of that spotlight, finding jurors who remain genuinely in the dark on the Lynette Dawson case is not going to be easy.

It may well be that the only reasonable course of action is for the case to be heard by a judge alone but this can only happen if Dawson agrees to it. His team might figure that is a good course of action, as a judge is far less likely to be swayed by the emotional aspects of the case but there is no guarantee of a better outcome for him. Statistically, an acquittal in a judge-only trial in NSW is slightly less likely than in a jury trial.

The next steps are far from certain. But it would be a perverse outcome indeed if the case against Lynette Dawson's former husband and alleged killer were to fall over now because of the light that has finally been shone on it.