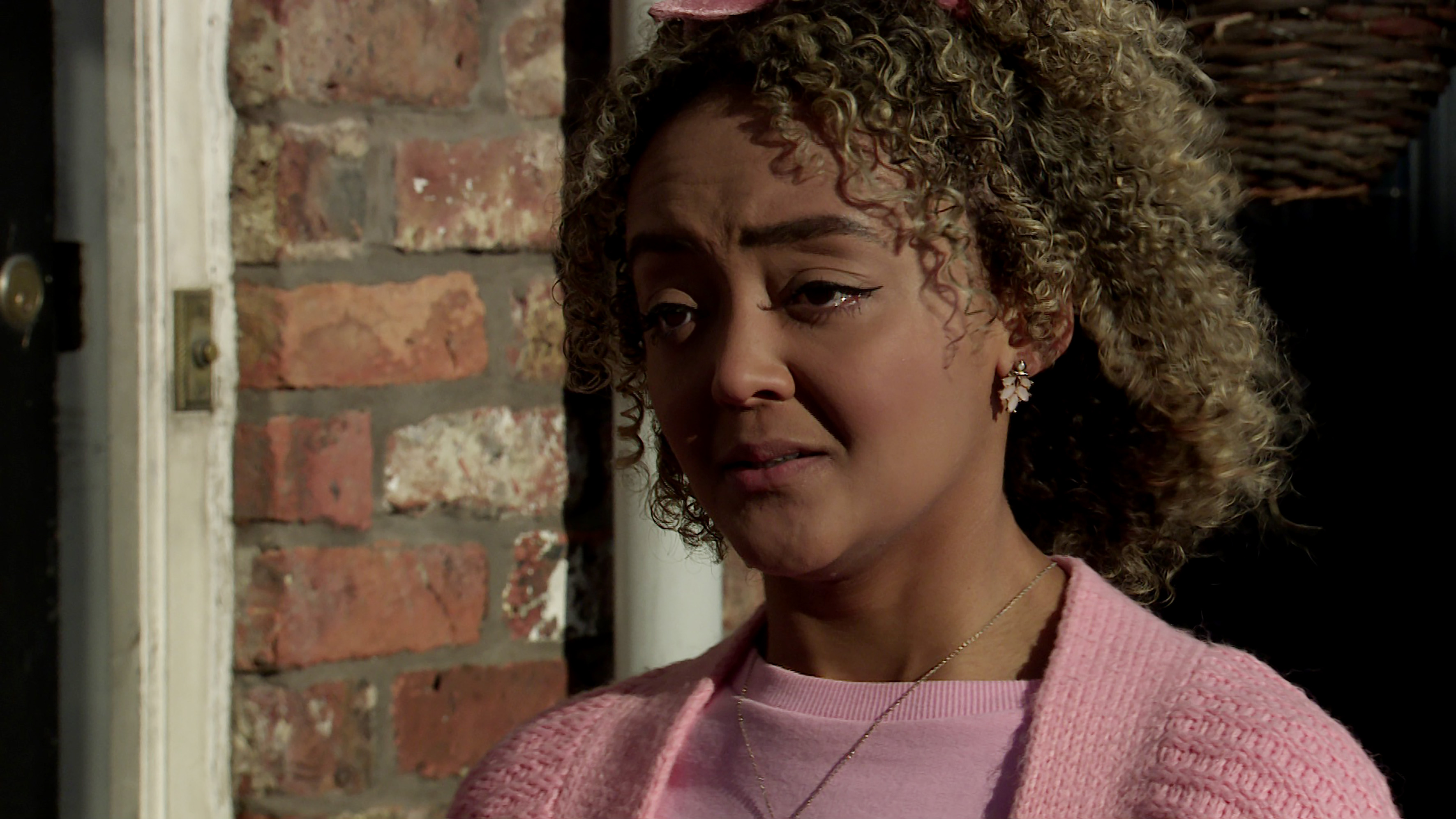 Just as there seems to be happiness on the horizon for Emma Brooker (Alexandra Mardell) on Coronation Street, it could be cruelly snatched back from her as her terrible secret about Ted comes out in dramatic fashion when Faye (Ellie Leach) blurts out to Jon that she and Emma were responsible for Ted’s death.

Alexandra Mardell told Metro.co.uk how Emma feels at that point. ‘It’s a massive shock for Emma because she wanted to tell the truth from the start and she’s only been lying to protect Faye and Craig (Colson Smith),’ she says. ‘It’s been breaking her heart and preventing her relationship so the fact that Faye blurts it out, she’s like you waited all this time and now you’ve come clean, after all that. But she’s very relieved because that’s what she wanted, at least it wasn’t her that betrayed her friends. They came clean and for Emma it’s a positive.’

Before this happens Jon and Emma have been thinking about moving to Australia to live together, after Jon inherited some money from Ted. Emma is tempted because she’s fallen for Jon, and also she has happy memories of being in Australia with her mum, Fiona Middleton. When Jon hears what Faye has to say about Ted he doesn’t react well, and Emma faces losing him.

Alexandra says that, despite this, she doesn’t think Emma could have carried on living with the terrible secret on her conscience and is glad that Faye tells the truth. ‘Especially with all the lies with Curtis, she wanted a clean slate and got tied into even more lies. It’s not Emma at all, she’s completely honest, she would never have been able to keep that in.’

Whether Emma gets her happily-ever-after is still unclear, although Alexandra does provide a hint. Talking about Emma’s family history she says she would have liked being able to explore Emma’s relationship with her mum in the show. ‘That would’ve been amazing. I do wish we could’ve explored that more but you never know in the future, we could both come back from Australia.’