The trailer reveals Tim (Joe Duttine) is riddled with guilt when he tells his caged wife (Sally Dynevor) he bedded her sister. 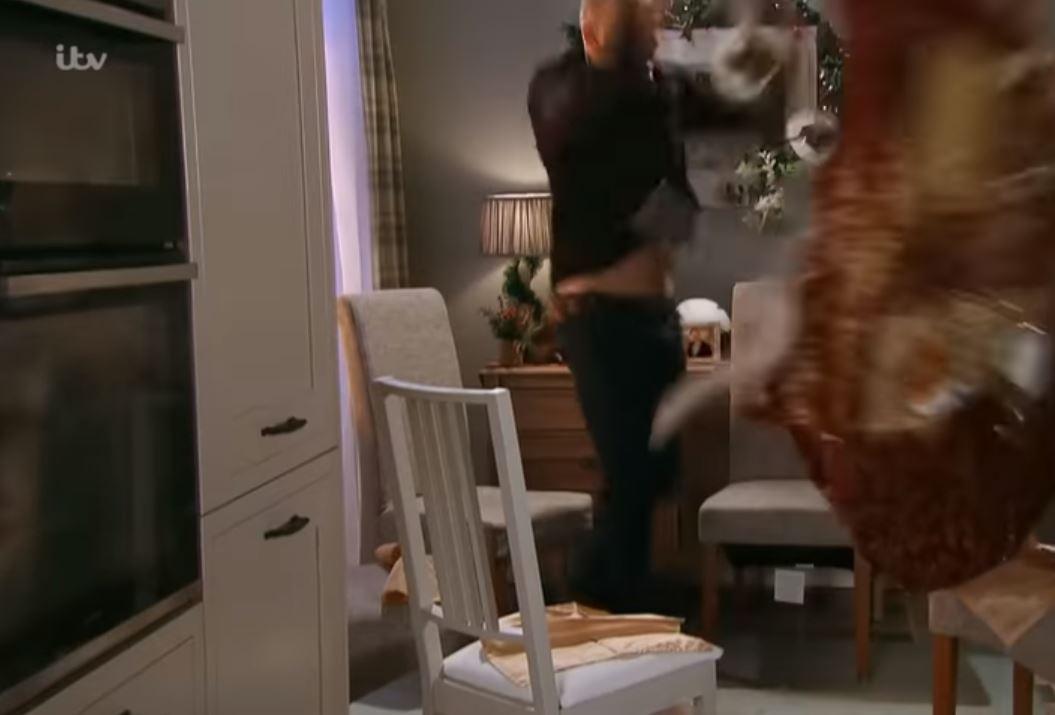 Later, he's seen down in the dumps at dinner and loses his rag, sending the table flying into the air.

The wheels are set in motion for their sordid affair when Tim invites Gina to move in with him and Faye.

And each time Sally phones home, Gina interferes and leaves them doubting their relationship.

Later, at Street Car's Christmas party with Eileen, Steve and Tracy, boozed up Tim accuses Sally of  cheating and said he wants to do the same. 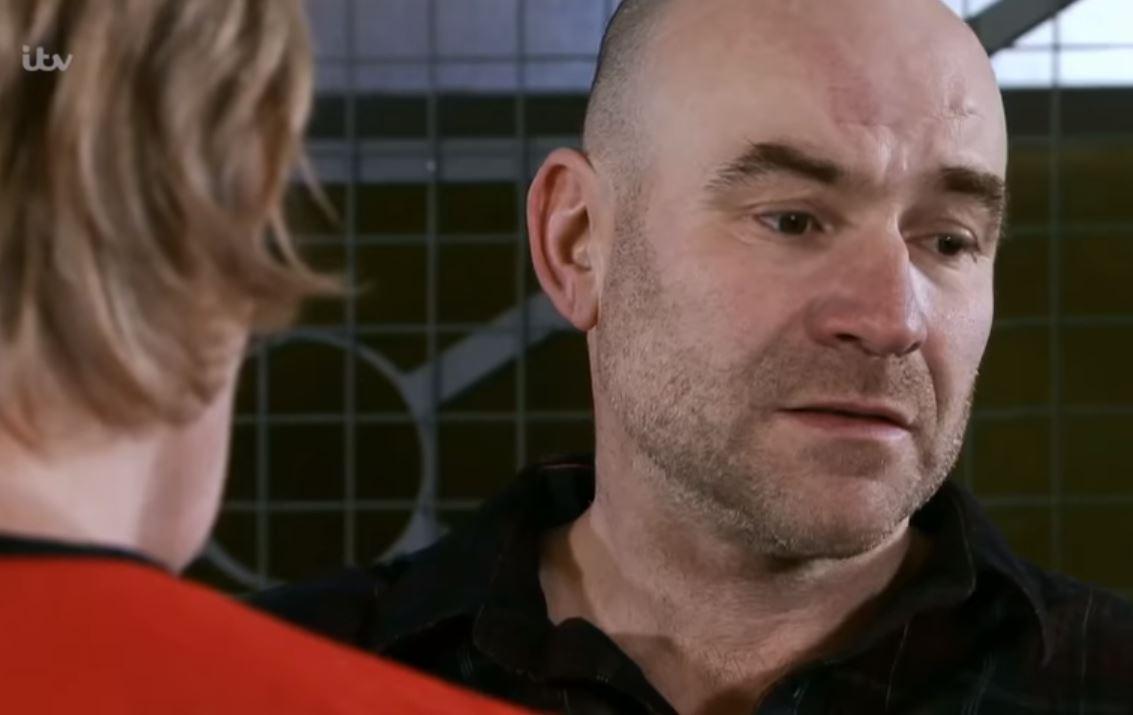 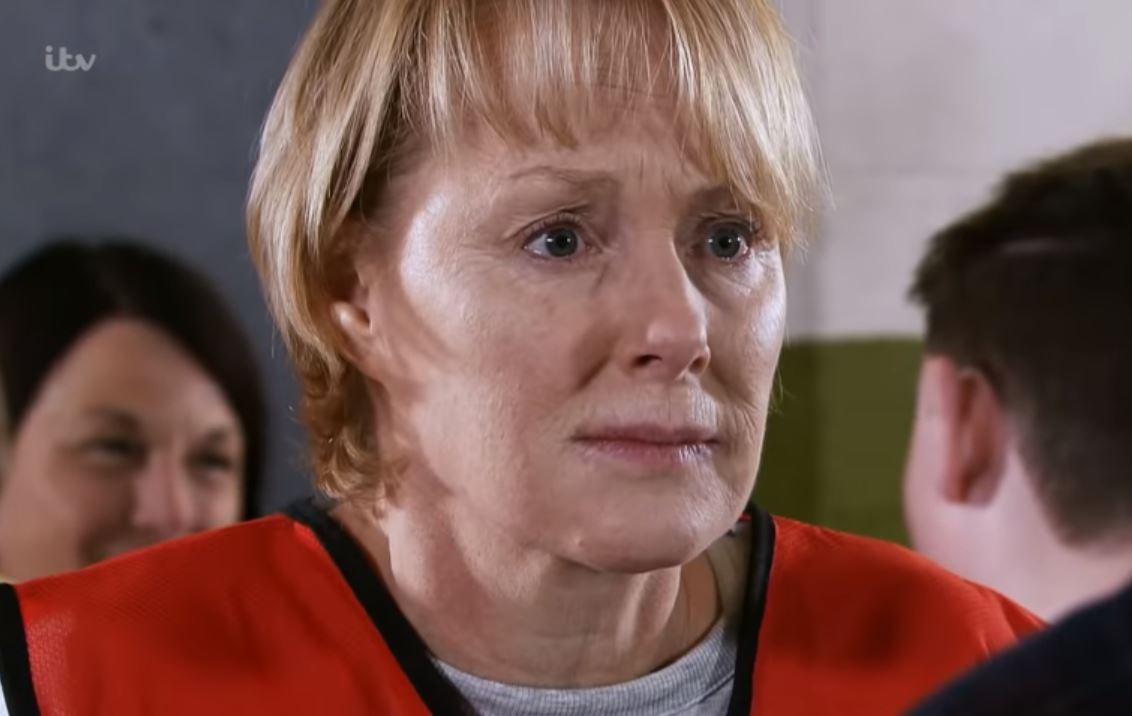 Christmas Eve is definitely not a silent night for Tim, as he wakes up after his drunken night before with 'hangxiety' – feeling that something bad has gone down.

When he gets a visiting order from Sally in prison, he confesses to Eileen Grimshaw that he isn’t sure what to do with it.

The Street Cars owner is left stunned when his daughter Faye Windass reveals the bad thing by telling him she saw him in bed with Sally’s sister, Gina Seddon. 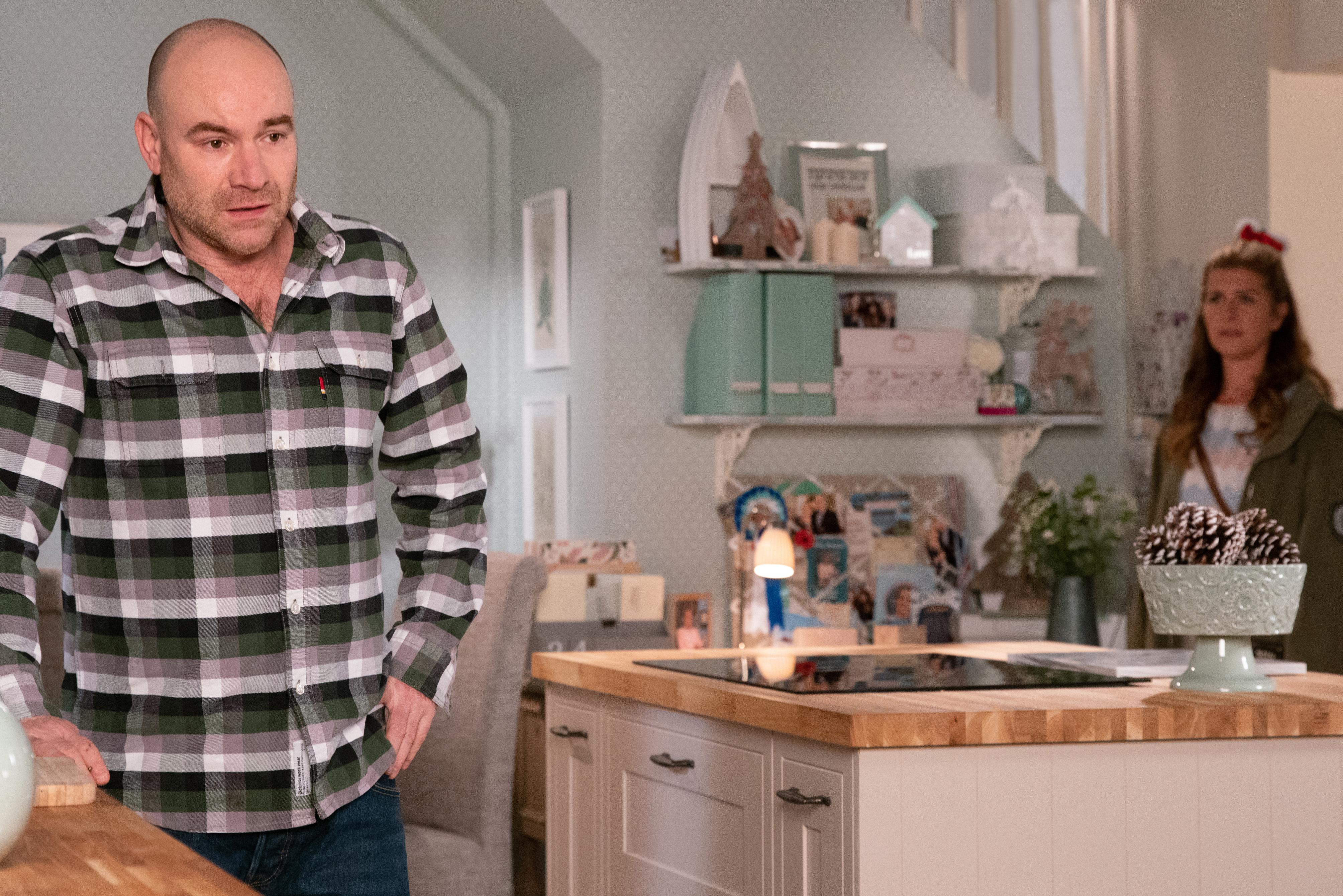 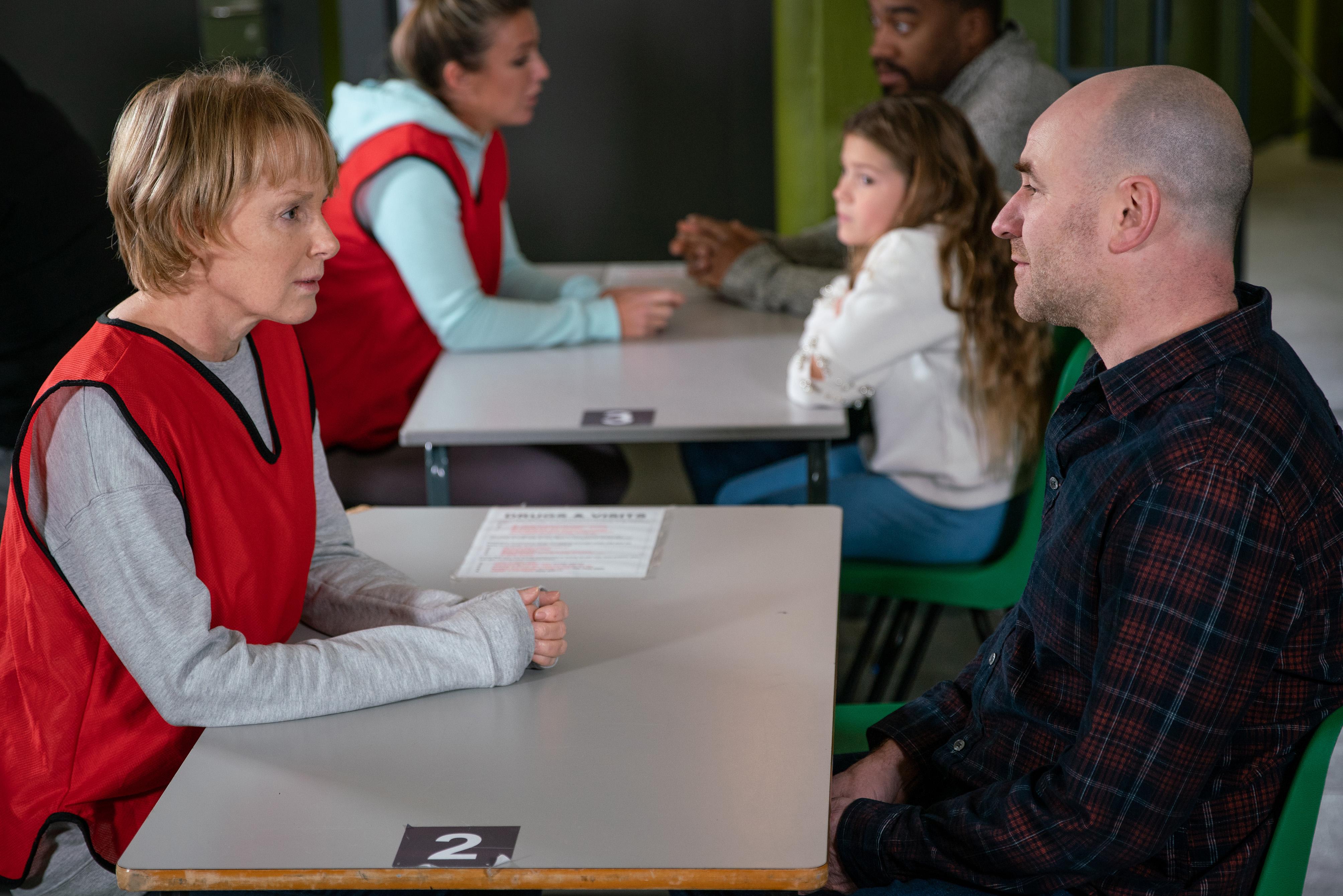 Tim is horrified by what he hears and wastes no time in telling Gina that he’s disgusted with himself for having sex with his wife’s sister while she’s rotting in prison.

While Faye isn’t bothered about her dad’s cheating, Sally’s daughter Sophie Webster is livid with him.

Gina has been developing feelings for Tim for months and the pair have grown closer since Sally has been in prison for a crime she didn’t commit.

Fans of the ITV soap have watched in horror as Gina played games with Tim and Sally’s marriage, telling each that the other doesn’t want to see them.

She also helped to convince Tim that Duncan Radfield’s claims that he’d had an affair with Sally were true. 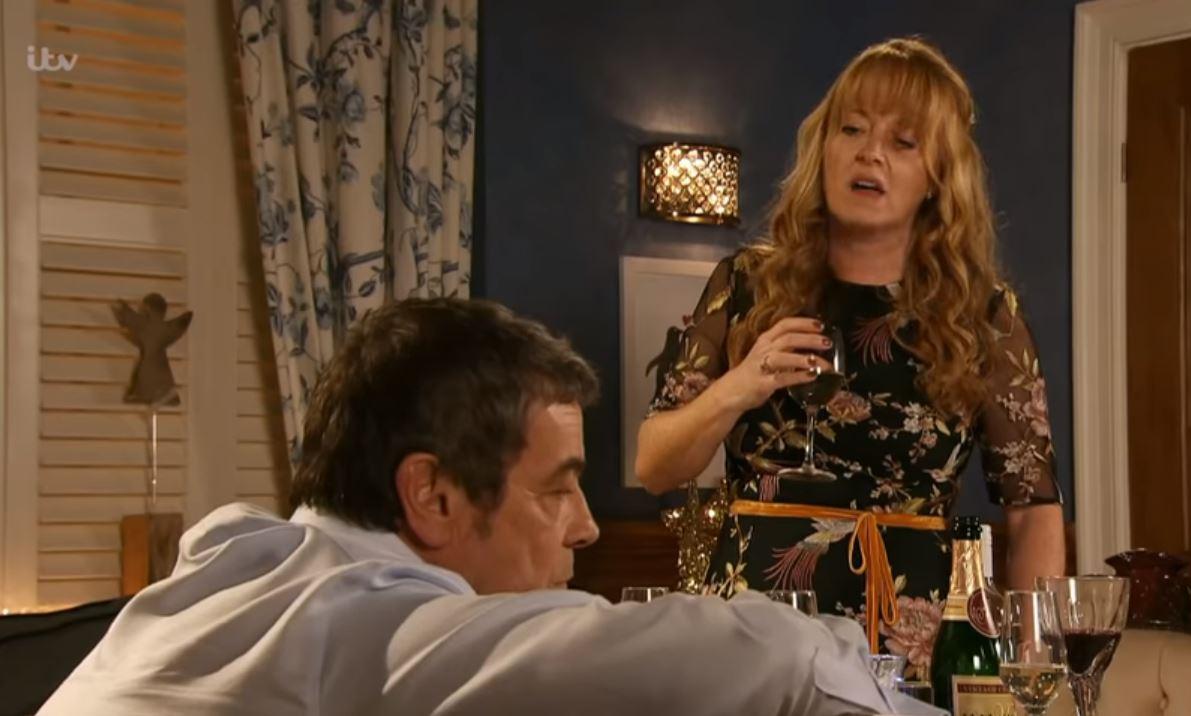 Gina – Connie Hyde – listens in on a conversation between Tim and Faye and is shocked when she overhears devastated Tim say he’s going to visit Sally in prison the following day.

He tells Faye he’s going to confess the truth to his wife about sleeping with Gina and that he doubts his marriage will survive the shocking bombshell.