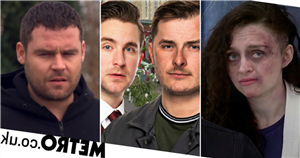 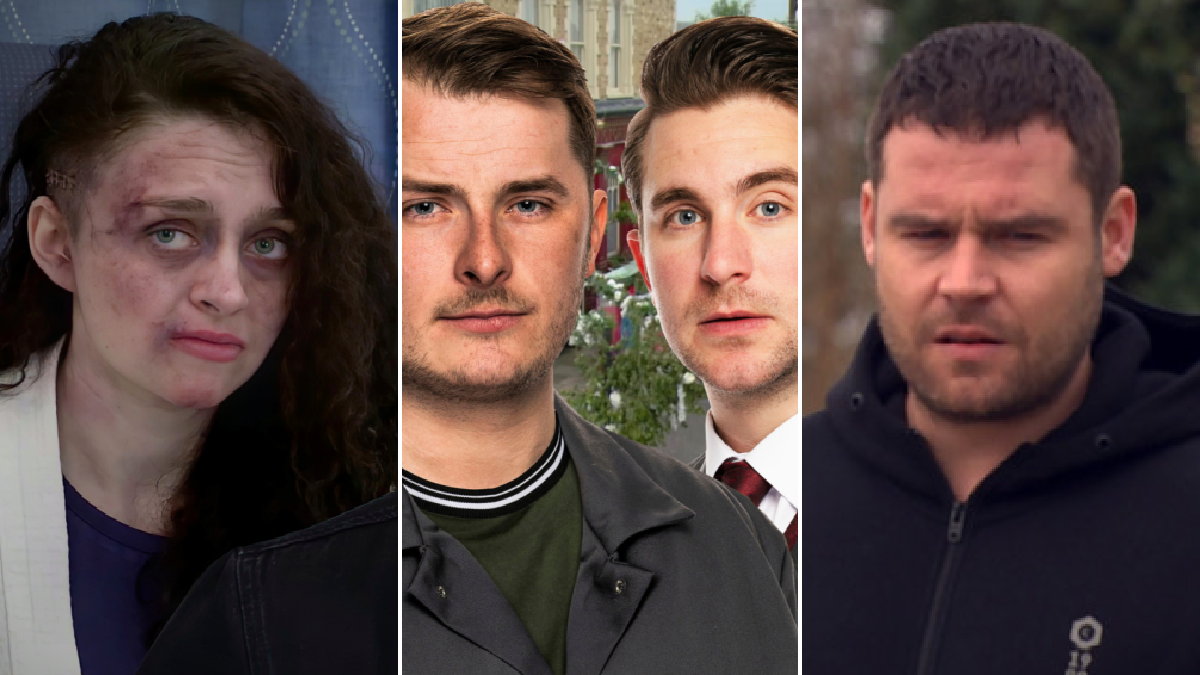 Seb Franklin’s (Harry Visinoni) sad death continues to send shockwaves through the cobbles in Coronation Street this week, as Abi Franklin (Sally Carman) sets out to avenge her son.

Wedding bells, meanwhile, are chiming in EastEnders – or are they?

Callum Highway (Tony Clay) certainly hopes so, as he turns up at the registry office to put a ring on the love of his life’s finger. The question is: will Ben Mitchell (Max Bowden) show up?

This is all but a taster of what you can expect in soapland this week, but if you’d like a little bit more info, then we’ve picked out all the must-see moments.

Abi is hellbent on finding out who attacked Seb, and therefore she quizzes Nina. Nina, however, struggles to remember anything – admitting that it’s all a blur – and therefore gets upset. A police officer later arrives on Abi’s doorstep, and reveals that they’ve charged someone – confirming that Nina’s appearance seemingly triggered the attack.

Callum and Ben’s wedding in EastEnders

Callum wakes up on the morning of the wedding with jitters – terrified that Ben won’t show up in the wake of the truth about his undercover op being exposed. Ben, meanwhile, shows no signs of getting ready, prompting Phil to question him about what happened between he and his lover. Ben refuses to open up, but Stuart inadvertently puts his foot in it and reveals all about Callum’s undercover operation to Phil – leaving him seething!

Having discovered that Mack stole Brenda’s brooch, Aaron pleads with him to return it, but he refuses to do so. Eric, meanwhile, is forced to explain to Brenda that he’s only got eyes for her, but she ends their relationship. Determined to make things right, Aaron steals the brooch back from Mack and sets about returning to its rightful owner, but Eric catches him in the act and clobbers him with a baseball bat!

Cleo faces the music in Hollyoaks

Cleo – still concerned about her patient Tommy – investigates, while Toby hatches a plan to seek revenge on the young lad’s stepdad Adrian. Later, Cleo is concerned that both she and her beau could be in trouble when DS Cohen arrives at the hospital, and she’s forced to lie to protect herself.

Kelly is interviewed by the police in Coronation Street

Kelly’s worst fears are soon realised, as the police arrive and take her away. Terrified, she refuses to answer any questions and, afterwards, she visits Corey – admitting that she thinks they should come clean. Corey, however, sends her packing! Toyah, meanwhile, tries to get Kelly to tell the police the truth, but Laura returns, and orders her daughter to keep quiet!

Nancy and Linda continue to fight in EastEnders

Nancy struggles to speak to Linda, who refuses to support her decision to not have children. She later opens up to Sharon, but they’re interrupted by flirty Zack, who then takes Nancy for a drink. Nancy jokes that he can help her by acquiring her a toothbrush, but charming Zack takes her suggestion a bit literally as he heads off to the Vic to pick hers up!

Jimmy makes a decision in Emmerdale

Jimmy confides in Mandy about his struggles, and Mandy reckons he needs to put Carl first when considering his plea. Therefore, he invites Juliette around for a chat, and later reveals to Nicola that he’s intent on pleading guilty – and there’s nothing she can do to stop him. Nicola is horrified, but Jimmy refuses to discuss the matter further.

Martine is preparing to receive her biopsy results – on the same day the winner of Dee Valley Business Woman of the Year is revealed. Grace tells her that she can accept help, and decides to tag along with Martine as she heads to hospital – determined to support her.

Nina decides to pack a bag and discharge herself from the hospital in the hopes that revisiting the scene of the attack will jog her memory. Roy, however, arrives in the nick of time and talks her out of such a thing. Evelyn, meanwhile, returns and, while in the cafe, she’s rude about Kirk’s IQ. Roy is livid, and likens her vitriol to that suffered by Nina, and thus throws her out!

Bernie gets bad news in EastEnders

Rainie accompanies Bernie to her appointment at the doctors, and unfortunately it’s not all good news. The doc informs Bernie that there are a number of factors that could result in complications with a potential pregnancy. Rainie displays doubts in the wake of this information, but Bernie attempts to convince her to proceed as planned.