Yasmeen (played by Shelley King) took Stu (Bill Fellows) under her wing and hired him to work in her restaurant months ago after finding out he had been living on the streets. He has proven himself to be a good worker and friend to Yasmeen and other Weatherfield locals, but could he be hiding a dark secret? Coronation Street fans might end up worrying for Yasmeen once again as it could emerge Stu is a dangerous killer.

Recent episodes of the ITV soap have seen a disappointed Stu upset over the fact his estranged daughter doesn’t want to know him.

Official spoilers confirm Yasmeen will intervene to try to help out her friend, but this could be a huge mistake.

In upcoming scenes, a furious Stu berates Yasmeen for getting involved when he discovers that she has found Bridget’s address.

But when Kelly Neelan (Millie Gibson) urges him to try and make contact with Bridget, Stu decides to give it a try.

He gets to Bridget’s address and knocks on the door, but she panics and orders him to leave. 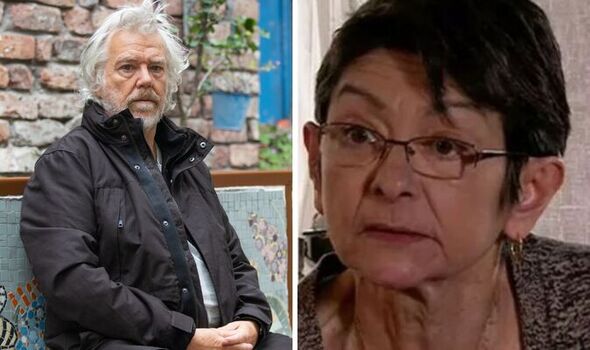 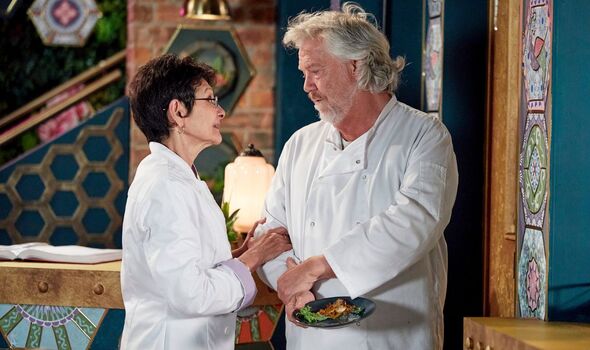 Corrie fans will see Stu begging his daughter to hear him out as he tries to assure her that he never hurt anyone, but what does he mean by this?

Stu later apologises to Yasmeen for snapping and lies to her about Bridget.

He tells her it was the wrong address – what is he hiding?

Meanwhile, Stephen Reid (Todd Boyce) flirts with Yasmeen, but she isn’t interested, with her attention firmly on another resident of the cobbles.

She soon makes it clear to Stu that it is him she has her eye on, not Stephen. 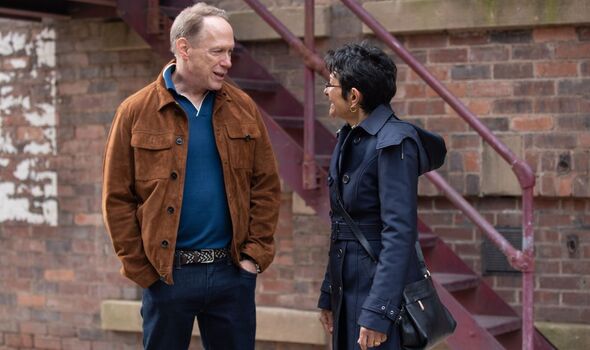 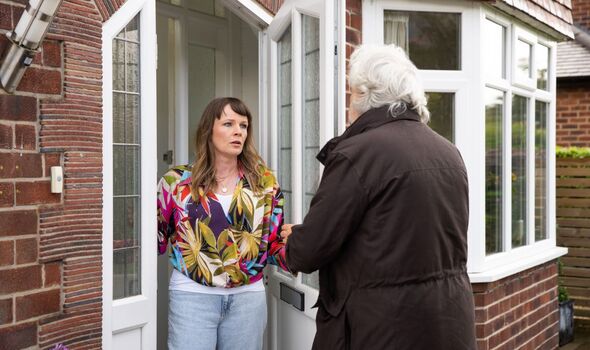 When Glen, an old friend of Stu’s, calls into Speed Daal, the latter is delighted to see him.

Glen informs Stu he is hungry but short of money, and the waiter attempts to subtly help his old friend.

Yasmeen pretends not to notice as Stu takes a £20 note from his pocket and places it in the till.

Later, she compliments Stu on his kindness.

When Stu suggests that they sell all the restaurant leftovers at a knockdown price to people in need, Yasmeen thinks it’s a wonderful idea.

Stu calls a meeting with some of the locals to discuss their leftover food plans.

Although he seems harmless and kind, could Stu be wearing a disguise?

It seems his daughter is afraid of him and he had to try to convince her he didn’t “hurt” anyone.

This implies he could have once been a violent criminal, could he have gone as far as murder?

Not much is known about Stu’s past other than he isn’t in contact with his family.

Could Stu have killed his ex-wife, Bridget’s mother?

It’s possible he went to prison, and after being released was sleeping rough until Kelly befriended him and Yasmeen hired him.

It wouldn’t be the first time Yasmeen has been in danger at the hands of a violent man.

Fans will remember the violence she suffered when she was married to Geoff Metcalfe (Ian Bartholomew), who emotionally and physically abused her.

Could she be falling back into the arms of another dangerous man?

Perhaps Stu only helped Glen out financially because he knows all about his past, and Stu wants him to keep quiet.

With Yasmeen professing her feelings for Stu, she could find herself in dangerous territory.

It’s possible Stu will begin to show his true colours if the two start a relationship.

Will she be able to spot the signs and leave before Stu can start hurting her? Or could Yasmeen be Stu’s next victim?

Coronation Street continues on Wednesday at 8pm on ITV.