Things then go from bad to worse for the couple as he finds a note when he returns home saying she’s made the spare bed up for him to sleep in.

She suggests they spend some time apart after she accuses him of shutting her out.

Begging Sal not to give up on him, he confides to Aggie in Victoria Garden about his troubles after the pair have been growing closer over the past few weeks. 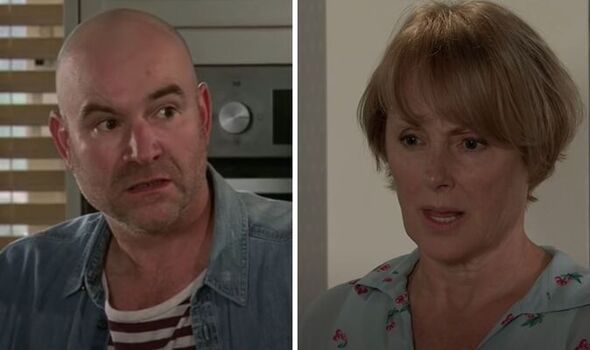 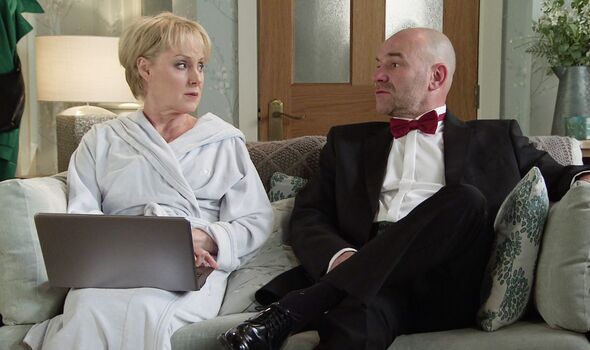 Being his shoulder to lean on, Aggie urges him to share his concerns with Sally.

Taking her advice, Tim reveals to Sally that since his big heart scare he’s had a fear of dying.

Sally is left curious as to what has finally prompted Tim to open up as he fails to mention his conversation with Aggie.

Later that week, Aggie tries to help her friend by giving him a book on how to cope with death and urges Tim to read it. 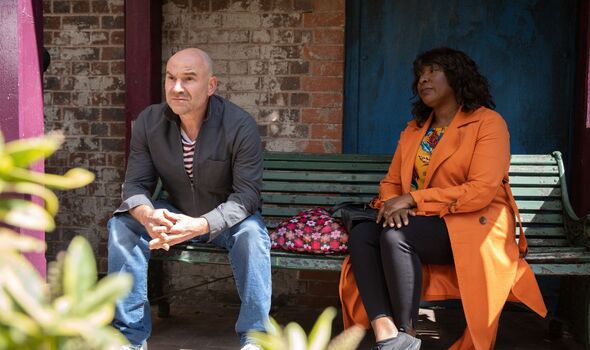 After ignoring his issues, Sally is proud that he is finally tackling his problems head-on.

However, Tim fails to mention that the book and opening up were all Aggie’s doing.

It looks as though Sally’s concern’s at the start of the year about Tim being unfaithful could be coming to fruition.

Tim and Aggie may not be the only two in the ITV soap who could be involved in a new rendezvous either.

With Ryan Connor (Ryan Prescott) and Debbie Webster (Sue Devaney) having financial struggles, their issues could spark a new romance.

They’ve both been under an immense amount of pressure to pay off their never-ending debts and the businesswoman comes up with a potential solution.

ITV spoilers have revealed Debbie tells Ryan to stage a break-in so they can claim on the insurance.

Although she starts to have second thoughts, he insists they go through with it as he plans to cut the electricity on Casino Night and take the cash from the safe.

Despite thinking they’ve got away with it, Ryan is seen clearly on the CCTV committing robbery and is arrested on suspicion of theft.

Not long after Debbie is accused of orchestrating an insurance scam.

Although he calls her from the police station and threatens to reveal all about their plans, could he have developed feelings for her over the past weeks and find it hard to get her into more trouble?

Coronation Street airs on Mondays, Wednesdays and Fridays at 8pm on ITV.